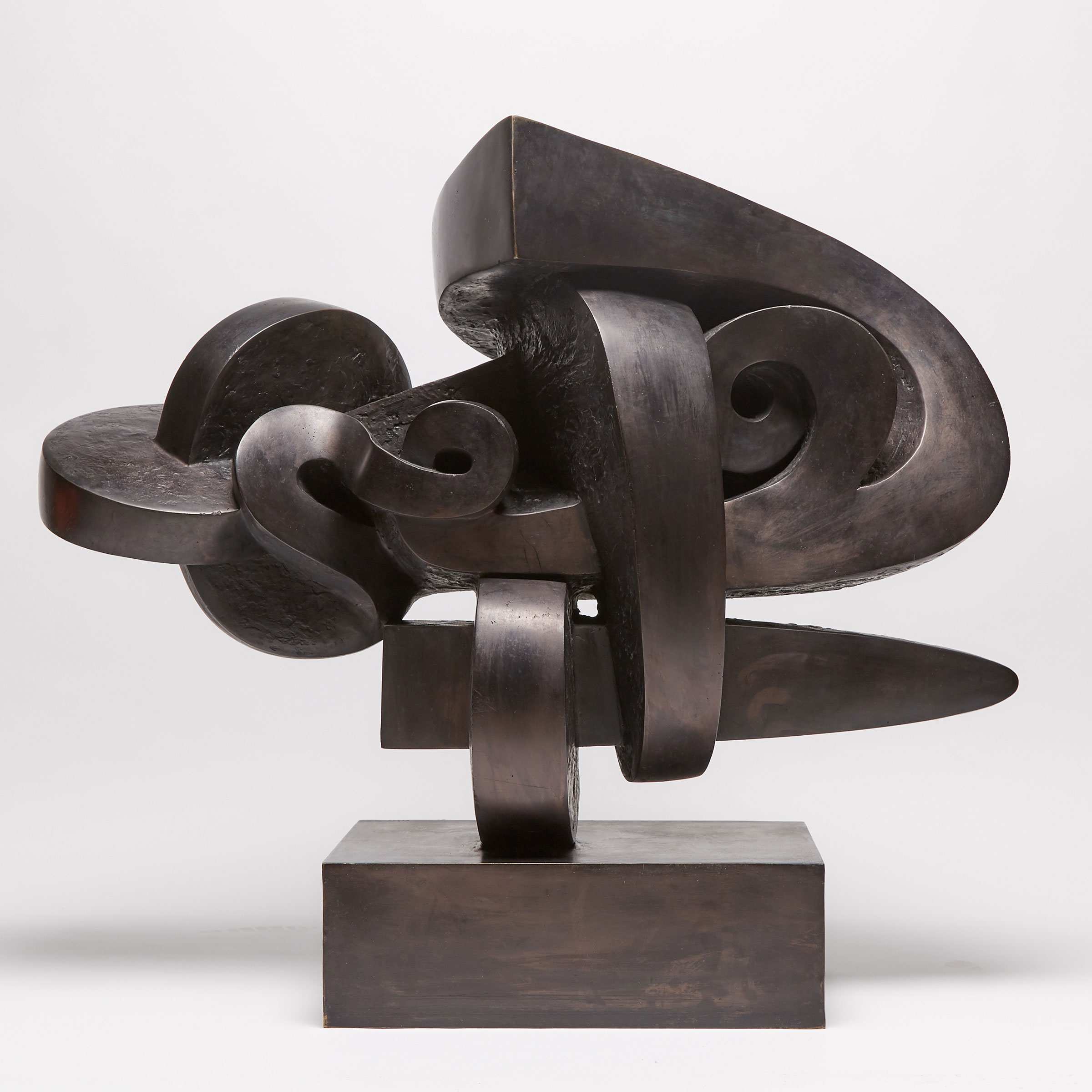 Pierre Restany described Sorel Etrog as an artist who was “striving to exorcise his memories”.

Etrog was born in Iaşi, in north east Romania into a vibrant community. Nearly half the city’s population was Jewish. But in 1941, German troops entered the city and life changed dramatically for all of the town’s inhabitants. Restany recounts that Etrog recalled the hunger and horror (such as mock executions) that ensued. He continues: “Such memories of terror and fear form part of the ineluctable procession of the artist’s obsessions, a burden that would be inhuman were it not to be shared with others.” In 1950, the Etrog family was able to emigrate to Israel. Etrog was just seventeen years old. He attended art school in Tel Aviv and completed his military service and became active in the artistic life of Tel Aviv from 1956-58.

For about eight years prior to the creation of War Remembrance, Etrog’s primary concern was a series of works known as his Painted Constructions. The last of these was made around 1958. War Remembrance (1960-61) forms part of an early (first) group of bronzes by the artist which date from 1959-1963 and precede the Links works (see lot 91). This lot was inspired by the memory of the death of a soldier. Compositionally, the work is dominated by a large triangular dart positioned horizontally (perhaps a soldier’s bayonet), which pierces the two lower discs with a powerful forward thrust.

The early 1960s were a productive time for Etrog. Creativity fed success and success fed creativity; his reputation grew to attract the attention and patronage of Canadian and international collectors – both institutional and private. There were exhibitions of his work in Toronto (at Walter Moos Gallery – an early champion of Etrog), Montreal (at Dominion Gallery), New York (at the Rose Fried Gallery, where Etrog had first met Sam Zacks, his great patron, who “changed the artist’s life overnight.”) and in Los Angeles (UCLA also owns a bronze of War Remembrance).

War Remembrance is surely among Etrog’s most recognizable and important bronzes. It is a linchpin between the earliest works like Hasidic Head, 1959 (Hirshorn Museum, Washington and Shaw Festival Theatre, Niagara-on-the-Lake) and Sunbird (collection of the Art Gallery of Ontario) and contains the seeds of the germinal idea that would lead to the Links works that follow.

Provenance:
Estate of the artist
The Friends of the Canadian Museum for Human Rights, Winnipeg 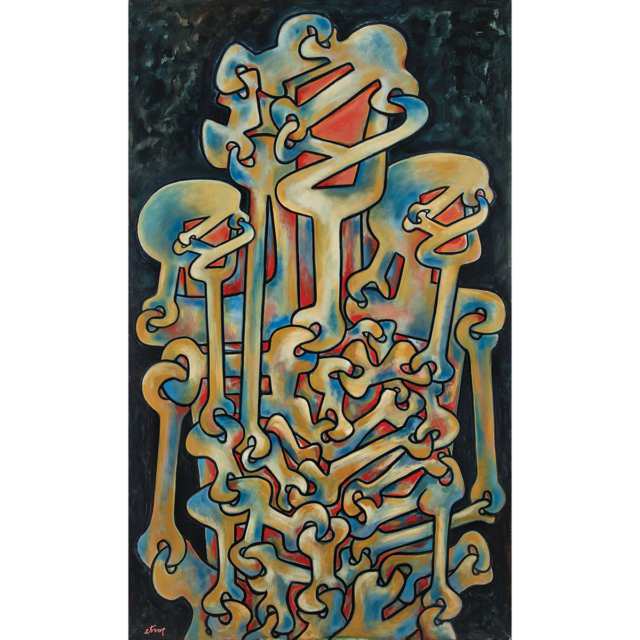 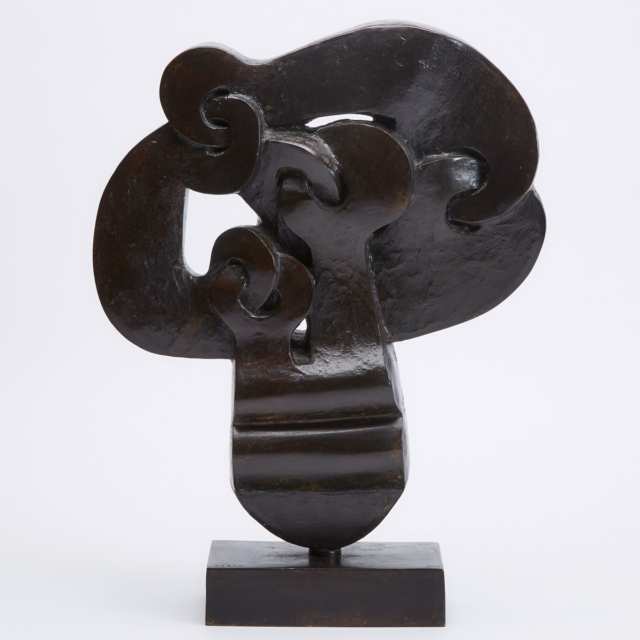 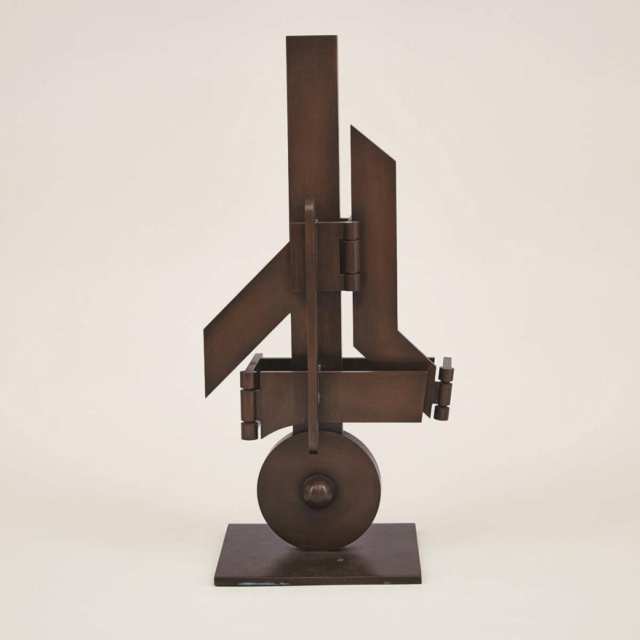 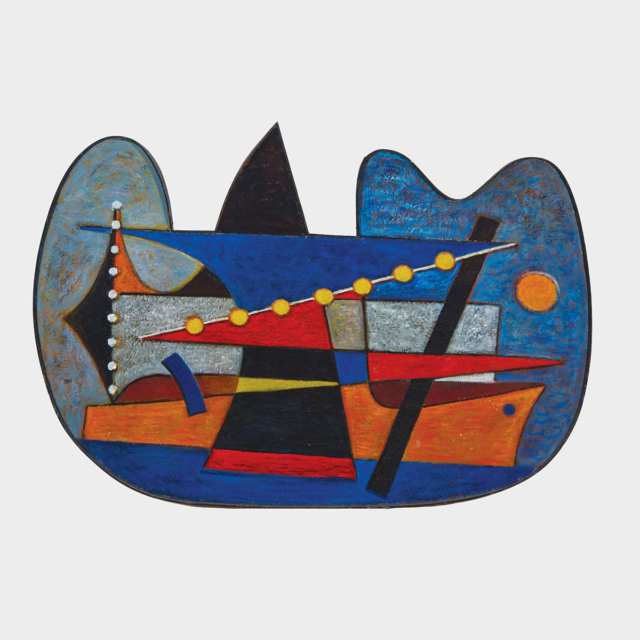 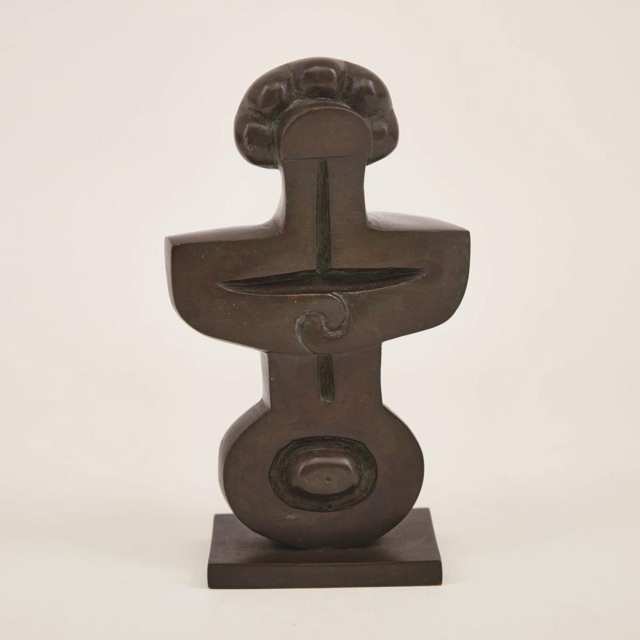 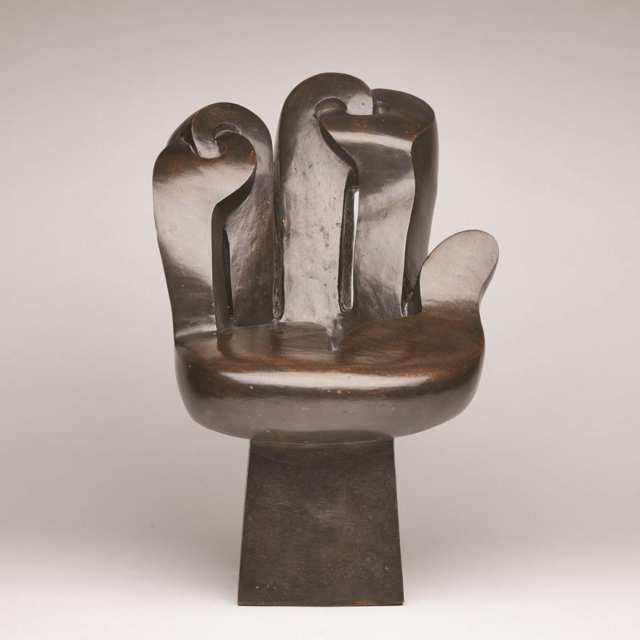 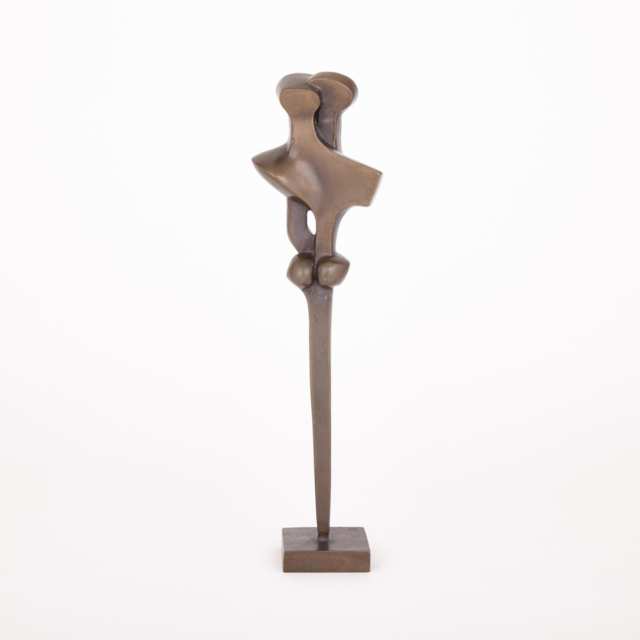 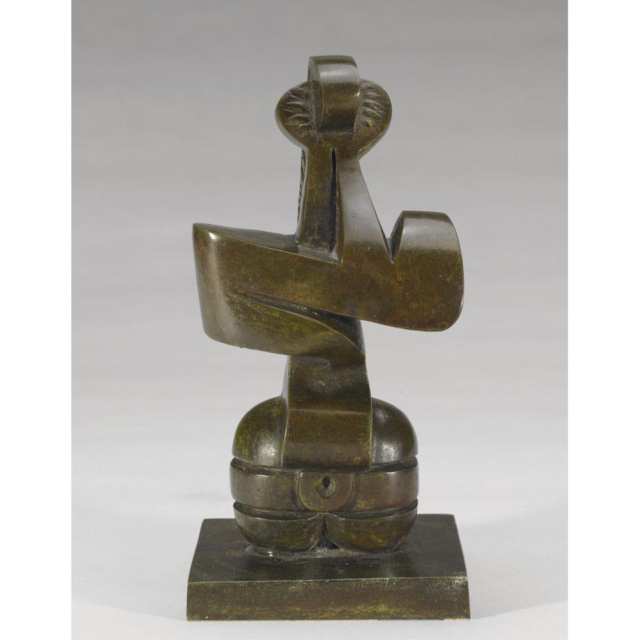