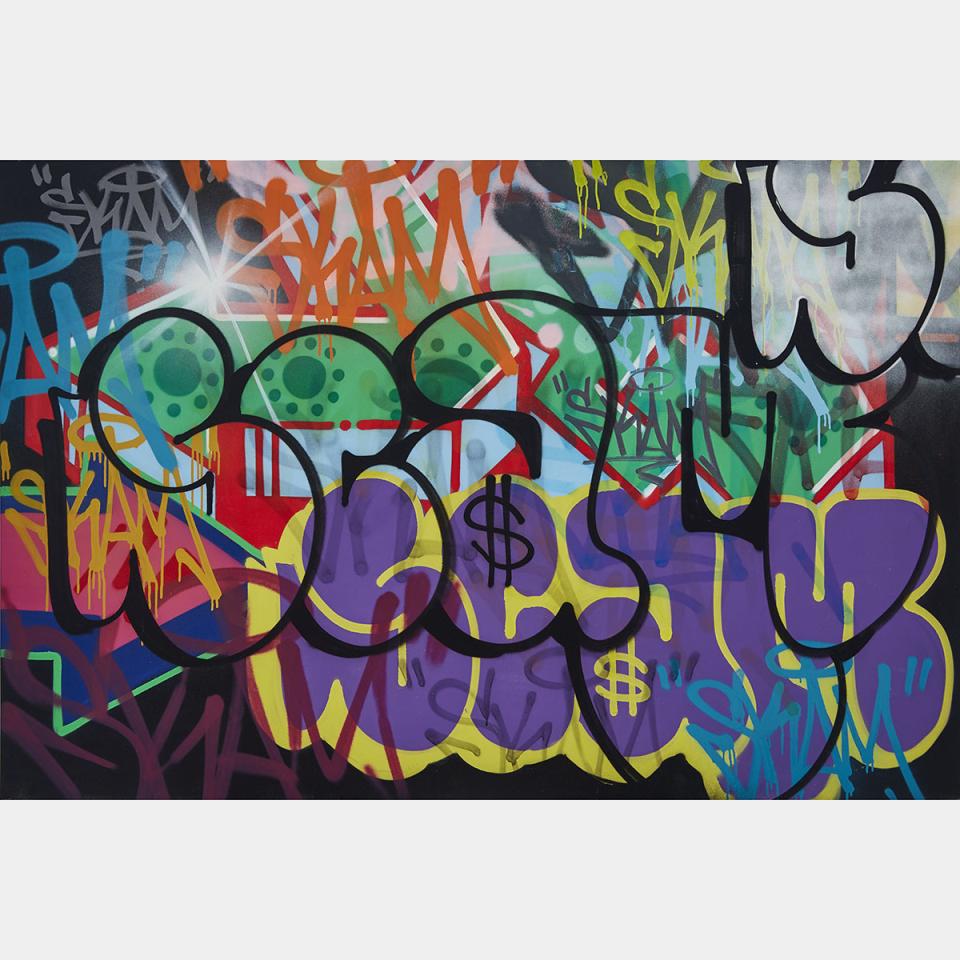 “The concept behind tonight’s exhibition is being able to show street art in the context of Canadian contemporary art. And helping validate what happens on the street with what happens in the galleries,” says Waddington’s VP Stephen Ranger

Graffiti artist Skam’s murals are all over downtown Toronto – he’s been painting alleys, laneways, commercial walls and rooftops in solo works and collaborations since the early 90s. On Wednesday (April 12), auction house Waddington’s hosted an intimate reception in honour of his work, works sold from hundreds to a few thousand dollars each.

“Graffiti art is therapy for me. I come from a very rough childhood,” he says. “Graffiti, in all honesty, has saved my life. When I paint, I don’t even know where I am. All my problems go away.”

Skam produces street art weekly and estimates to have produced 1500 to 2000 pieces, from Toronto to Paris, and which are often wholly financed by himself and for free public consumption rather than profit.

True to the spirit of hip-hop, out of which his style emerged in the 70s, Skam’s work is fundamentally about self-expression, one that strikes an impressive balance between explosive colour (chaos) and linear typography (order). Despite only being four letters, Skam’s name has been visually rendered by the artist in countless ways over the years, testifying to a creative imagination that hardly wanes with time.