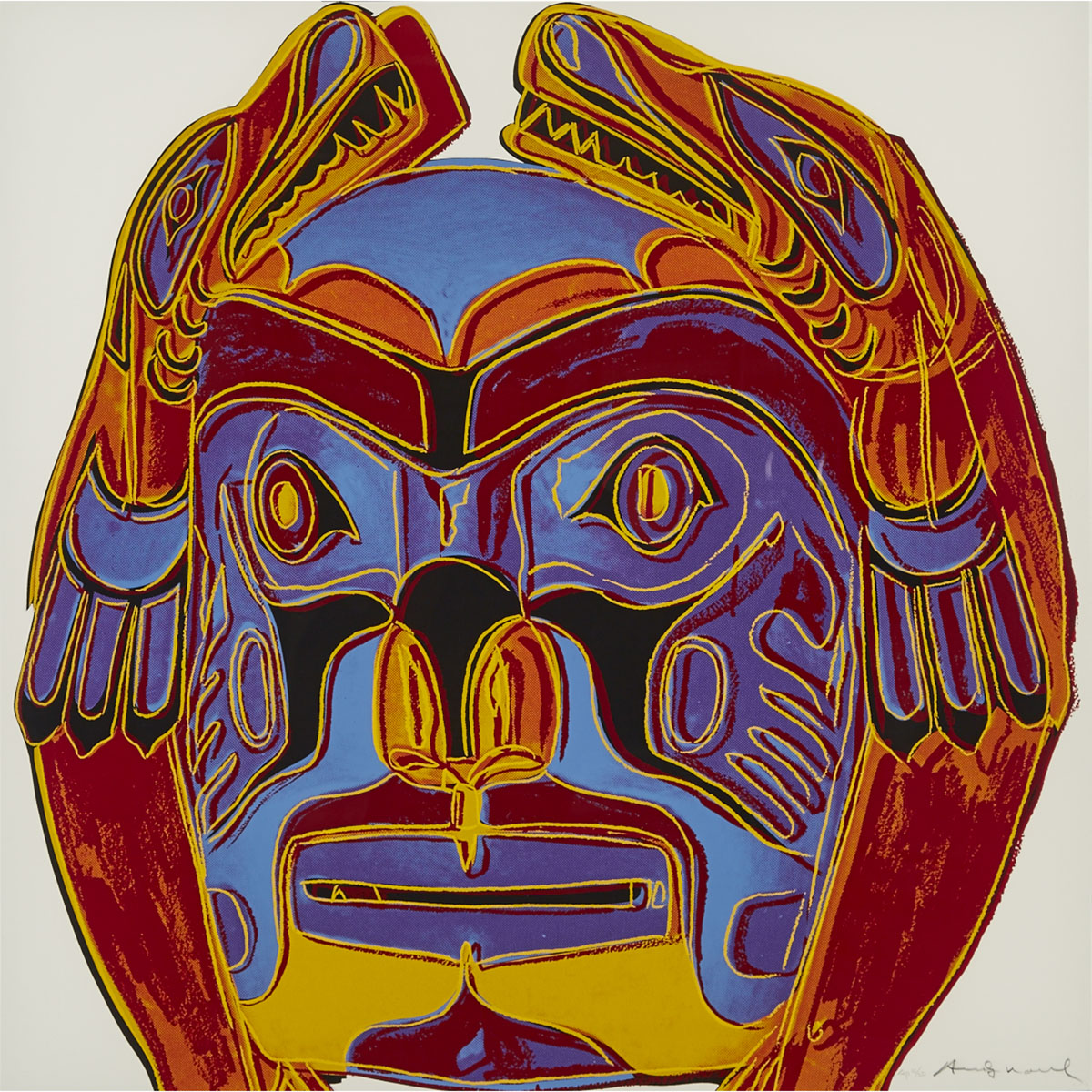 Colour silkscreen on Lenox Museum Board with the blindstamp of the printer Rupert Jasen Smith, New York lower left; signed by Warhol in black crayon and numbered AP 10/50 in pencil. Published by Gaultney Kilneman Art Inc., New York, New York. Aside from the edition of 250.
Sheet 36" x 36" — 91.4 x 91.4 cm.

Andy Warhol was an iconic American artist, director, producer and celebrity who was a leading figure in the visual art movement known as pop art. He was famous for exploring popular culture in his work, using brands like Coca Cola and Campbell’s Soup.

His numerous contributions to popular culture include the phrase 15 minutes of Fame – derived from his quote “In the future, everyone will be world–famous for 15 minutes“, which appeared in the program for a 1968 exhibition of his work in Stockholm, Sweden.

Many of his creations are very collectible and highly valuable. The highest price ever paid for a Warhol painting is US$105 million for a 1963 canvas titled Silver Car Crash (Double Disaster); his works include some of the most expensive paintings ever sold.

A 2009 article in The Economist described Warhol as the “bellwether of the art market”.

Northwest Coast Mask is a screenprint from the series Cowboys and Indians. In this series, Warhol explores the Old West as an All-American collective history. Pursuing his fascination with the dichotomy between appearance and reality, Warhol’s work is a commentary on mass media and the way in which contrived imagery can affect how a society understands and perceives its history.

The Cowboys and Indians series is exemplary of how Andy Warhol utilized heavily embedded images derived from popular culture. Images like Northwest Coast Mask and Kachina Dolls, represent tokens of native culture, whereas figures like Geronimo, Annie Oakley and Mother and Child are based on characters in the Hollywood adaptation of our history, which do not truly represent the roles that these individuals historically played. Rather than portraying Native Americans within their historical landscape, or Cowboys in their veritable forms, Warhol chose to portray a popular, romanticized version of the American West. The West that he chose to represent is familiar to everyone and can be seen in novels, films and TV series. Warhol’s Cowboys and Indians Suite is an ahistorical representation that mirrors a popular interpretation of the American West.

Andy Warhol created the Cowboys and Indians series during the mid-1980s, arguably his most prolific period. During this time, Warhol was forming bonds with a number of younger artists in the New York art scene including Jean-Michel Basquiat, Julian Schnabel and David Salle. Warhol saw a re-emergence of critical and financial success during this period of his life. 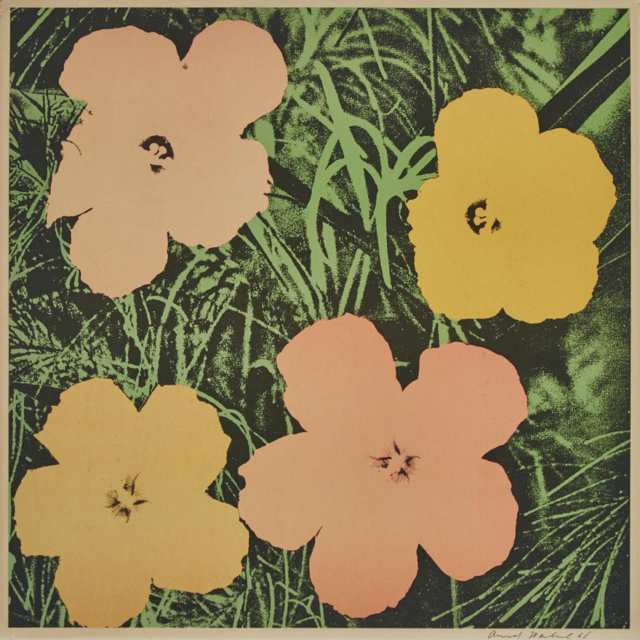 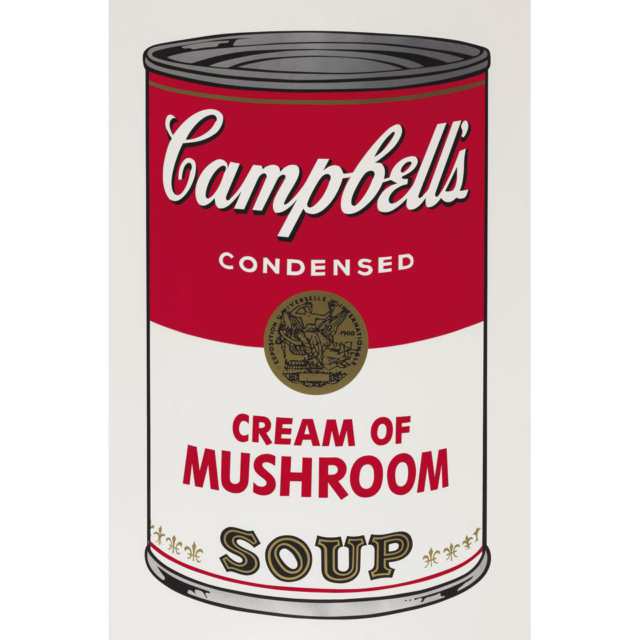 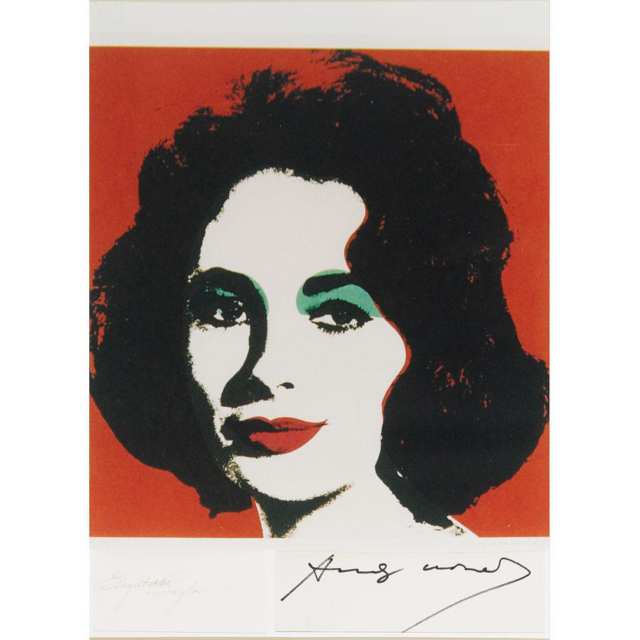 Colour reproduction of Warhol’s famed lithograph of 1965 mounted together with autographs of both the artist and actor including: Andy Warhol’s black felt-tip pen signature; and a rare autograph signature of Elizabeth Taylor’s in green pen and ink.
13.0" x 10.5" (33.0 cm x 26.7 cm) 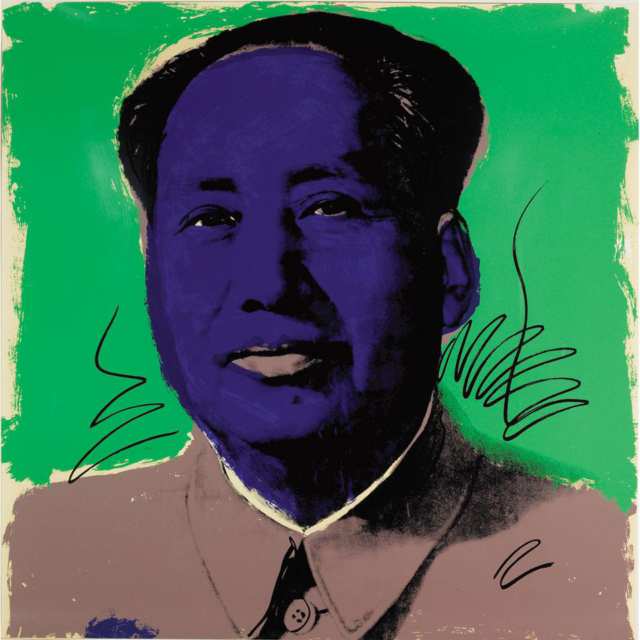 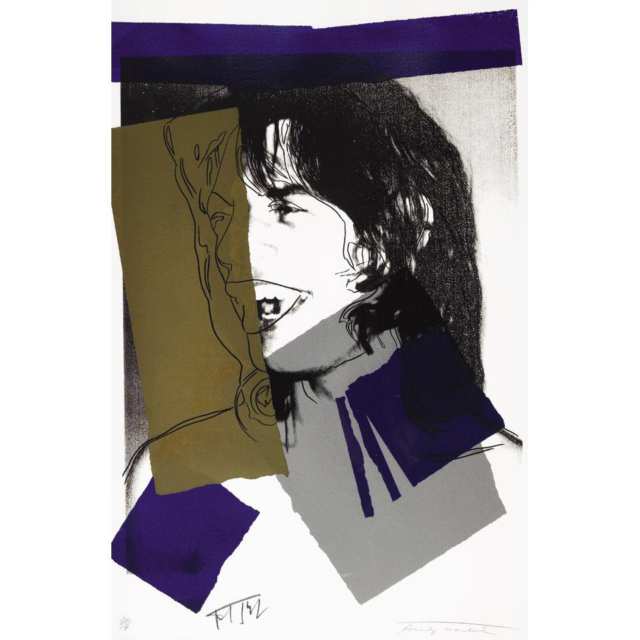 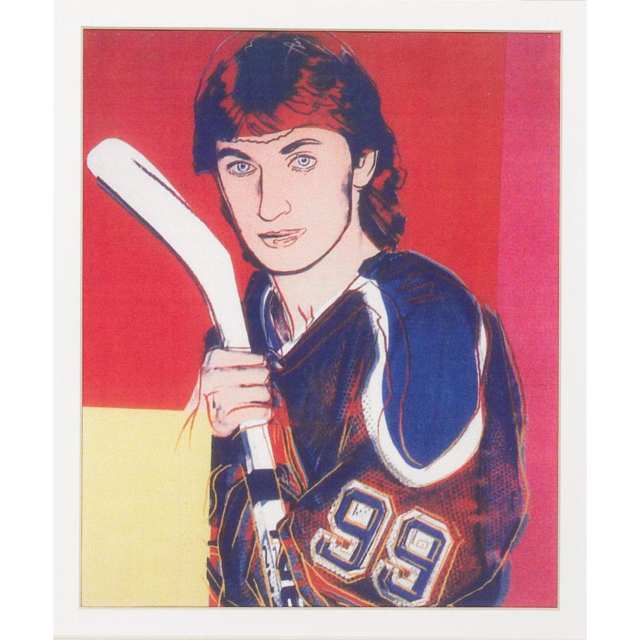 Colour reproduction of Warhol’s original work mounted together with an inscribed autograph signature of Wayne Gretzky with his celebrated number 99 in pen and ink
3.0" x 3.0" (7.8 cm x 7.8 cm) 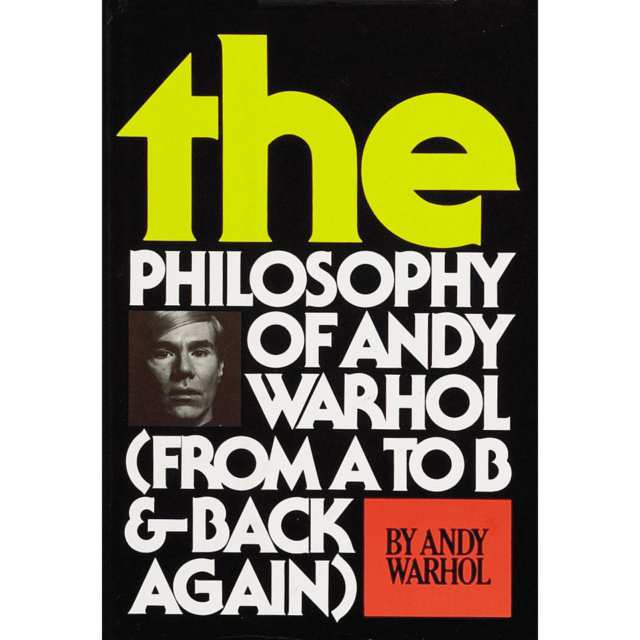 BOOK: THE PHILOSOPHY OF ANDY WARHOL (FROM A TO B & BACK AGAIN)

Harcourt Brace Jovanovich, New York and London, 1975. Autographed copy signed and dated in black felt-tip pen, Canada 1975 with annotation: To George Campbell / Bean Soup, with love with doodle of a soup can on titlepage and with pen and ink drawings within the text including: a drawing of a soup tin on pg. 53; and another on pg. 95 signed with the artist’s initials. 241 numbered pages. Hardcover with printed jacket.
8.5" x 5.8" (21.6 cm x 14.6 cm) 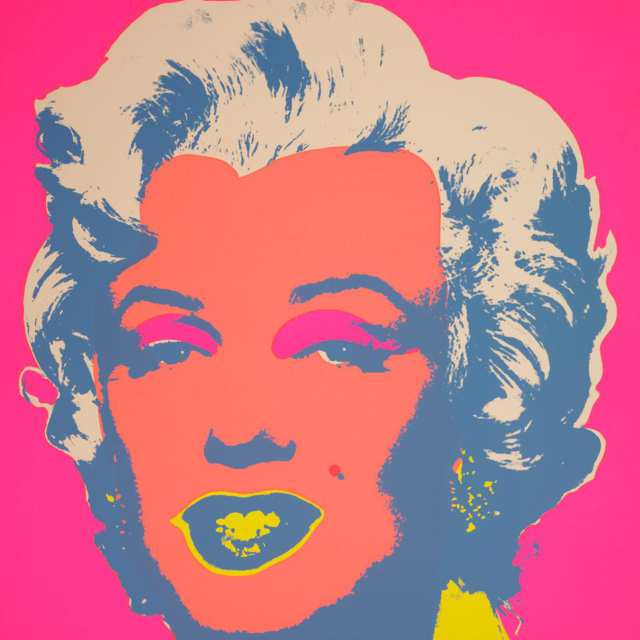 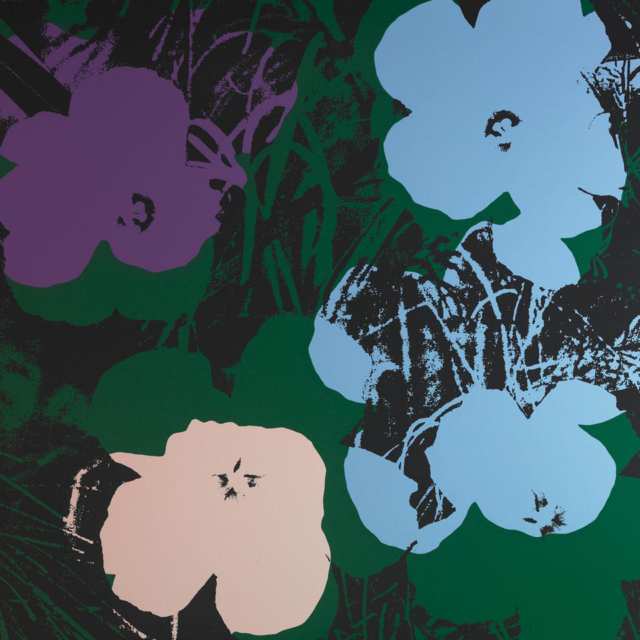