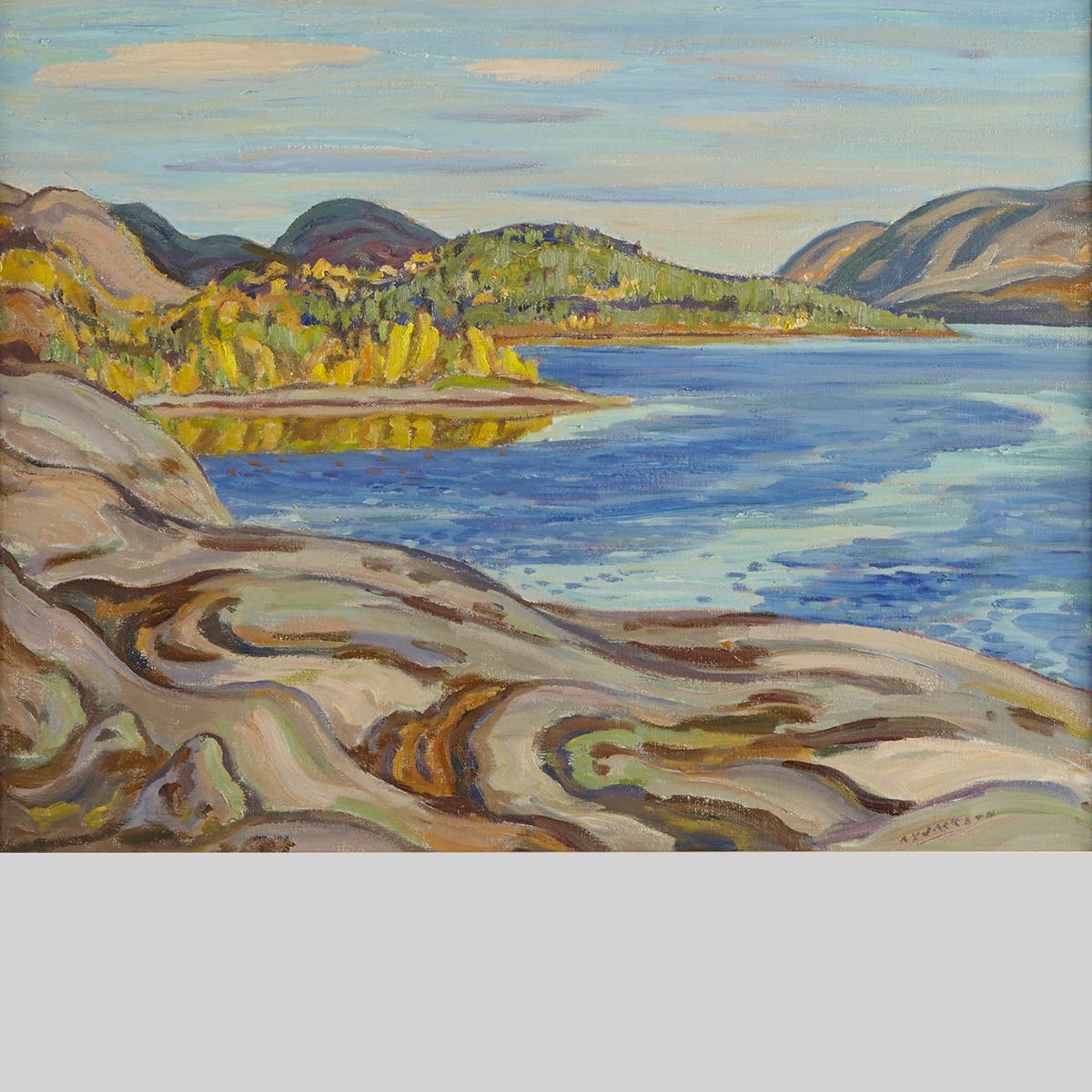 With the support of Eldorado Mining and Refining owners of the Port Radium Mine, Jackson first travelled to the Great Bear Lake area in 1938. He visited again in 1949 (at the invitation of the Department of Resources and Development) and this painting is a result of his second trip. While more recent commentators have been more critical of what they would term “devices of colonial legitimization,” Jackson viewed his interpretation of these sites as a kind of celebration of the gifts of the land during Canada’s industrial development.

Jackson Groves captures this well when she writes: “And so living history began to move in this remote spot where the pitchblende had lain waiting for one billion four hundred million years while heat formed rocks and ice gouged them off again up above it. [In the years 1930-1960], [t]he great cycle began: from the silver came the profit to defray the enormous cost of mining the other precious finds; from the pitchblende came radium, a white powder glowing blue in the dark, present in the ratio of one part in three million. (Until La Bine’s discovery, one gram of radium from the Belgian Congo cost seventy thousand dollars.) One by-product of the extraction process was uranium oxide, present in the highest concentration ever mined.”

While the mine had been shut down at the beginning of the war, it was re-opened later under the control of the Canadian government as a uranium mine when the atom bomb programme priorized that material. However, in 1960, the mine was closed once again. Jackson wryly observed, “the premises are now used as a luxury camp for millionaires who pay (handsomely) to fish for Great Bear trout.”

Echo Bay gets its name from the phenomenon caused by the steep rock cliffs that surround the bay which reflect the sound of human voices off the water.