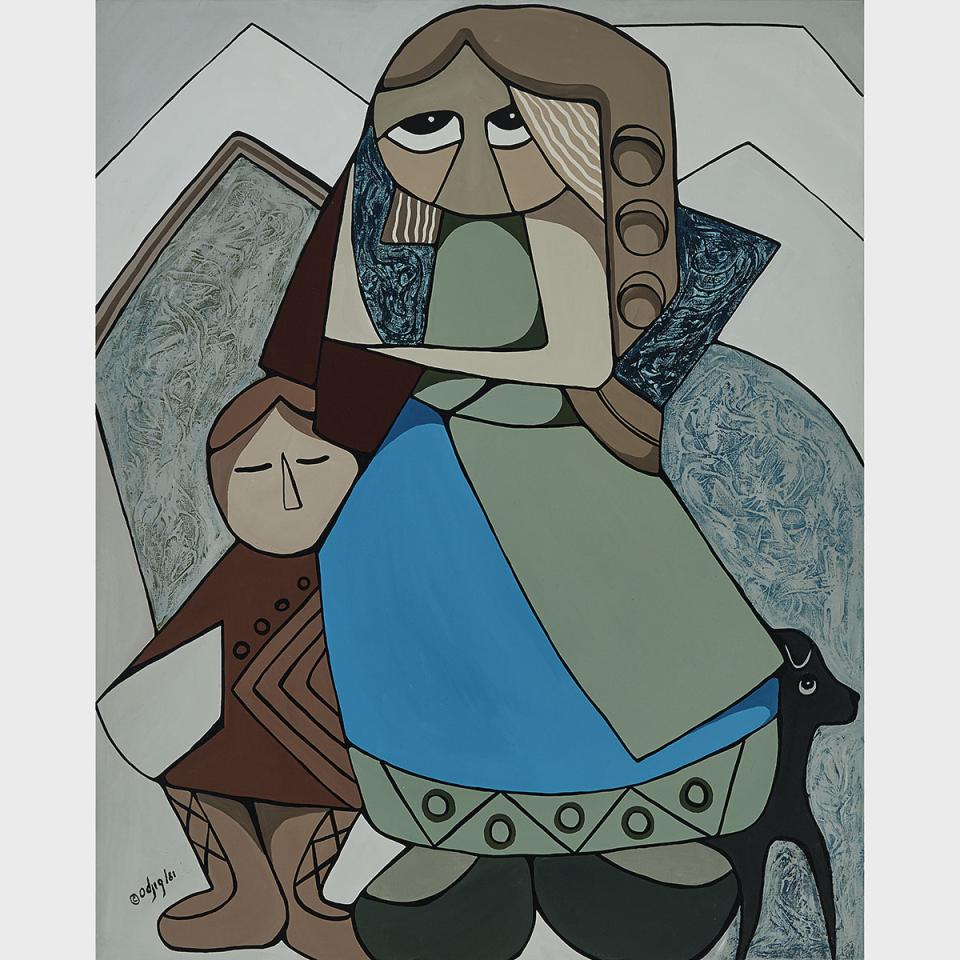 Her first solo exhibitions, which took place in the 1960s, introduced her work to a wider public.

In the 1970s, along with six other Indigenous artists including Alex Janvier, Norval Morrisseau and others, Odjig founded the Professional Native Indian Artists Inc., a collective whose aim was to encourage the development of Indigenous art in Canada. Influenced by the murals and large paintings that she produced at this time, her work became bolder and less tied to the Woodland style of painting.

Walking with Donald exemplifies Odjig’s personal form of abstraction as it had evolved by the early 1980s with its stylized figures and use of circular motifs. 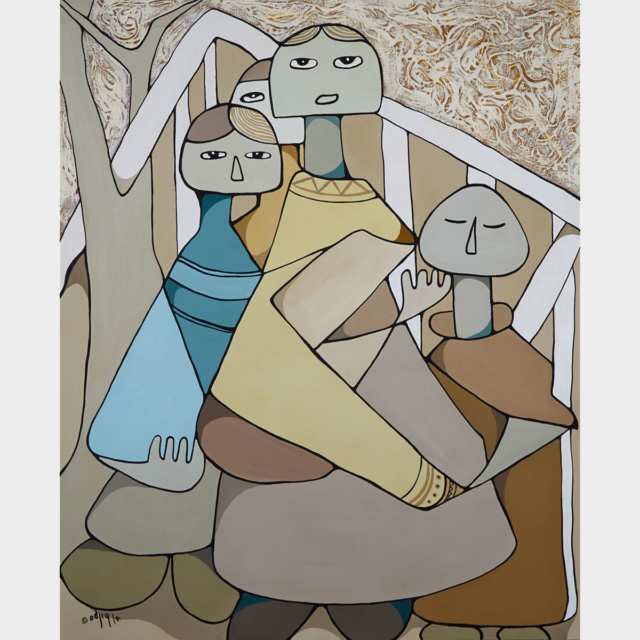 THE FOUR OF US 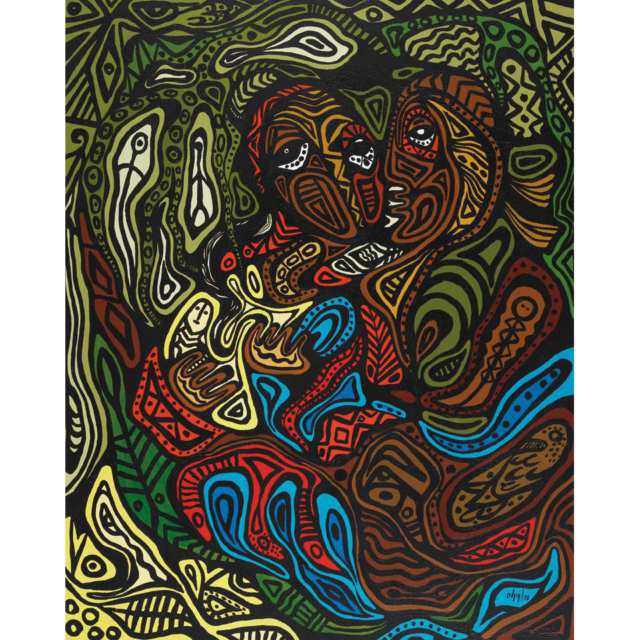 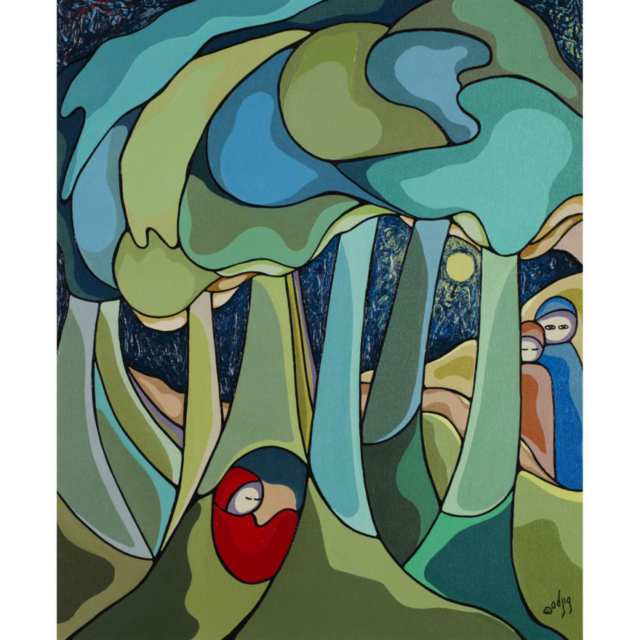