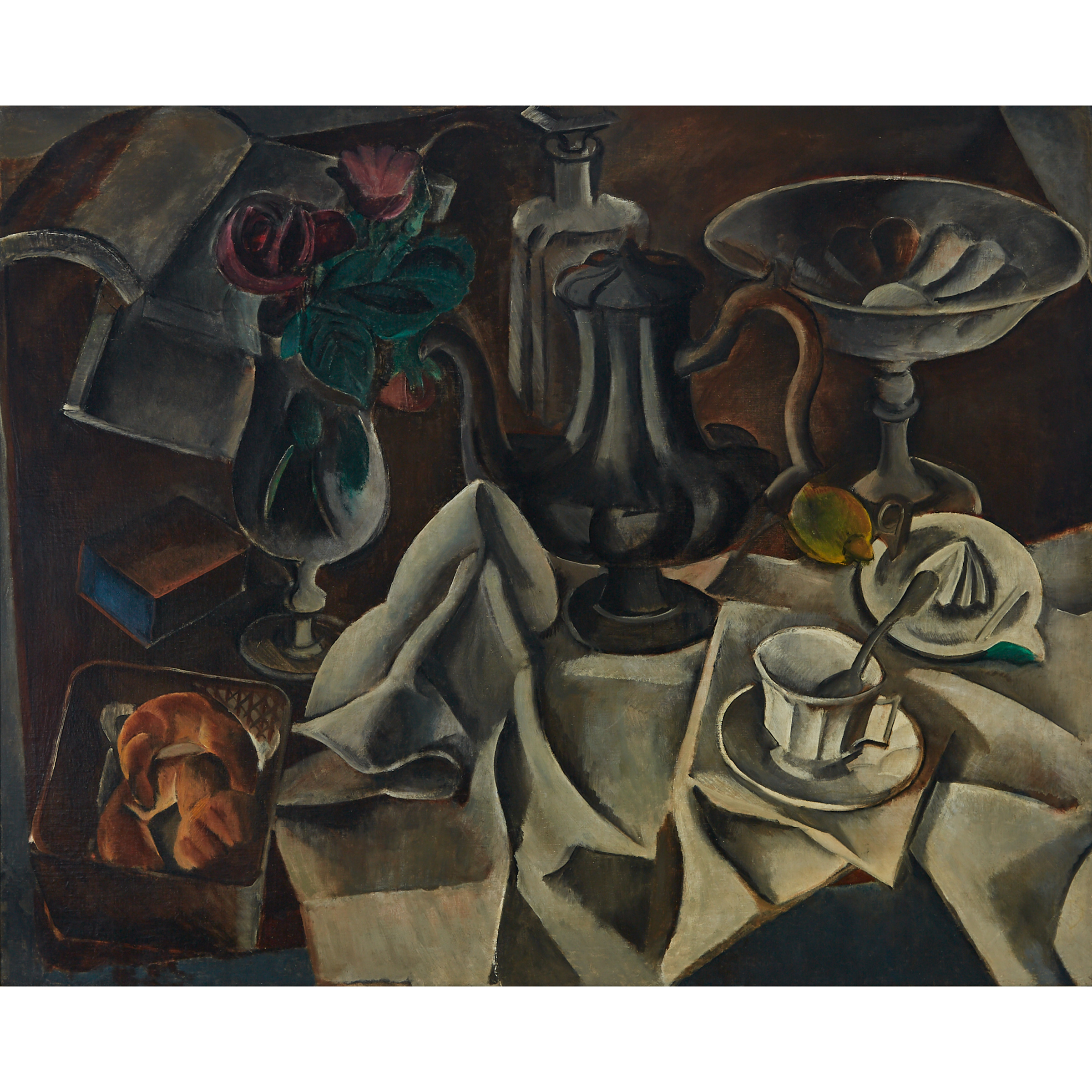 Georges Kars (1882-1945) was born in the region of Prague, where his German parents had settled. When he was a child, he drew on his school notebooks and after school, he would spend time at a gallery run by Lheman.  Following studies with a young painter in Prague, he left for Munich in 1899 where he would study with Franz von Stuck and befriend Pascin and Paul Klee. Between 1905 and 1907, he returned to Prague but later settled in Madrid, where he met Juan Gris and immersed himself in Velazquez and Goya’s painting.

In 1908, after a stay in Prague, Kars moved to Paris and settled in Montmartre. He met his friend Pascin, and got to know Suzanne Valadon and Maurice Utrillo. He also befriended Chagall, Apollinaire, Max Jacob, the art critic Maurice Raynal and the Greek painter Demetrius Galanis. During War World I, he was in Belgium with Pascin.

In 1923, he spent the summer in Ségalas, in the Basses-Pyrénées region, with Suzanne Valadon’s family. Under the influence of Paris and cubism, his shapes became simpler; however, he remained deeply attached to realism. According to him, “art does not lie in an elaborate technique but within the soul”. He produced figurative paintings and used several techniques and materials including India ink, watercolors and pastels. In 1933 Kars bought a house in Tossa de Mar in Catalonia, where he spent three years. Back in Paris, he settled in Rue Caulaincourt.

In 1939, he took refuge in Lyon. In 1942, he went into exile and stayed at his sister’s in Switzerland. In 1945, as he could not stand the horrifying tragedy that hit his people, he committed suicide by jumping out of the fifth floor of his hotel.

His studio was sold at auction on 17 June 1966 at the Palais Galliera. In 1983, a retrospective of 120 paintings was held at the Musée d’art moderne de Troyes.