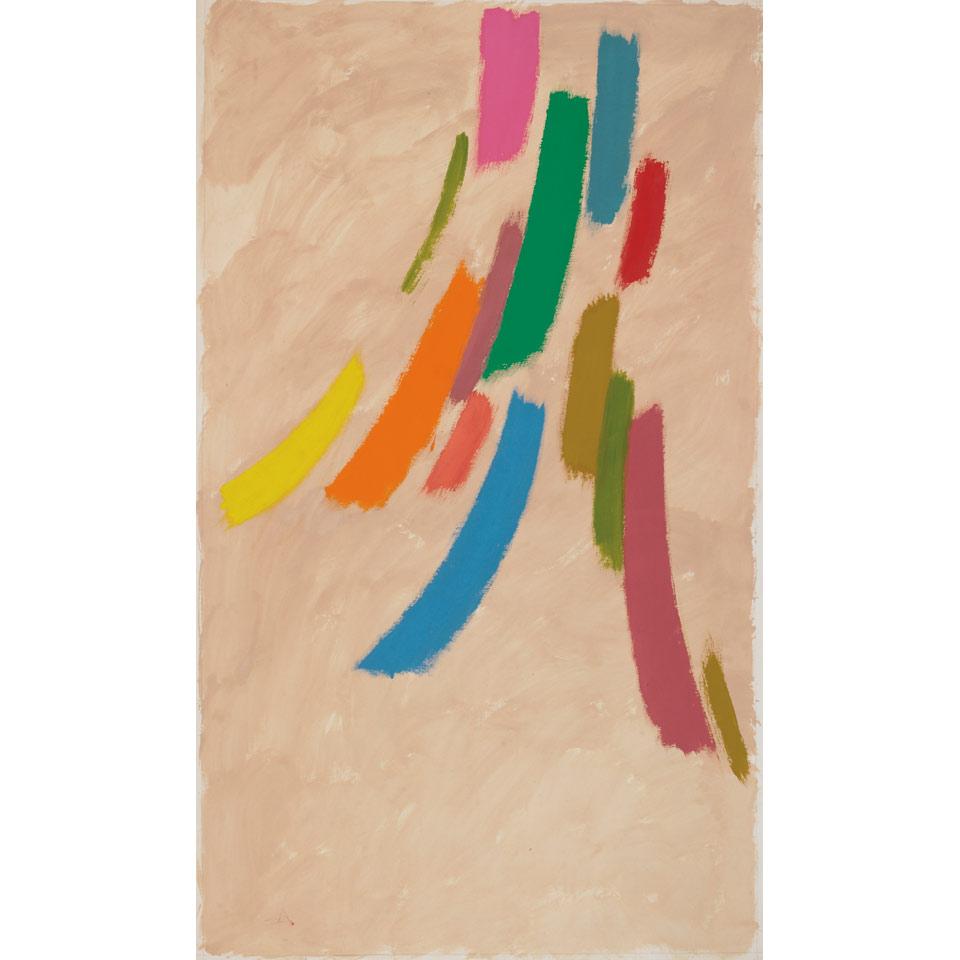 Bush’s career is an exceptional one for both its unique development and its duration. Introduced to abstraction in the 1950s, he would continue to explore this path for the remaining two decades of his life. Kramer notes that Bush’s turn toward colour field painting “released something fundamental in his sensibility as a painter…It was in the American painters of the colour field school that Bush found the impetus he needed to achieve that release.” His much sought-after acrylic paintings of the 1970s are literally drawn with colour. In Attacca, we see Bush’s celebrated juxtaposition of meticulously defined colour areas with textured, open ground.

In an article published seven years following Bush’s death, Clement Greenberg recalled: “…if there was ever an artist who put the whole of himself into his art it was Jack Bush.”