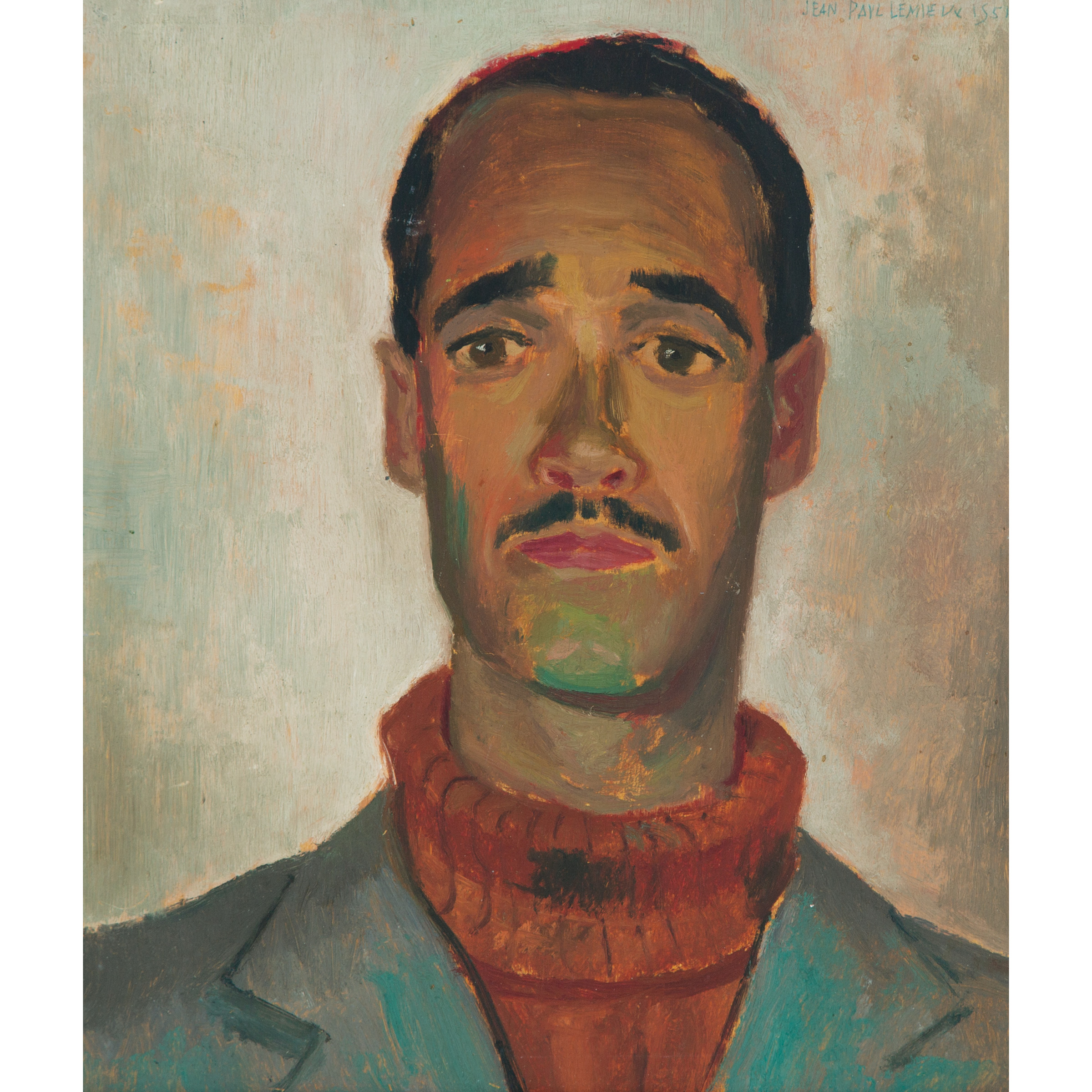 The subject of this 1951 portrait by Jean Paul Lemieux (1904-1990) is Jean-Charles Falardeau who was a sociology professor at the University of Laval in Quebec City, where Lemieux lived and where their paths would have crossed.

Falardeau makes a compelling subject for Lemieux, as they shared many of the same concerns related to French culture and the relationship between French and English cultures in Canada. In Falardeau’s seminal work, Roots and Values in Canadian Lives, he discussed his professional and personal interactions with both cultures. He remained optimistic about the possibility of harmonious biculturalism in Canada which he felt could provide a positive example to the world.

In 1951, the year this work was painted, Falardeau published the essay “French Canada, Past and Present” and also became Assistant Director of the Social Research Centre in the Faculty of Social Sciences at Laval. His career was ascendant and while we do not know why this work was painted, whether as a commission or as a gift of friendship, it captures the 37-year old academic who, as it happens, shared many of the concerns of the painter himself, for whom French culture and the past were also very important.

Interestingly, this painting was created shortly after a period when Lemieux had let his brushes lie fallow for two years, and as Guy Robert notes: “The years from 1951 to 1955 mark the period in Lemieux’s long career when his art underwent its most profound transformation.” Lemieux also published an article at this time lambasting the public’s “infatuation with things produced abroad to the detriment of those created at home” and the unwitting selling off of Quebec’s material past (armoires, wooden statues, etc) to American dealers.