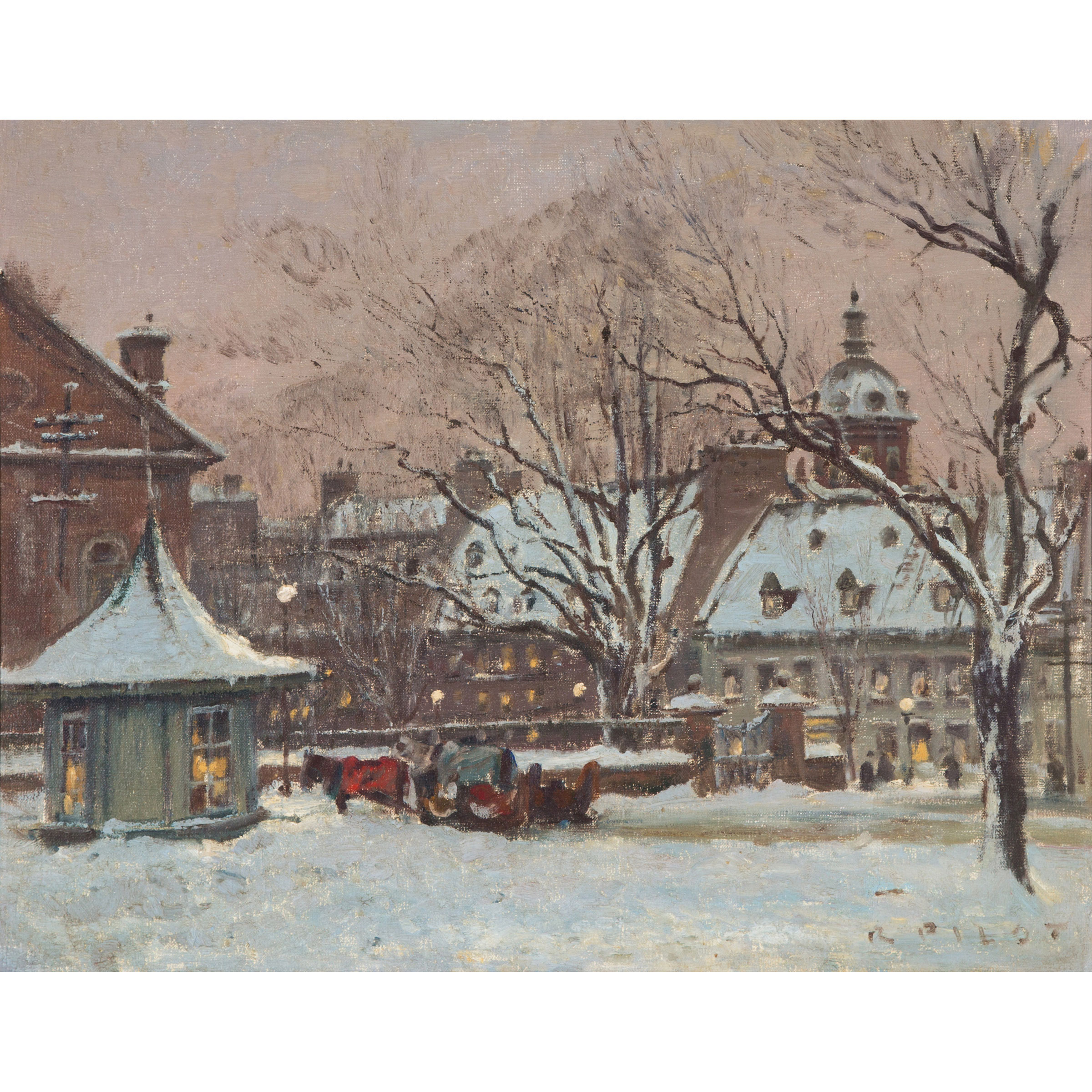 Born in Newfoundland, his stepfather, and Father of Canadian Impressionism, Maurice Cullen, was the indisputable towering figure of Quebec art at the turn of the century. Pilot apprenticed in Cullen’s Montreal studio. Additionally, he was befriended, supported and schooled by William Brymner at the Royal Canadian Academy and received subsequent training at the Art Association of Montreal. Pilot enlisted and served in the army from 1916-1919. Upon his return he re-enrolled in Brymner’s classes. Thus, he developed an unwavering commitment to the subject matter as well as the stylistic attributes that their art stood for.

Pilot must have been both a precocious as well as a highly touted student. Just months later, it was Pilot, not Brymner or Cullen to whom the honour was extended, alongside two other Montrealers, Randolph S. Hewton and Albert Robinson to exhibit as guests in the historically significant inaugural exhibition of the Group of Seven at the Art Gallery of Toronto in May 1920. No doubt, Edwin Holgate and A.Y. Jackson had a hand in making these recommendations.

Unquestionably this was an auspicious start for the young artist. He had been identified as a significant contributor to the new school of Canadian landscape painting. However, rather than remain in Canada to evolve these prospects he readily accepted financial backing to study in Paris for two years (1920-1922).

Pilot lived a long, productive life. He was a principal art instructor in Montreal throughout the periods that issued forth the Beaver Hall Group, The Canadian Group of Painters, the Automatistes, Prisme d’Yeux, and Les Plasticiens. 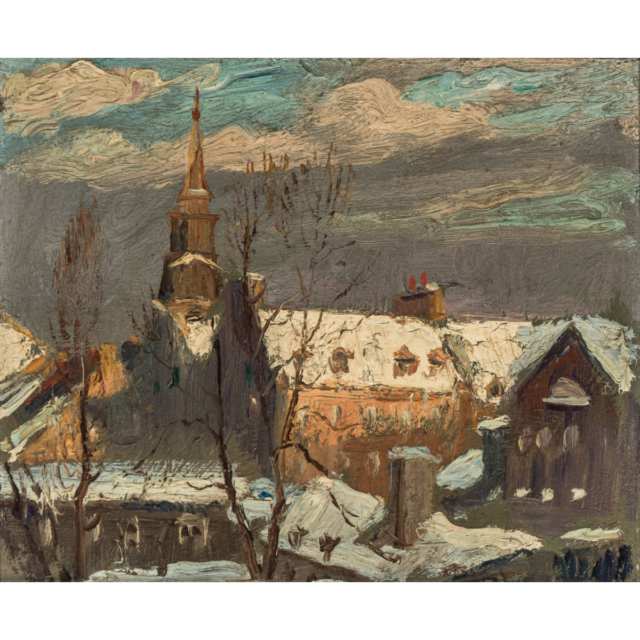 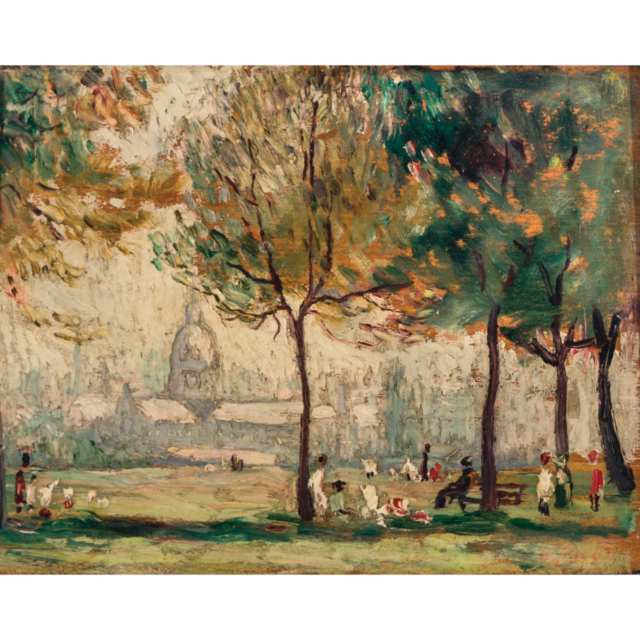 LOOKING AT THE MOTHER HOUSE FROM QUEEN ELIZABETH PARK, WESTMOUNT 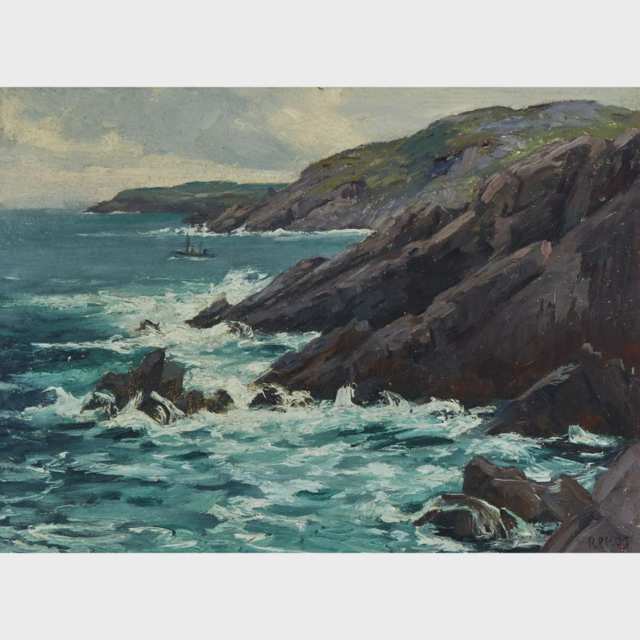 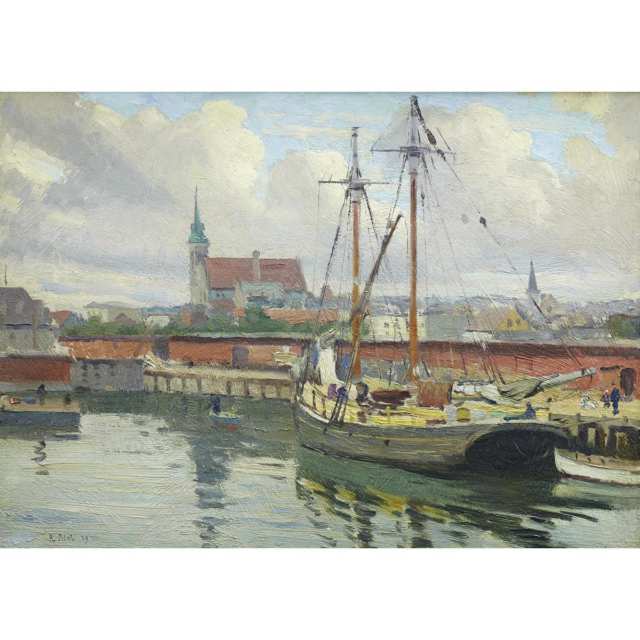 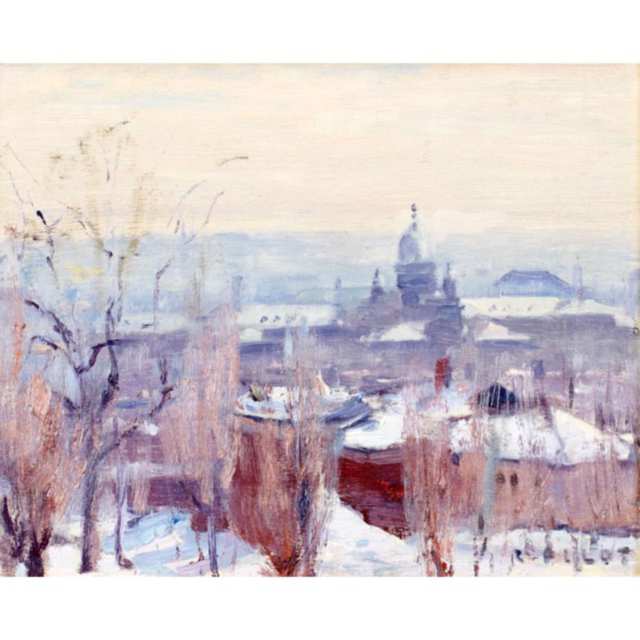 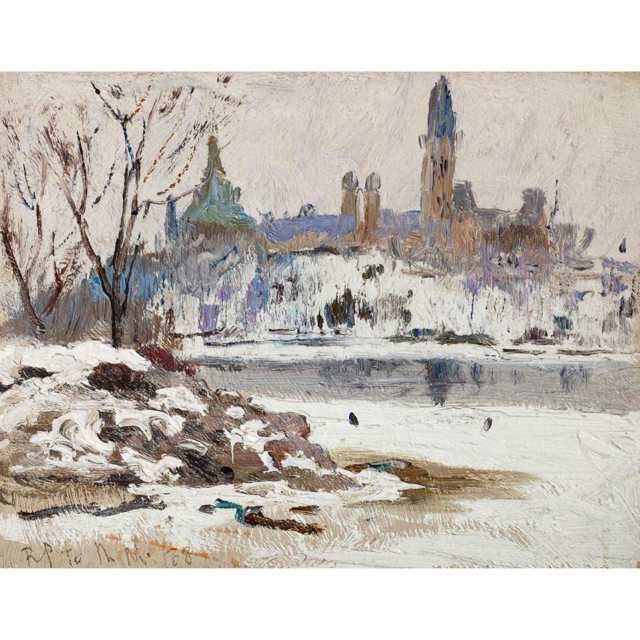