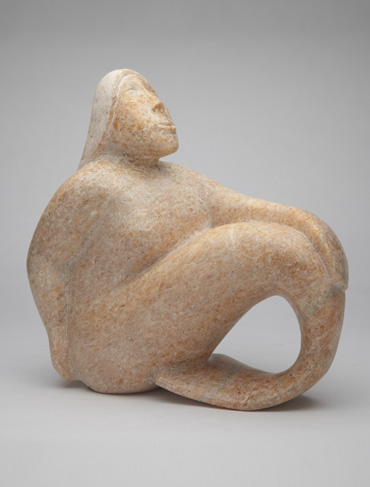 Ovilu describes what influenced her art

The late Ovilu Tunnillie was an accomplished artist from the community of Kinngait (Cape Dorset). Born in 1949 to artist parents, Sheojuk and Toonoo, she spent time in the south at a young age for tuberculosis treatment, an experience which had a strong impact on her. Her subjects range from the traditional to the contemporary with a focus on portraying women’s stories. Many of her works were autobiographical and conveyed great emotion. Her sculpture displays a remarkable sensuality and modernity in form. Ovilu took pride in the fact that she could carve stone which was a skill mostly dominated by men. She was also one of the few Inuit sculptors to explore the female nude. Her work has been widely exhibited throughout Canada and is collected internationally.

“Ovilu Tunnillie uses her art to represent myths, tales and customs from her culture, such as the stories about the shaman and the sea goddess.” An Ovilu sedna or taleelayu can be described as “… a marvel of voluptuousness thanks to its powerful volumes and the sensual charm of the sculpted curves.” – Inuit Women Artists, Odette Leroux, Marion E. Jackson, Minnie Aodla Freeman, The Canadian Museum of Civilization, 1994

“I was nine when I returned from hospital in the south and I saw my dad carving. I really liked rocks and stones and I thought, gee, rock can be made into art! …It was hard at first, but now I enjoy it. Other women inspired me – I saw we could do this too. When I started, women were not seen as being as important as men, but now women get a lot of recognition.” 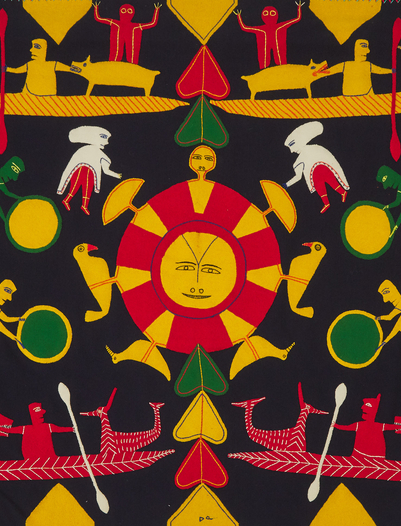 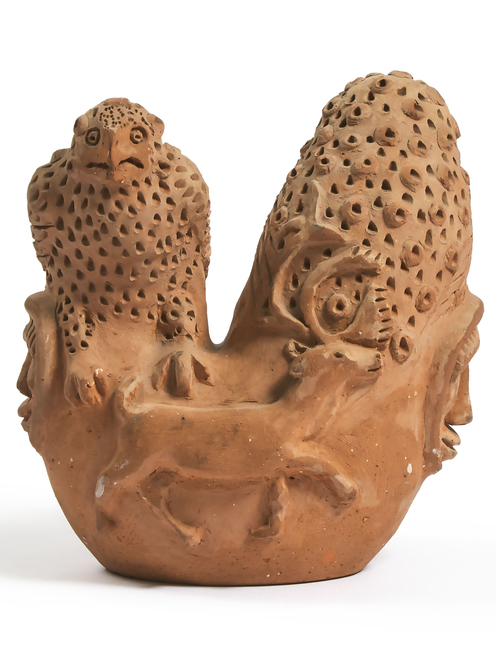