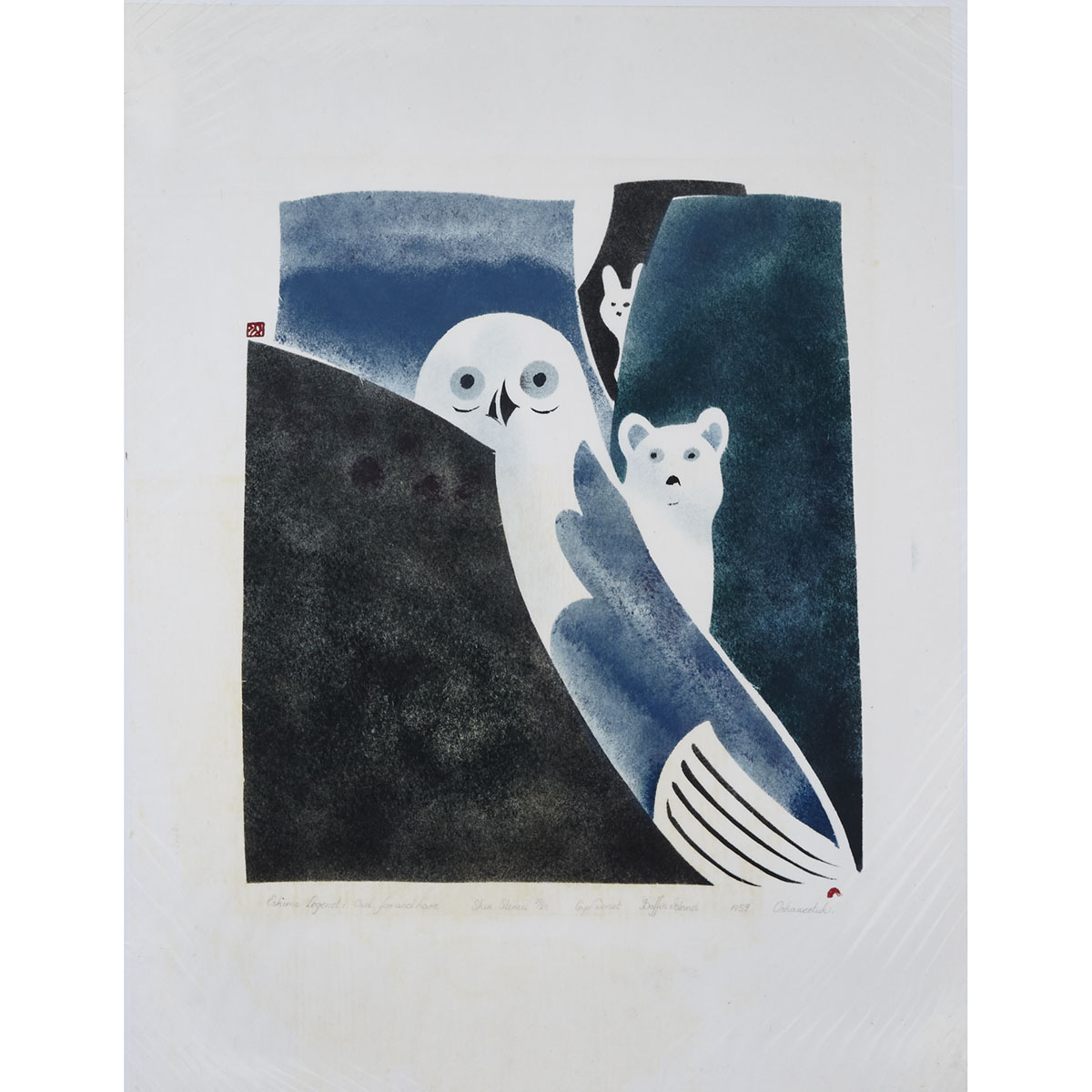 “We Could Do That”

The Inuit people of Canada’s Arctic traditionally did not have access to paper, pencils or ink, relying on their tradition of storytelling to preserve and pass down a millennium of stories, legends, and traditions. This was about to change in the 1950s with the arrival of James Houston.

While sitting in a tent while out on a hunting trip, Osuitok Ipeelee, who went on to become a world renowned artist, commented to Houston that it must be very boring for artists in the south to repeatedly paint all those Players tobacco tins, again and again. As the word for ‘printing’ didn’t exist in Inuktitut, Houston took soot from the lamp, spat on it, and taking the walrus tusk Osuitok was carving, proceeded to demonstrate the technique of printing on some toilet paper. Osuitok said “we could do that”.

Houston then traveled to Japan to study woodblock printmaking with Un’ichi Hiratsuka, one of Japan’s most revered print artists of the twentieth century, and returned to inspire the Inuit of Cape Dorset to draw, and instruct them on the process of print making.

The first print collection was created in 1957; the first catalogued collection released in 1959.

Terry Ryan arrived in Cape Dorset in 1960 to succeed Houston and for the next 50+ years Terry’s leadership ensured the continued success and growth of the Cape Dorset (Kinngait) print studio. 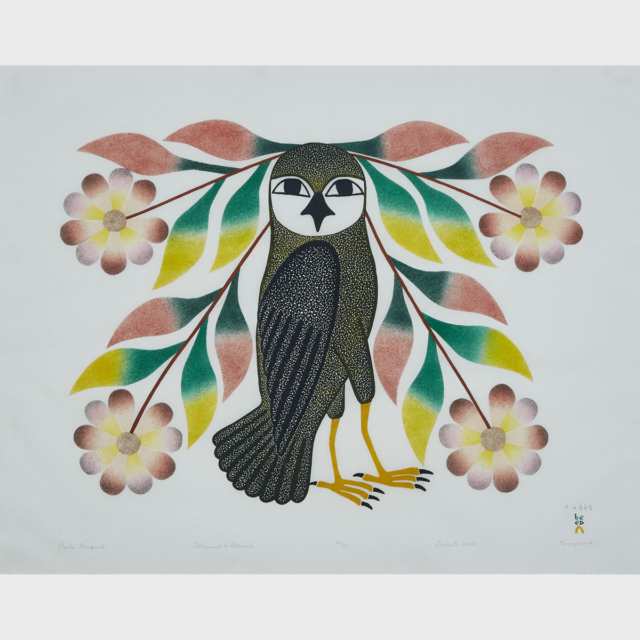 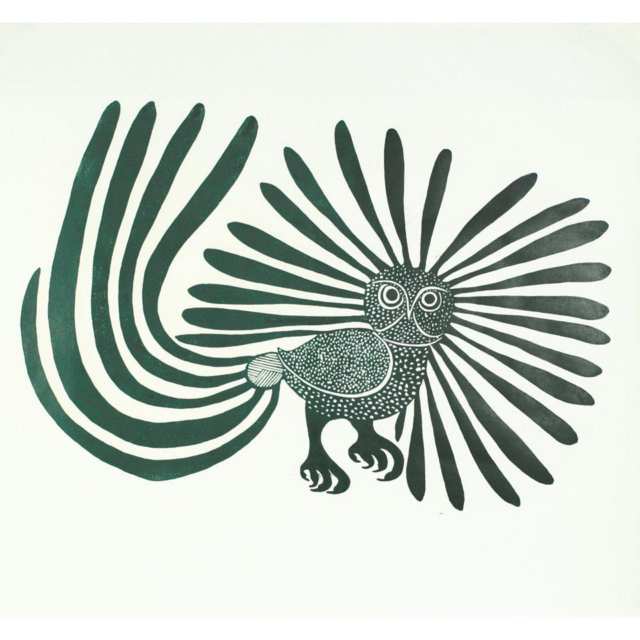 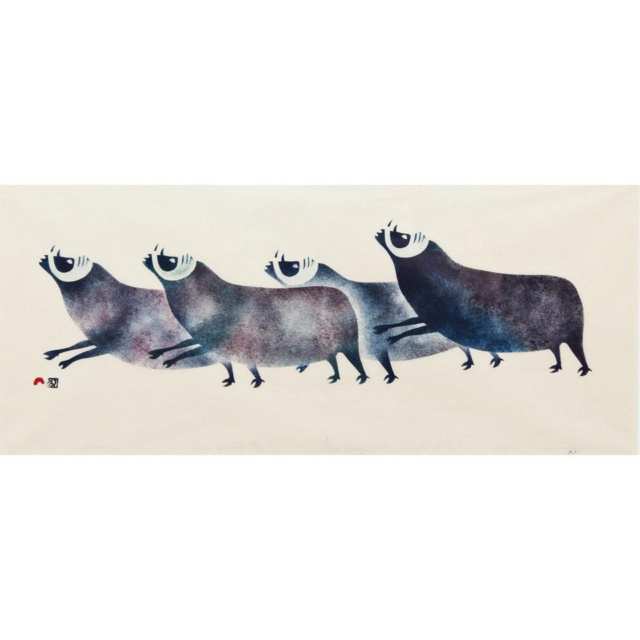 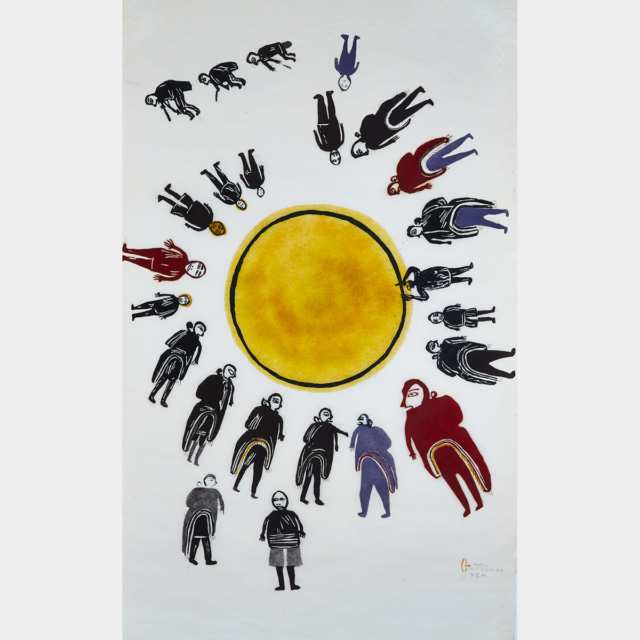 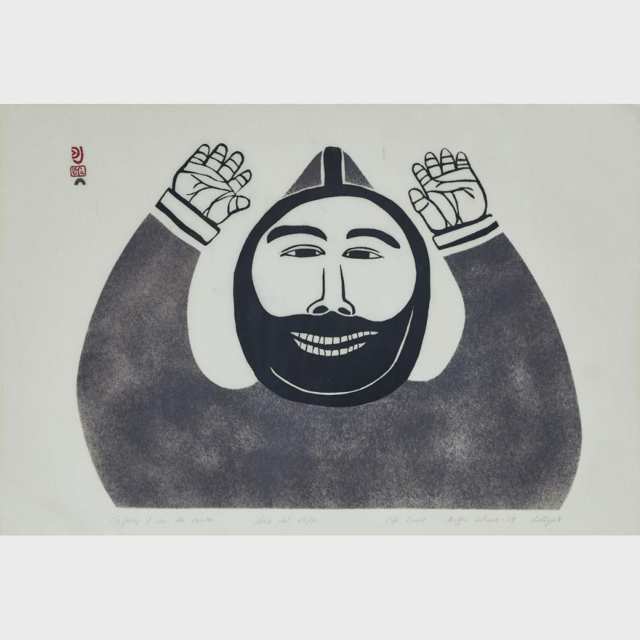