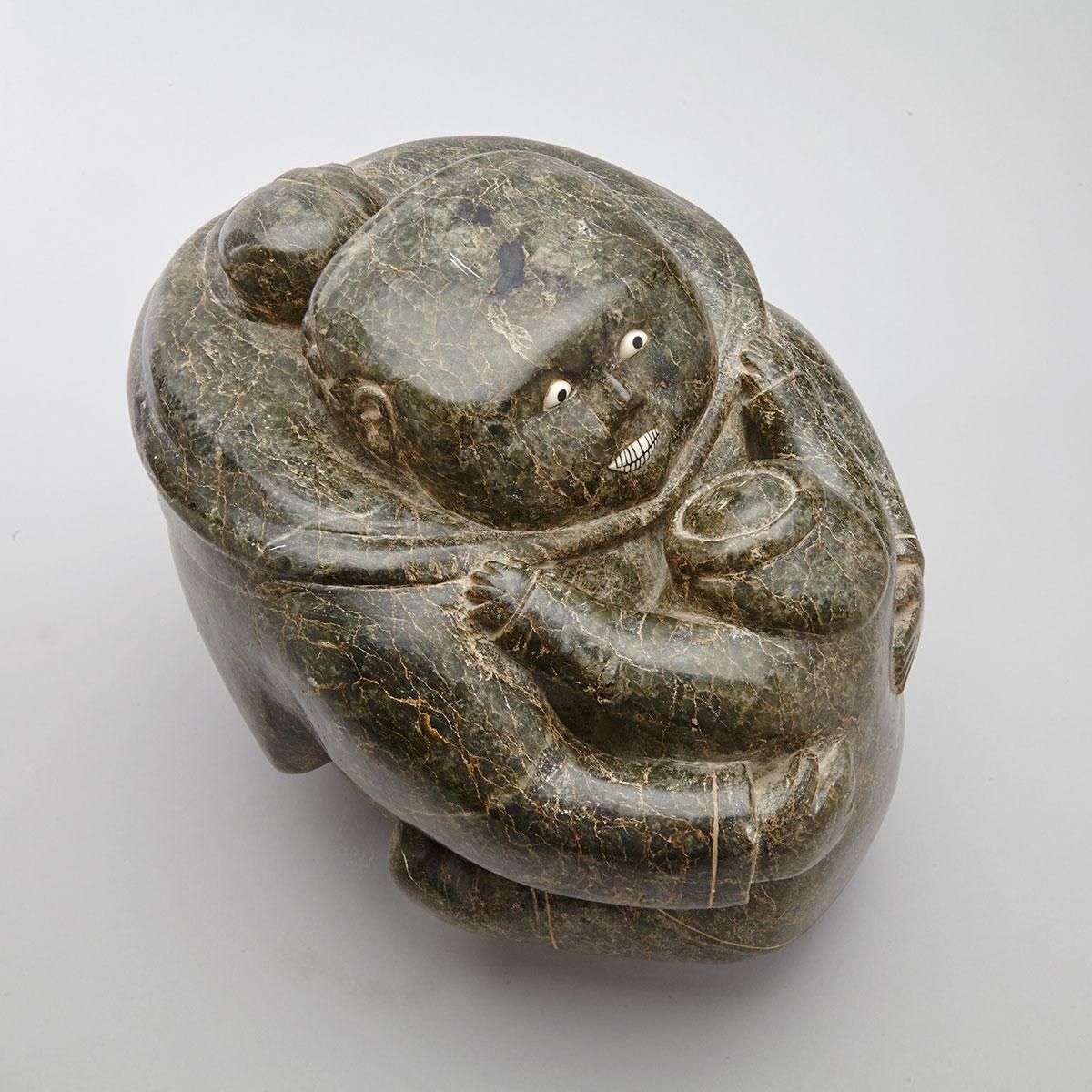 Port Harrison, now called Inukjuak, translated as ‘Many People’, is located on the shore of Hudson Bay, at the mouth of the Innuksuak River in Nunavik. Inhabited by the Inuit for hundreds of years, ruins of stone houses from pre-Dorset (2000-500 BCE) times prove evidence of the long history of habitation. Inukjuak was one of the earliest northern settlements, together with Cape Dorset and Pivirnituq, to commercially produce and market Inuit art.

‘Early masters’ Johnny Inukpuk and Isa Smiler were born in the Inukjuak area in the early years of the 20th century. They grew up in the harsh and isolated environment of Canada’s Eastern Arctic, initially flourishing as traditional hunters, trappers and fishermen before moving their families to the settlement. Their innate powers of observation, keen awareness of their natural world, and the vital skills of survival needed to live in this unforgiving land – combined with a love for family grounded by a rich and ancient cultural legacy – came together to result in some of Canada’s most compelling and influential art.

The locally-sourced, marbled dark green stone characterized by glowing translucent layers, the inset detail of ivory and soap, dynamic depiction of an Inuit woman, are all trademarks of the special pieces created in Inukjuak during this classic early period of Inuit art.

Isa Smiler – Although this artist’s Inuktitut name was Aqiattusuk, he is known to collectors as Isa Smiler in recognition of his easy and broad smile. He was referred to as Isa the Smiler in Eskimo Sculpture, a National Gallery of Canada exhibition catalogue from 1955.

Johnny Inukpuk – “The hardest thing is to get the carving stone out of the ground. It is very hard work to try and get stone to carve. Sometimes the tools are not always up to standard; we use shovels and other hand tools to remove the stone from the ground. At the quarry there are huge boulders on top of the stone we carve.” From an interview with Inuit Art Foundation staff in Inukjuak in 1998. 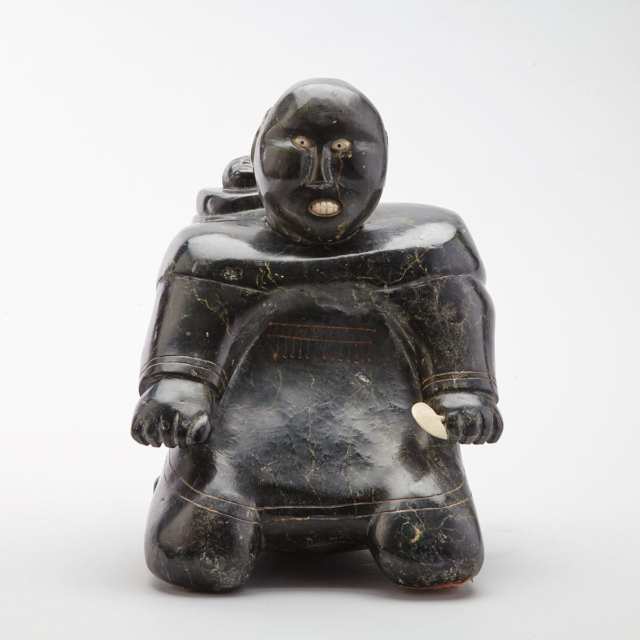 MOTHER WITH CHILD IN HER AMAUT 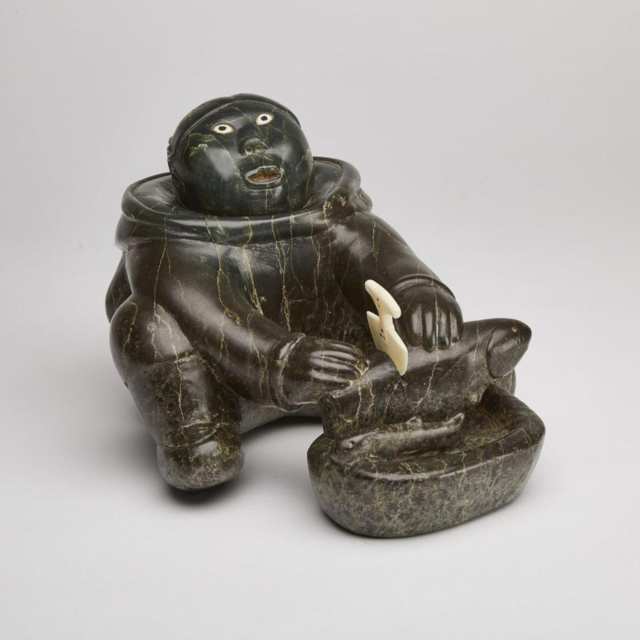 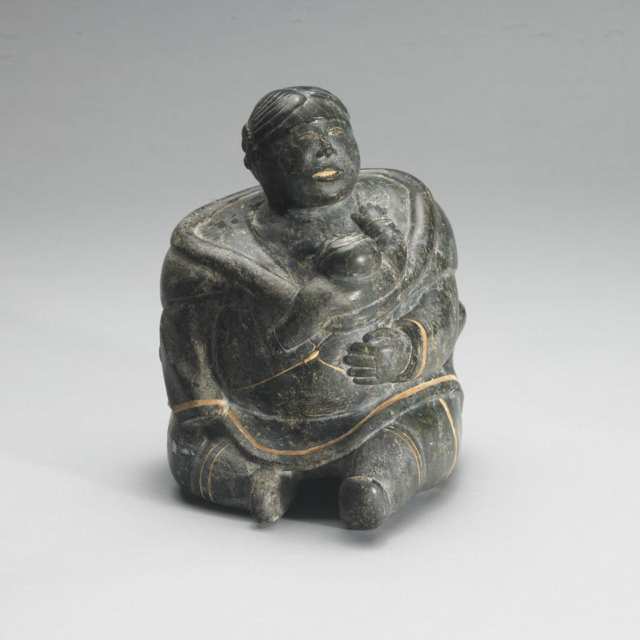 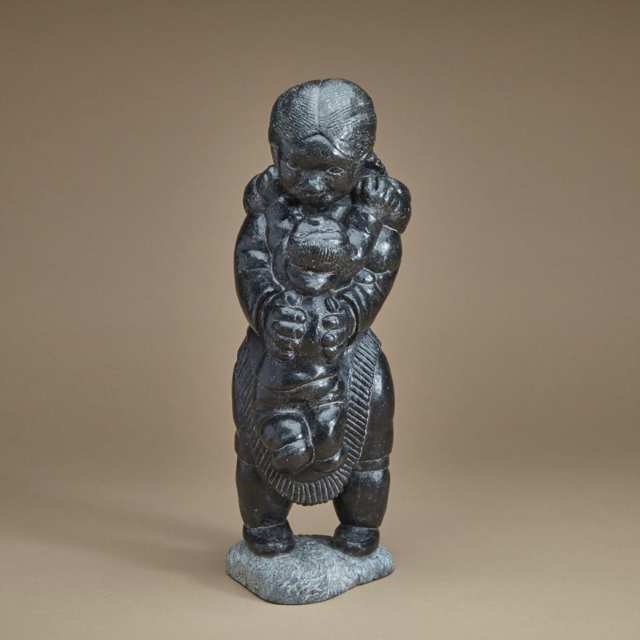 A WOMAN LIFTING HER YOUNG CHILD 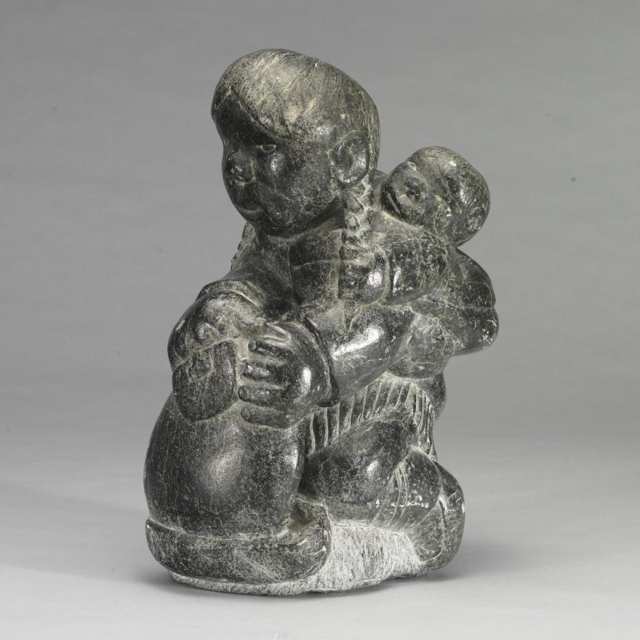