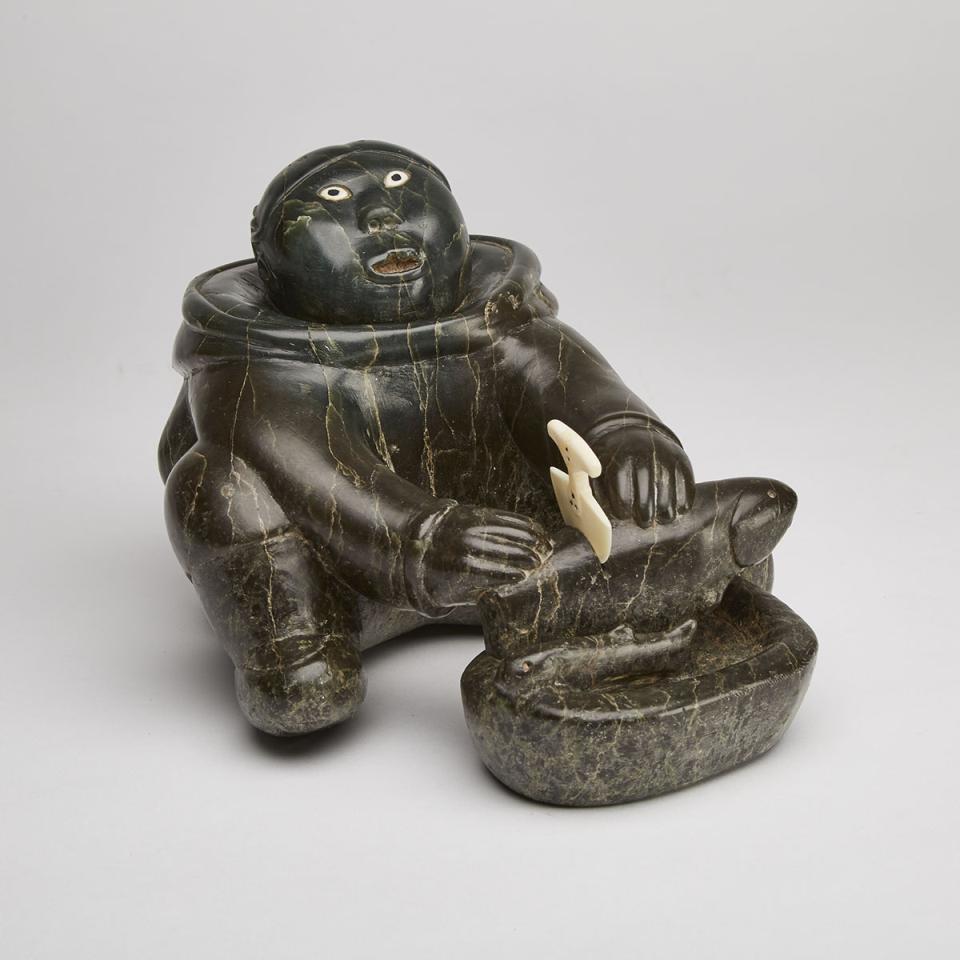 Camp leader and master artist, Johnny Inukpuk carved this work between 1952/1954. Johnny Inupuk's "concern for the details of daily life has been a trademark” characteristic, as is his work's “rounded, voluptuous forms that appear almost inflated”. Ivory, soap and melted records inset into drilled out holes for eyes, mouths and clothing details began to appear in his carvings around 1952. Influenced by Inukpuk’s commercial success, the community made use of his style of carving and it became the dominant look in Inukjuak. Darlene Coward Wight names Inukpuk one of the best known of the “early masters”, pointing to the length and success of his career.