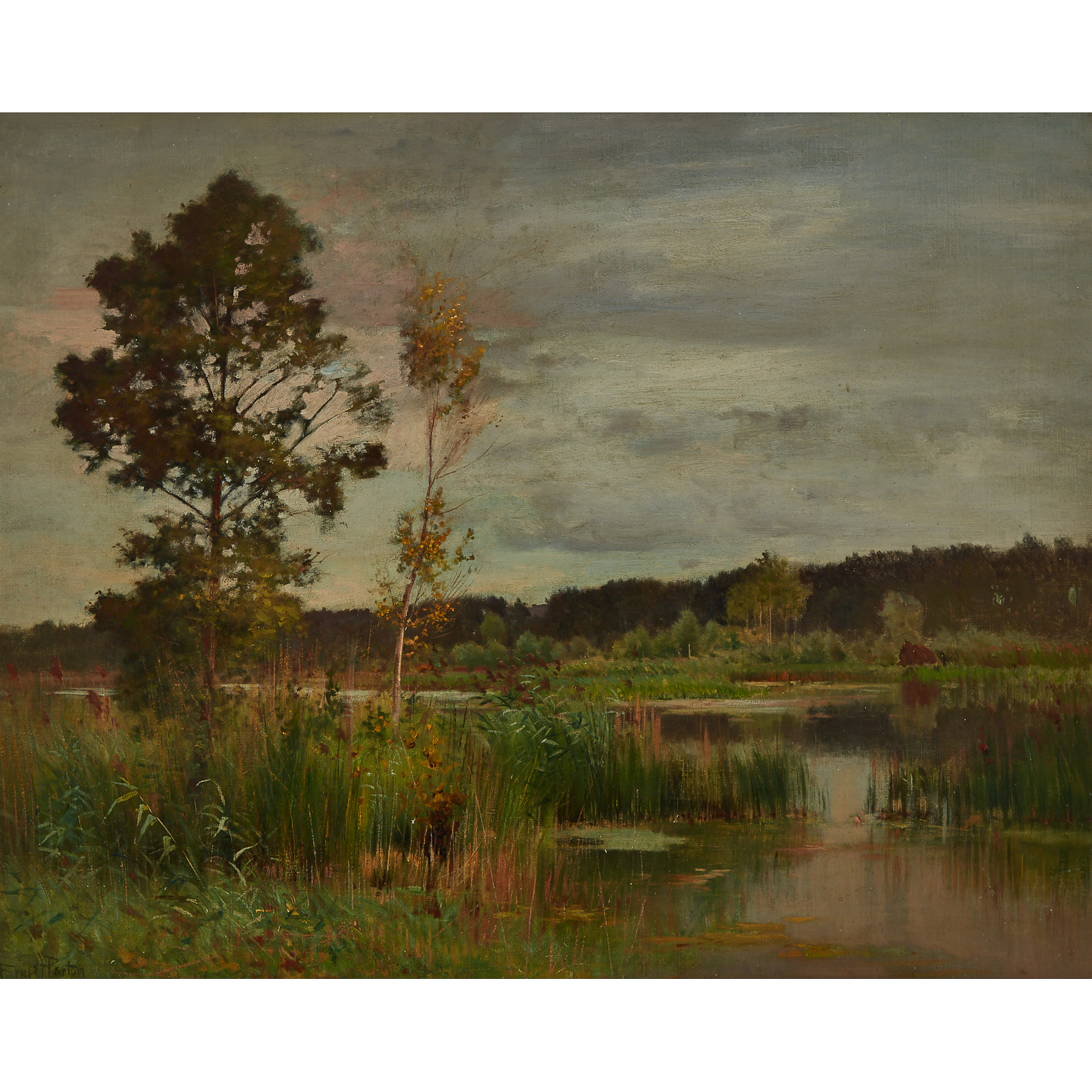 Ernest Parton was the younger brother of Arthur Parton. Born in Hudson, New York, Ernest was an American Expatriate painter for more than fifty years. He enjoyed great success as a painter of English and French landscapes. He trained briefly under his brother, Arthur Parton prior to leaving the US. Ernest Parton took with him a tradition of painting the landscape that was rooted in the Hudson River School where he began painting and where he trained as a young man.

George Hodgson, from whose collection this work may have descended, won a gold medal for swimming in the 1912 Olympics. He flew for the Royal Naval Air Service during WWI and spent time in Europe and the UK during this time.

Probably from the collection of George Hodgson, Montreal, QC;
By descent, to the present Private Collection, Ottawa, ON