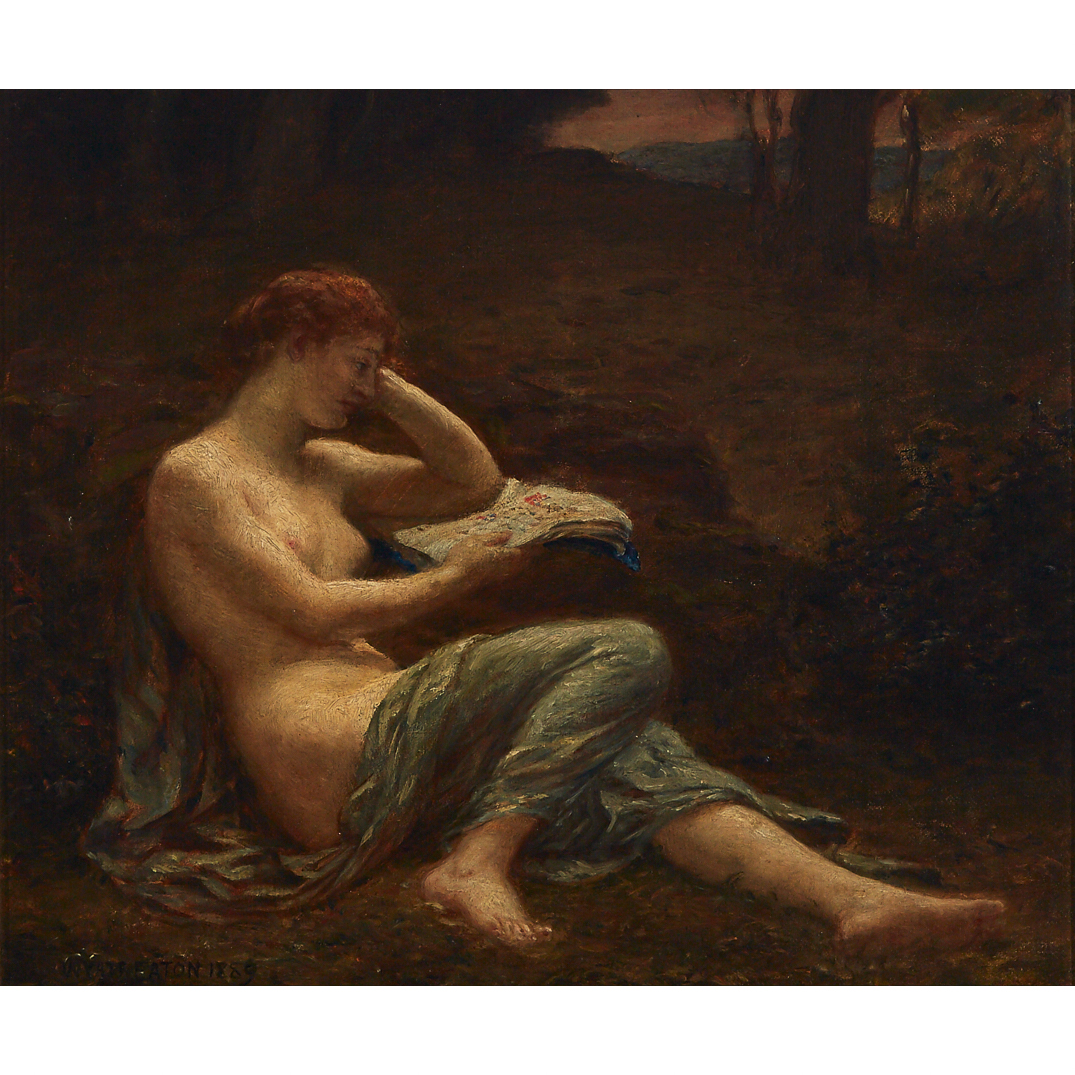 ARIADNE, THE CLASSICALLY DRAPED NUDE READING IN A FOREST, 1889

Although Wyatt Eaton was born in Canada, he largely established his reputation as a painter, teacher, and writer within the tradition of late 19th-century American art. He travelled back and forth to the US and studied in Paris throughout his lifetime. He met Jean-François Millet at Barbizon, and was also influenced by his friend Jules Bastien-Lepage.

Wyatt continued to play a notable role in the development of Canadian art. During the 1880s and early 90s, Eaton sent portraits and genre pictures to the annual exhibitions of the Art Association of Montreal. He was instrumental in introducing the Barbizon style to collectors in Canada. Eaton spent his summers at Philipsburg, drawn to the rural ambiance of French Canada, which reminded him of Barbizon.

In the late 1888s, a year before this lot was painted, Wyatt re-established contact with Millet’s family and focused on genre painting. In New York he began to explore other types of pictorial imagery, including classical and religious subjects inspired by Millet and the Barbizon artists. Wyatt Eaton’s very similar canvas, "Ariadne", executed a year earlier in 1888, is held in the collection of the Smithsonian American Art Museum.