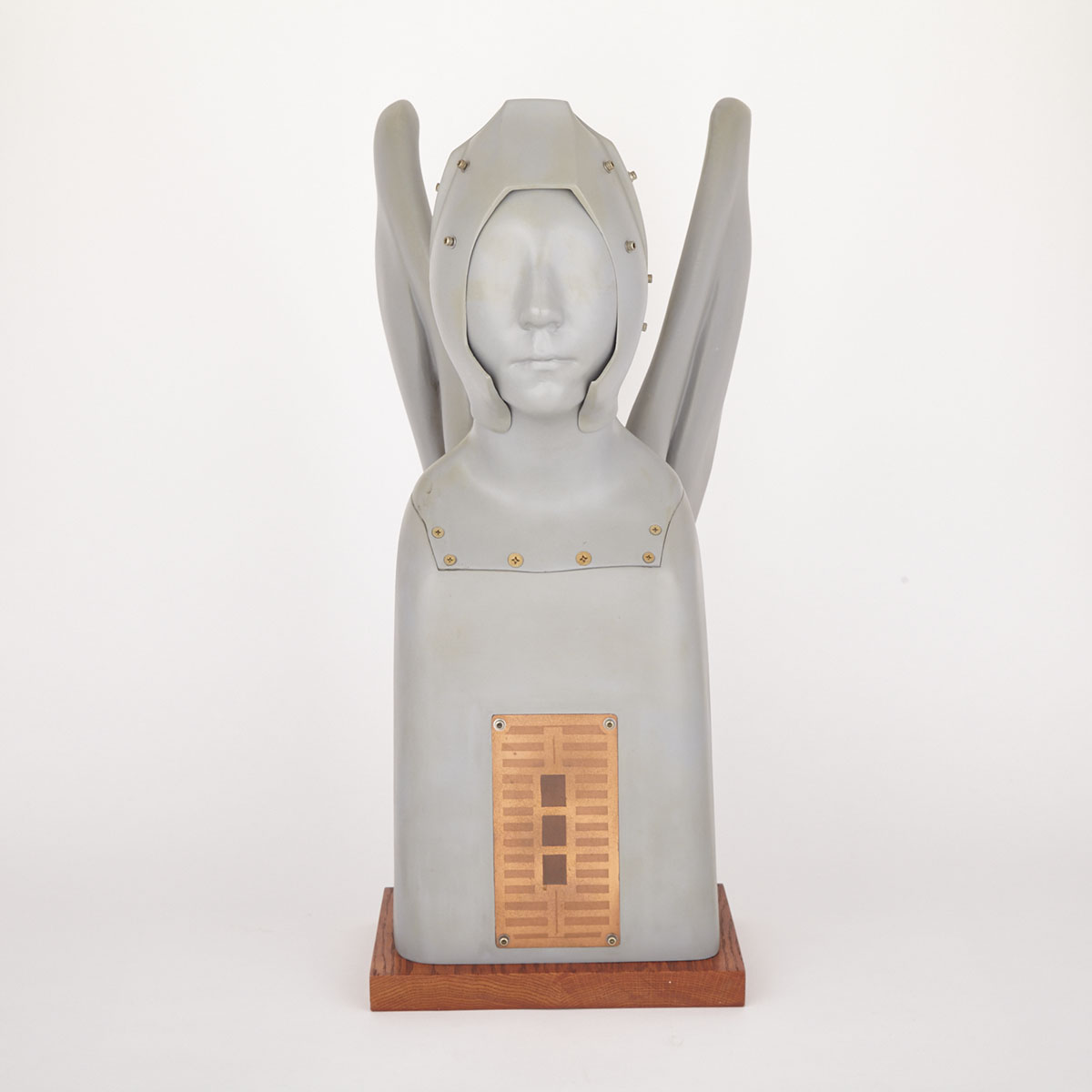 Sculptor and former Marine Don Bonham was a colourful individualist with a fantastical artistic vision. ... He was the first American visual artist to be appointed to the Royal Canadian Academy.

Bonham came to prominence in the late 1960s in London, Ontario, where he quickly gained international notoriety for his highly original, finely crafted, figurative fiberglass sculpture based on evocative human/technology hybrids – motorcycles, cars, boats, airplanes, and helicopters fused with casts of the female body. http://beaverbrookartgallery.org/en/blog/one-of-a-kind-artist-and-us-marine-veteran-don-bonham-dead-at-74/

Nathan and Noah are his sons, perhaps this work was named for his son Noah in 1984.