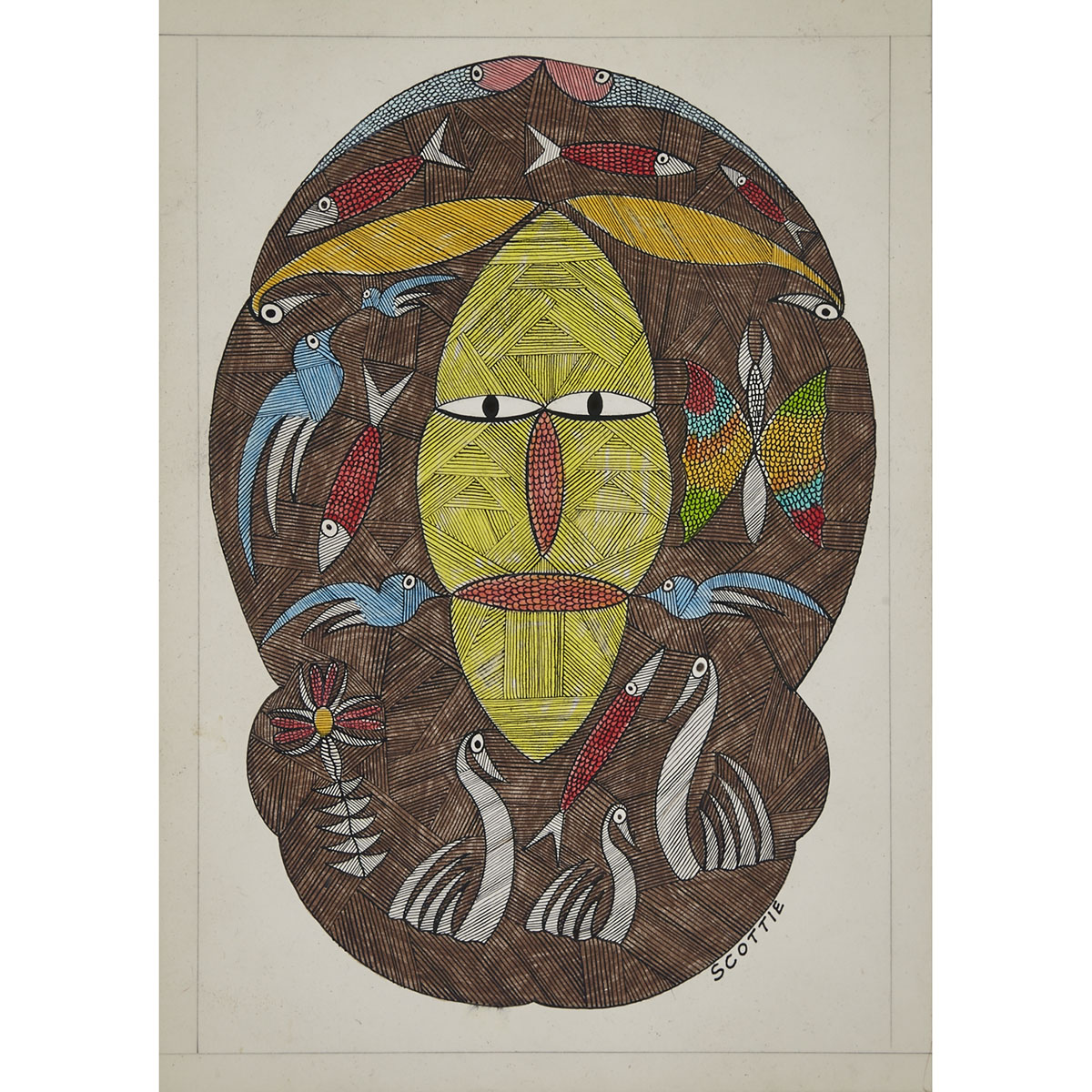 Wilson was born in the United Kingdom, moved to Toronto, Canada, and later returned to his native England. In Toronto, Wilson opened up a thrift store. Here became fascinated by a pen that came into the second-hand store. Though the details of the event vary, Wilson recounts, “‘I’m listening to classical music one day – Mendelssohn – when all of a sudden I dipped the bulldog pen into a bottle of ink and started drawing – doodling I suppose you’d call it – on the cardboard tabletop. I don’t know why. I just did. In a couple of days – I worked almost ceaselessly – the whole of the tabletop was covered with little faces and designs. The pen seemed to make me draw, and them images, the faces and designs just flowed out. I couldn’t stop – I’ve never stopped since that day (p. 9).’”

George Melly, It’s All Writ Out for You: The Life and Work of Scottie Wilson, 1986