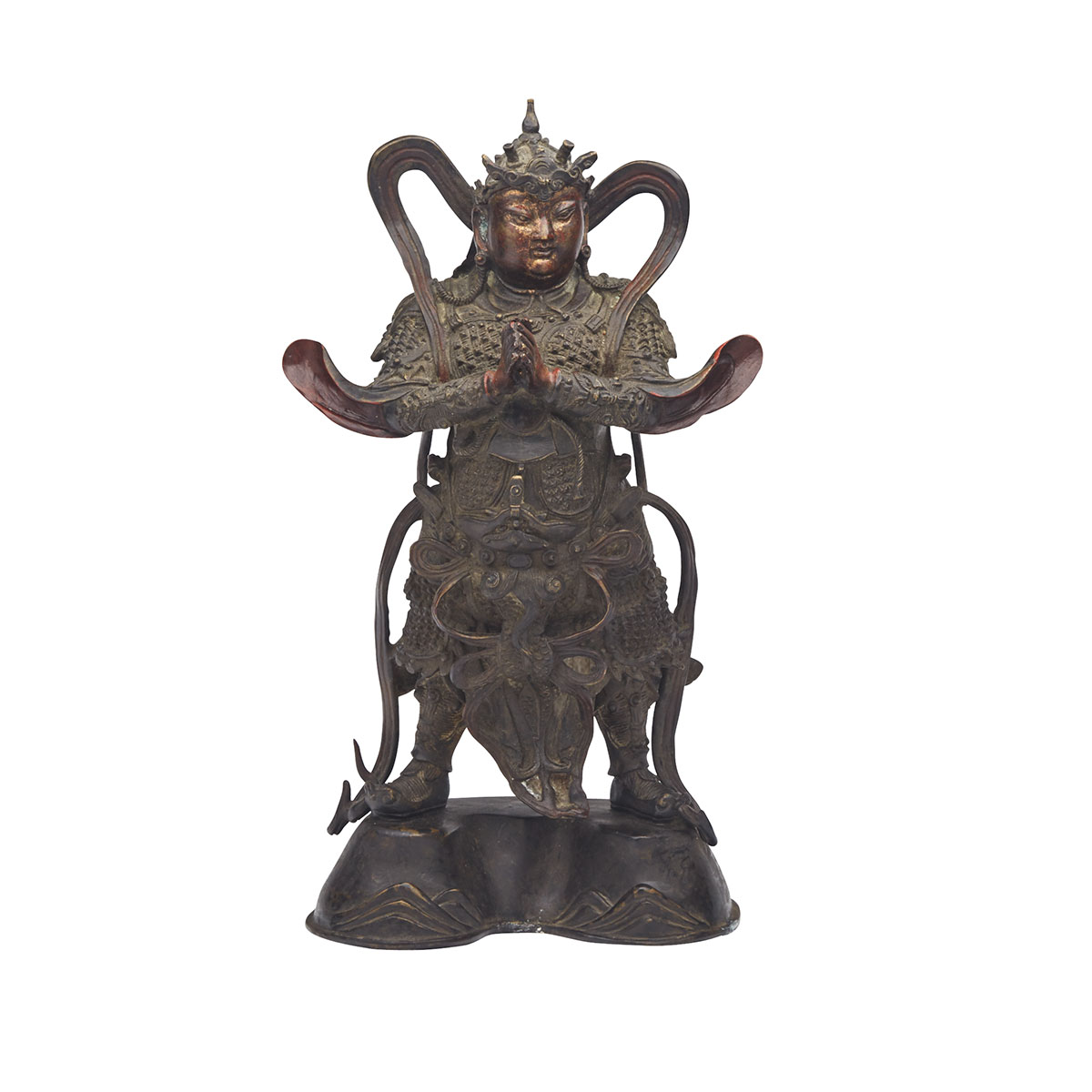 The current example of Wei Tuo is rare because of its large size and remnants of gilt lacquer throughout. Wei Tuo, also known as the bodhisattva Skanda, is recognized as one of the eight divine protectors of Chinese Buddhism. Originally, he was a mortal prince who strictly adhered Buddha's teachings. When the Buddha entered nirvana, he instructed Wei Tuo to protect his teachings.
Despite being of Indian origins, the present figure of Wei Tuo is distinctly Chinese. His martial bearing and armour suggests that he is a high-ranking Chinese general. For a smaller and gilded example of Wei Tuo, see Christie's New York, March 20/21, 2014, lot 2049.