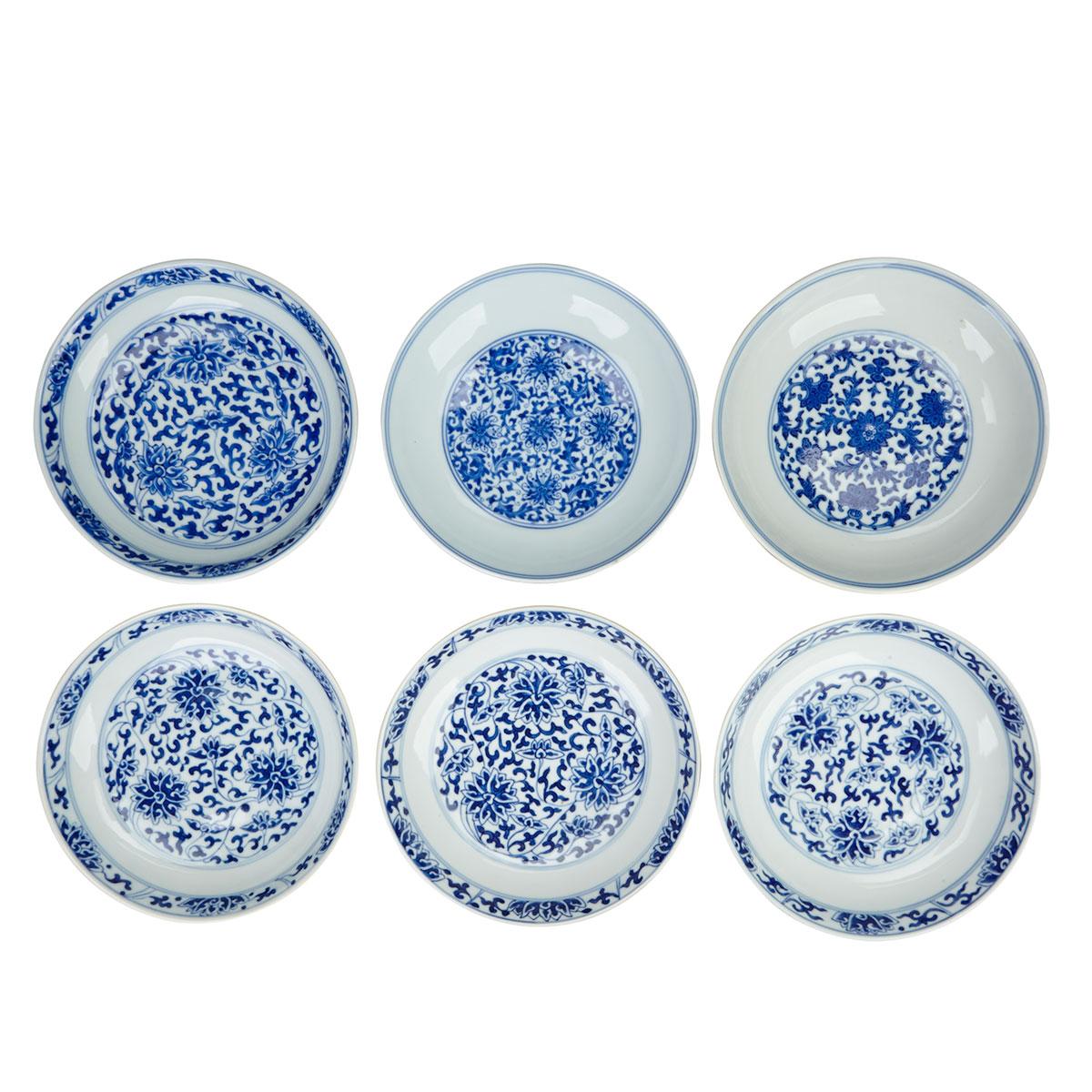 A similar set of dishes with Kangxi, Qianlong, Daoguang, Xianfeng, Tongzhi, Guangxu and Xuantong marks and of the period was exhibited at the Hong Kong Museum of Art’s ‘Splendours of the Qing Dynasty’, 1992, no. 127.

Chinese Porcelain from the Estate of Eleanor Moorhouse (Lots 181-202)
Born in Brooklyn, N.Y., Eleanor Moorhouse (1915-2005) was a geologist, with degrees from Smith College and Cornell University; a homemaker for her Canadian geologist husband, Walter Wilson Moorhouse, and their two children; a real estate agent; an editor of geological reports; a world traveler (more than 50 countries); a lover of art and architecture and an avid collector. Her first major foray into antiques involved Canadiana pressed glass. Following her husband’s death in 1969, she began to explore and collect Chinese blue and white porcelain, Japanese prints, Persian carpets, Arts and Crafts-period glass and lamps, and, in the last few years of her life, art glass by young Canadian artists, whom she enjoyed meeting and helping through her purchases. She acquired her Chinese porcelain collection in the early 1970s, purchasing many of the pieces at Frank Crane’s The Hundred Antiques shop on Toronto’s Church St.

Purchased January 20, 1972.
The Xianfeng dish is from the Nottingham Castle collection where it was on loan in 1871.