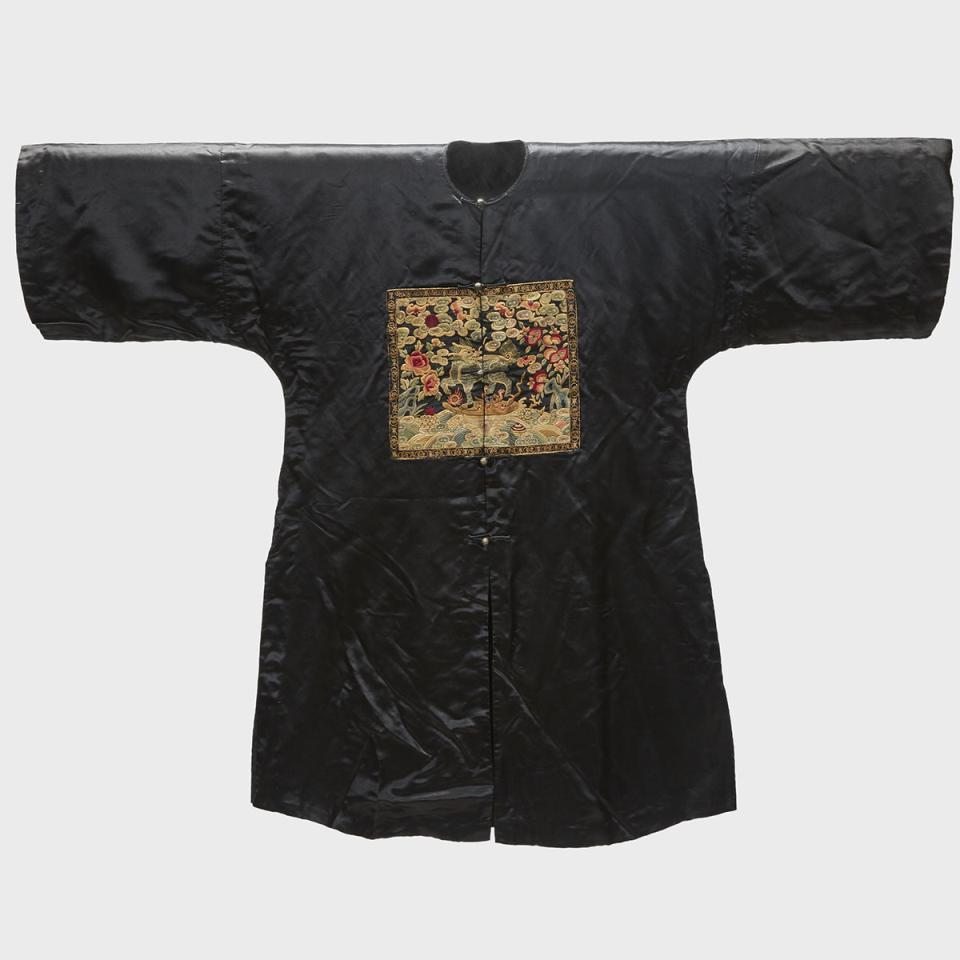 The lustrous silk surcoat with a Mandarin square of first military rank to the front and back, each very finely embroidered in rich tones of ochre, olive, peach, tan and red, depicting a qilin amongst peaches, bats and blooming flora
45" x 60" — 114.3 x 152.4 cm.

The Chinese surcoat, known as a ‘pufu’, is a dark coloured three quarters length coat with vents in the front, back and sides, worn over a ceremonial ‘jifu’ robe. The official civil or military rank was indicated by the Mandarin square. Nine ranks of civil officials were represented by birds, while separate nine ranks of military officials were represented by animals. Surcoats with military rank badges are less common than civil official surcoats, partly due to more civil posts than military posts.

From an Important Private Collection, Toronto