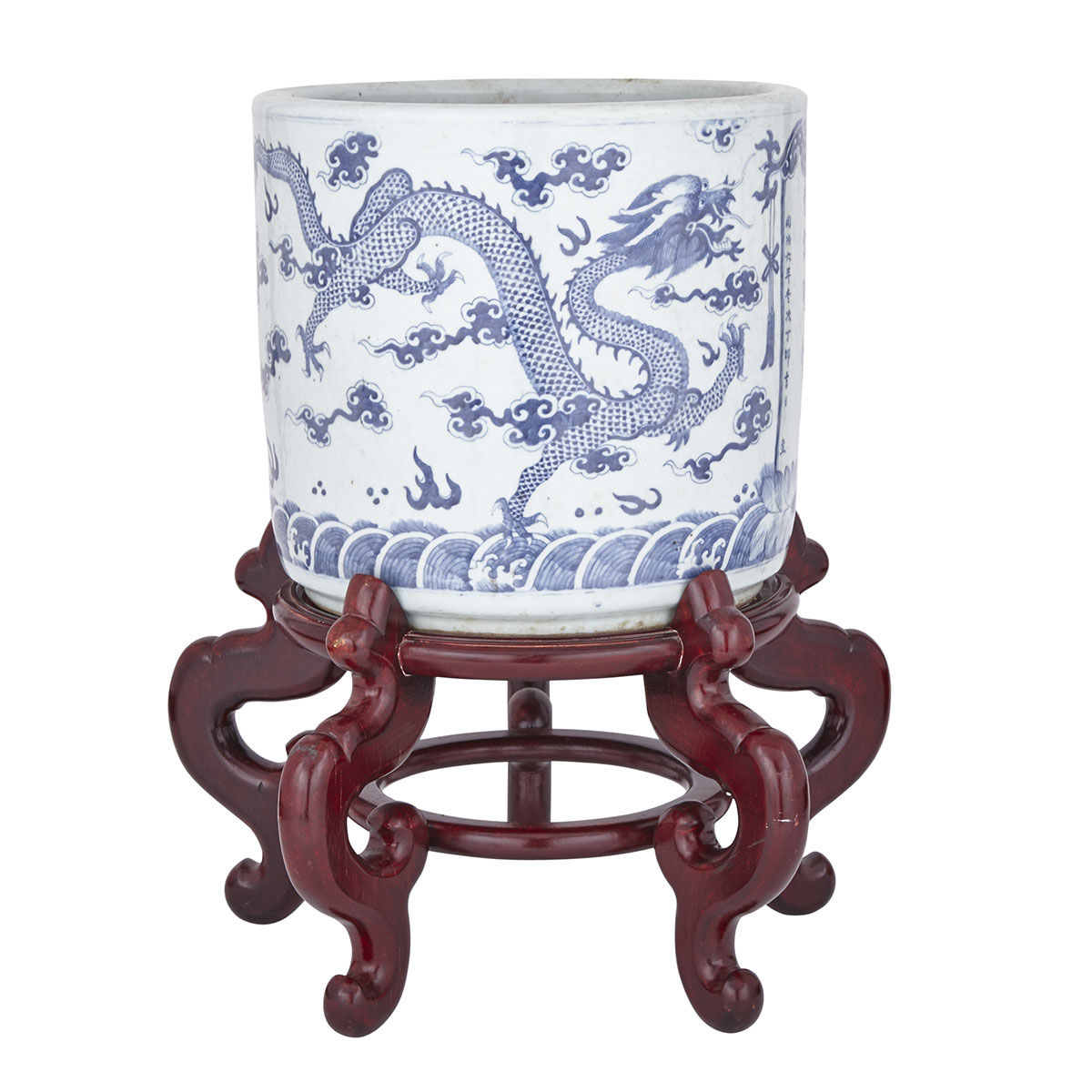 A Massive Blue and White Dragon Incense Burner, Tongzhi Mark and of the Period (1862-1874)

Finely painted with serpentine dragons, each baring well rendered scales and claws, amidst flames and clouds, with rolling waves encircling the base, with a carved wood stand
without stand height 13.9" — 35.2 cm.
dated to 1867