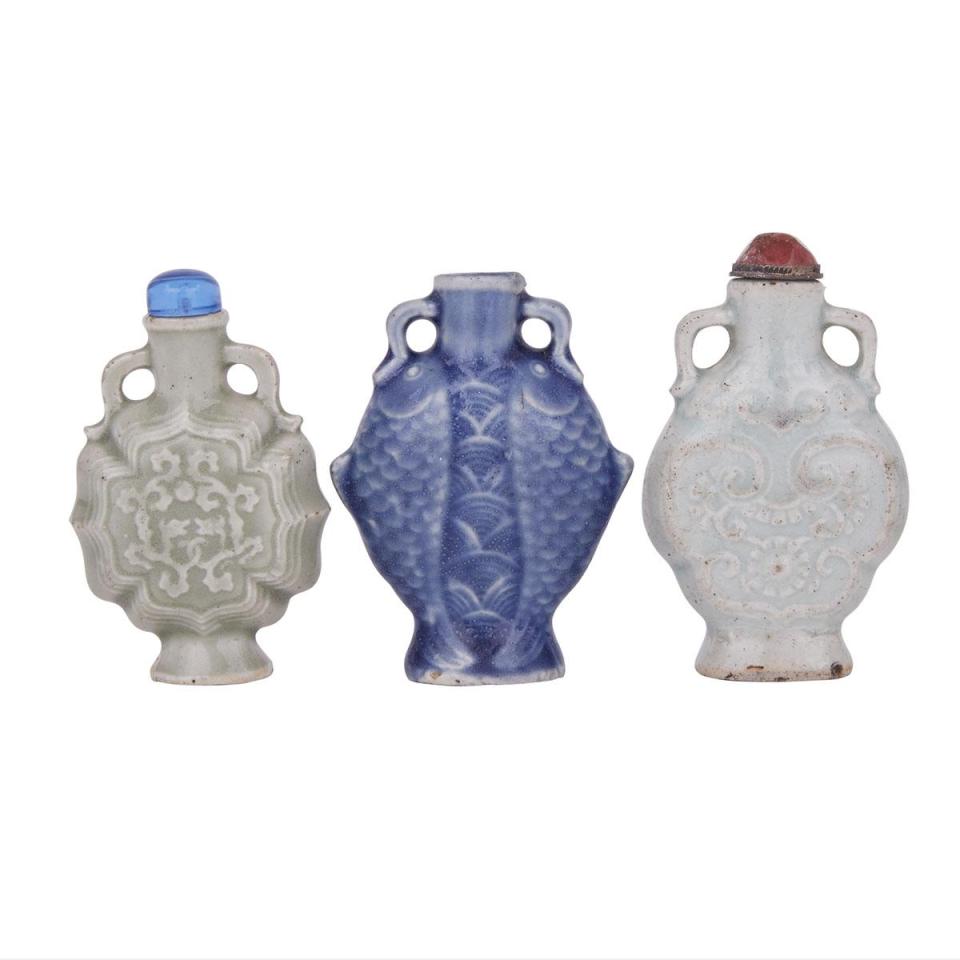 Each supported on a flared foot, one of foliate form with an archaic dragon motif moulded to each side, with a pale celadon glaze throughout. One bottle flat and of a gently lobed form, with an Islamic style chrysanthemum motif moulded to each side, with a pale turquoise glaze throughout. The third bottle of double goldfish form, depicting two inward-facing fish with a band of rolling waves between them, each with finely rendered scales and tails, and a prominent dorsal fin, with a cobalt blue glaze throughout
tallest height 3.3" — 8.3 cm.