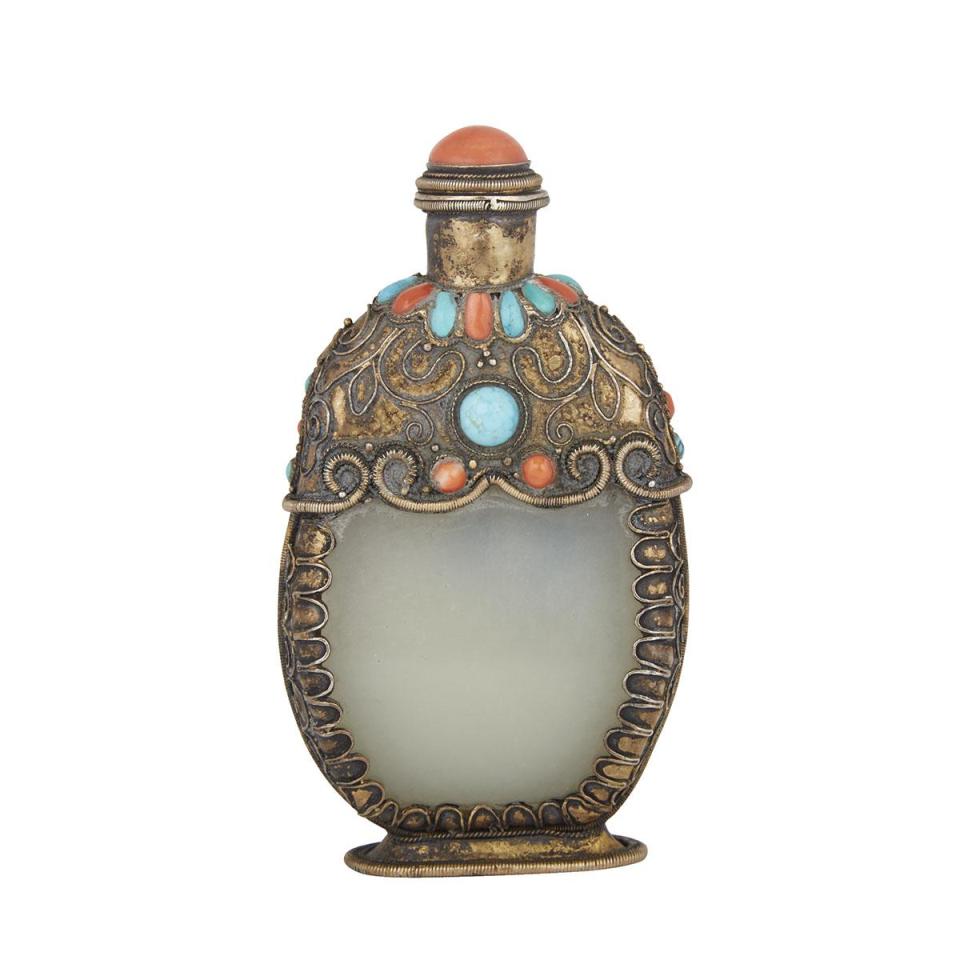 Supported on a splayed foot, the pale white jade is encased in a silver alloy wrap, which is detailed with finely braided and curled wiring, and further inlaid with coral and turquoise cabochons, with a coral stopper
height 3.8" — 9.6 cm.