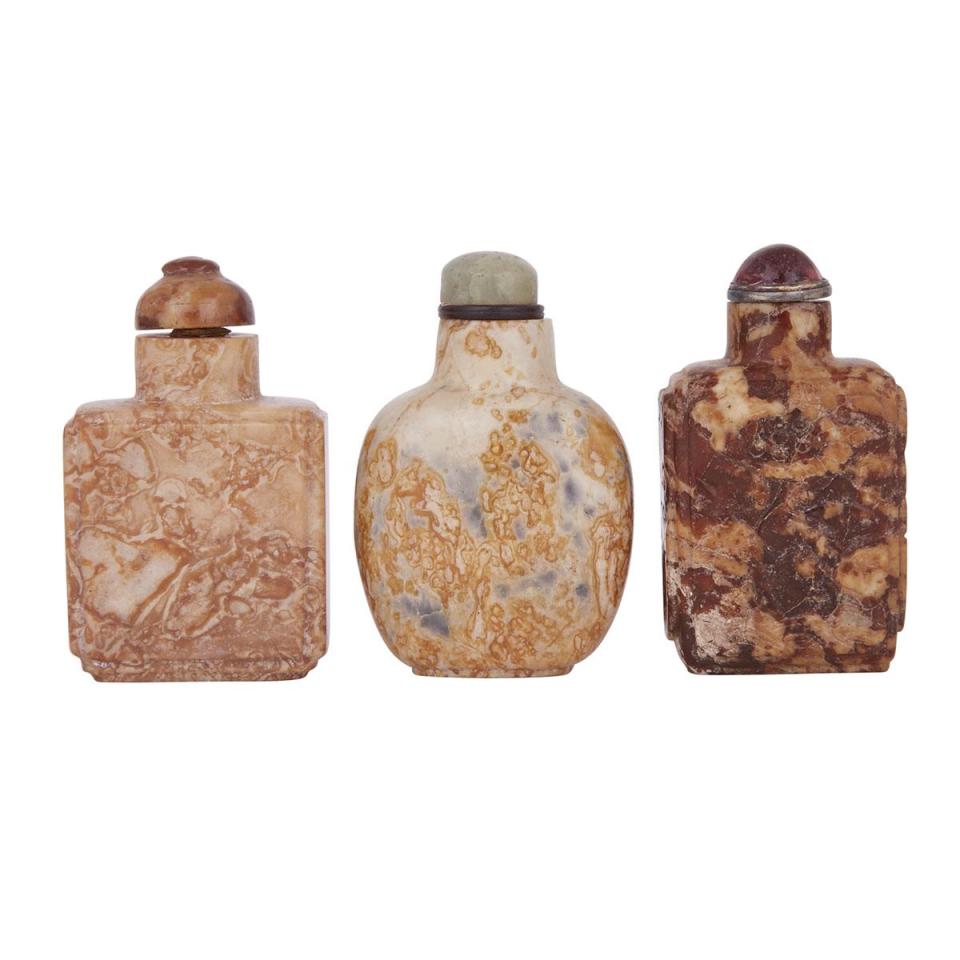 Including one of rounded rectangular form, carved of a mottled stone of cream, honey and grey tones, with a tortoise shell scoop. The second bottle of square form, with each face defined by a carved narrow channel, the stone of rippling butterscotch and cream tones. The third bottle of squared rectangular form, with a lotus carved to one side, and a bixi disc amidst clouds to the other, the sides carved with ringed lion handles, the stone of mottled brown, red and beige tones
height 3.1" — 7.8 cm.