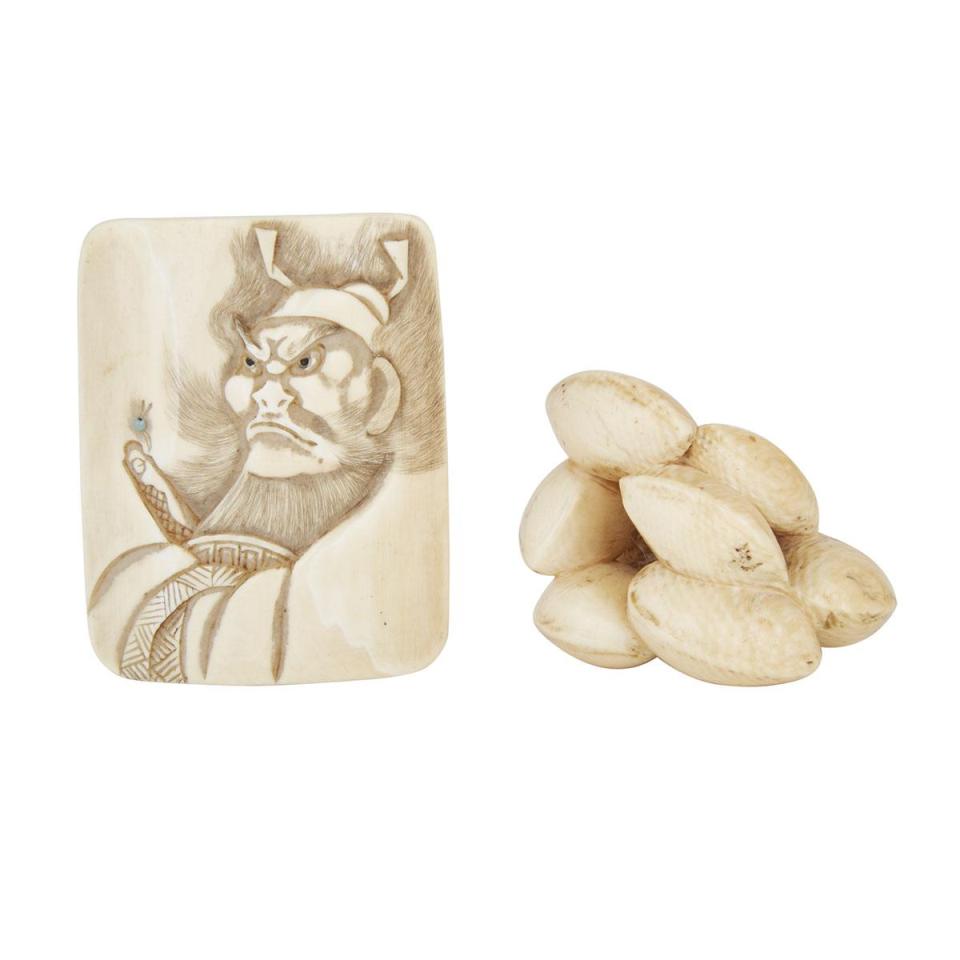 Including one rounded rectangular Manju netsuke, carved in relief to depict Zhong Kui, holding a tanto inlaid with a small bead. The second an anabori-netsuke, finely rendered as a pile of nine gingko nuts (Bai Guo), stacked to form a balanced composition
larger height 2" — 5 cm.

From the Private Collection of a Prominent Dutch Artist, and thence by descent within the family