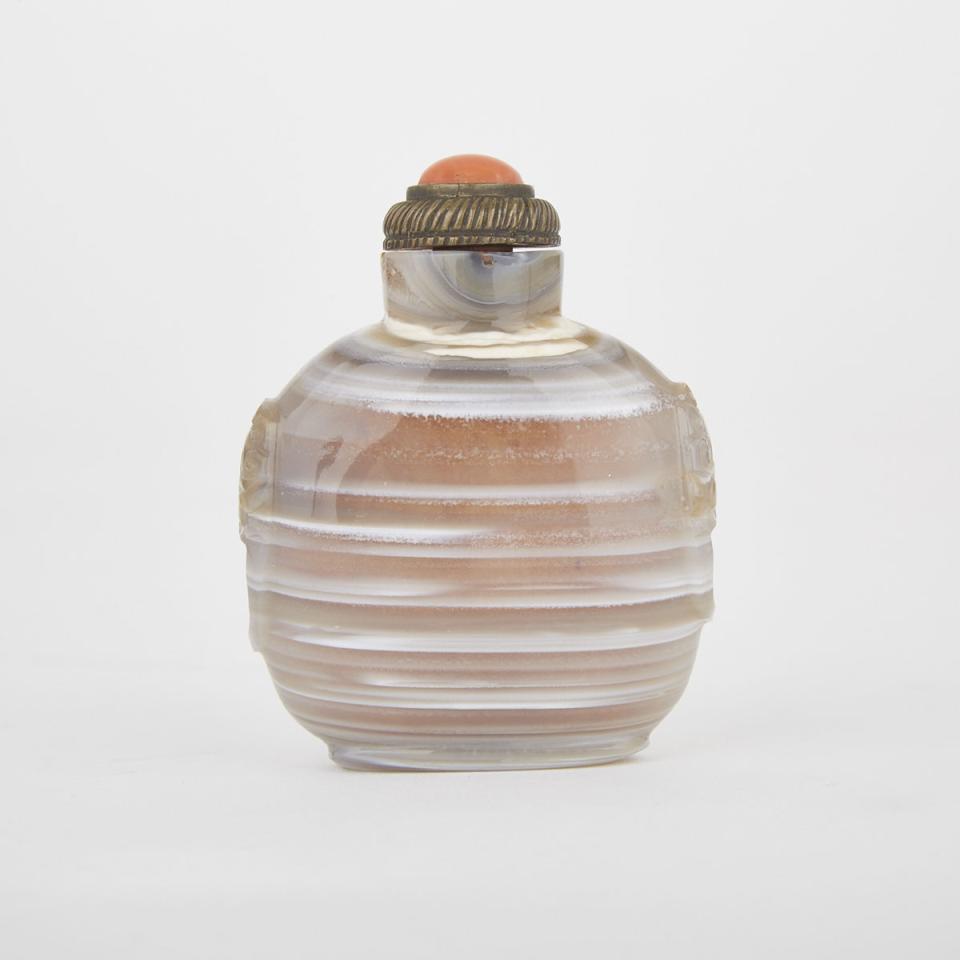 The bottle of flattened, rounded form and carved from a translucent stone of dove grey, honey brown and white tones, with fine horizontal bands encircling the body and archaic mythical beast handles to each side, with a coral stopper
height 2.6 in — 6.6 cm
missing scoop, minor losses, overall in good condition

A similar bottle was sold at Christie’s New York, March 21, 2013, lot 1029 as part of The Hildegard Schonfeld Collection of Fine Chinese Snuff Bottles