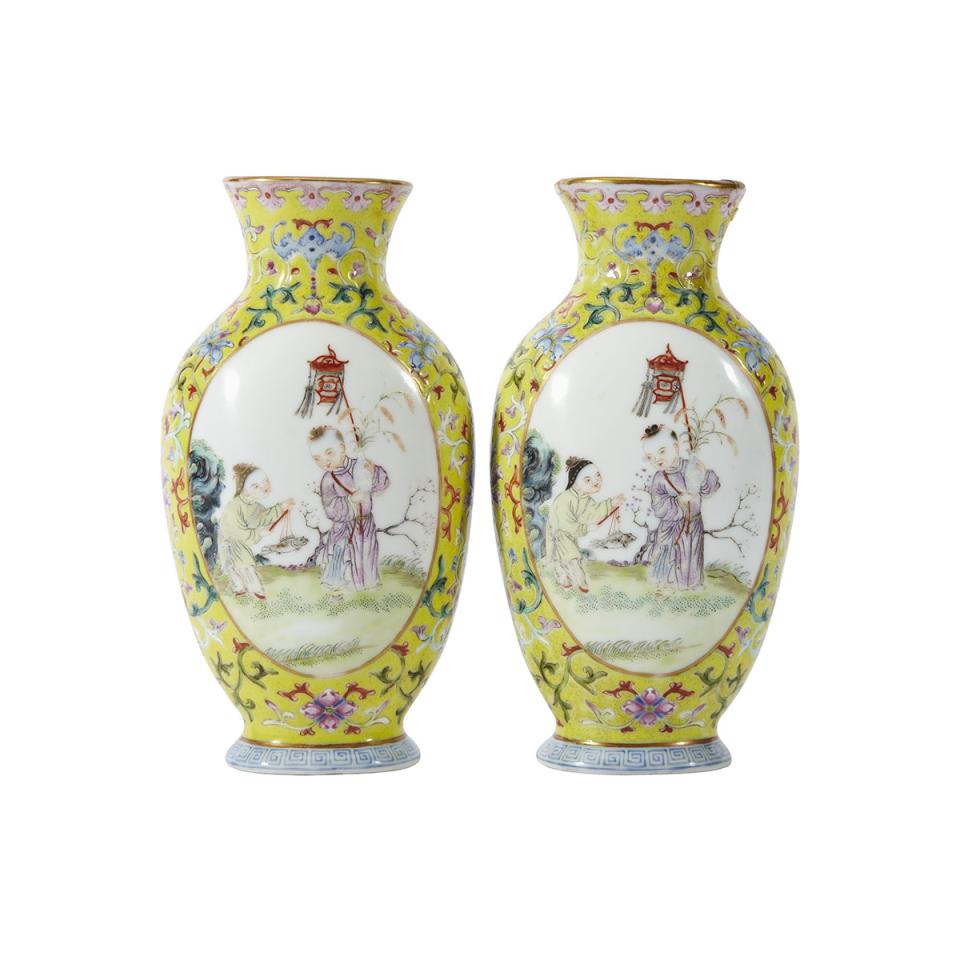 Vines of scrolling lotuses and plums decorate the sides of the ovoid body, which gently taper towards a splayed foot decorated with a continuous Greek key-fret pattern, oval reserves adorn opposing sides with each depicting a pair of young boys in play, one scene illustrating the children with ornate lanterns, the other with three small goats, a gilt border surrounding the flat rim and along the top of the foot, the interior and base both with a turquoise glaze
height 7.5" — 19 cm.
six-character Qianlong mark in iron red

These vases can likely be interpreted as wishes of good fortune and prosperity for the New Year. This theme is suggested by the presence of the “three goats welcoming a spring,” a motif which can be regarded a sign of happiness and change. Furthermore, illustrations of children, one of the most popular motifs in Chinese art, is often associated with the Chinese New Year, as it is symbolic of longevity and good fortune. The children, who are usually depicted as male, are rendered as plump and healthy figures to signify prosperity. Additionally, in most depictions, auspicious objects such as peaches, bats, or as in this example, ruyi and long ribbons accompany the children. Each of these objects bears its own symbolic significance, expressing specific wishes of good fortune. In this particular scene, the combination of the ruyi and ribbons can potentially be interpreted as a wish for longevity through successive generations.

The estate of an officer in the Dutch Merchant Marine during the 1890’s. Thence by descent to the current owners who immigrated to Toronto from the Netherlands in the 1950’s.