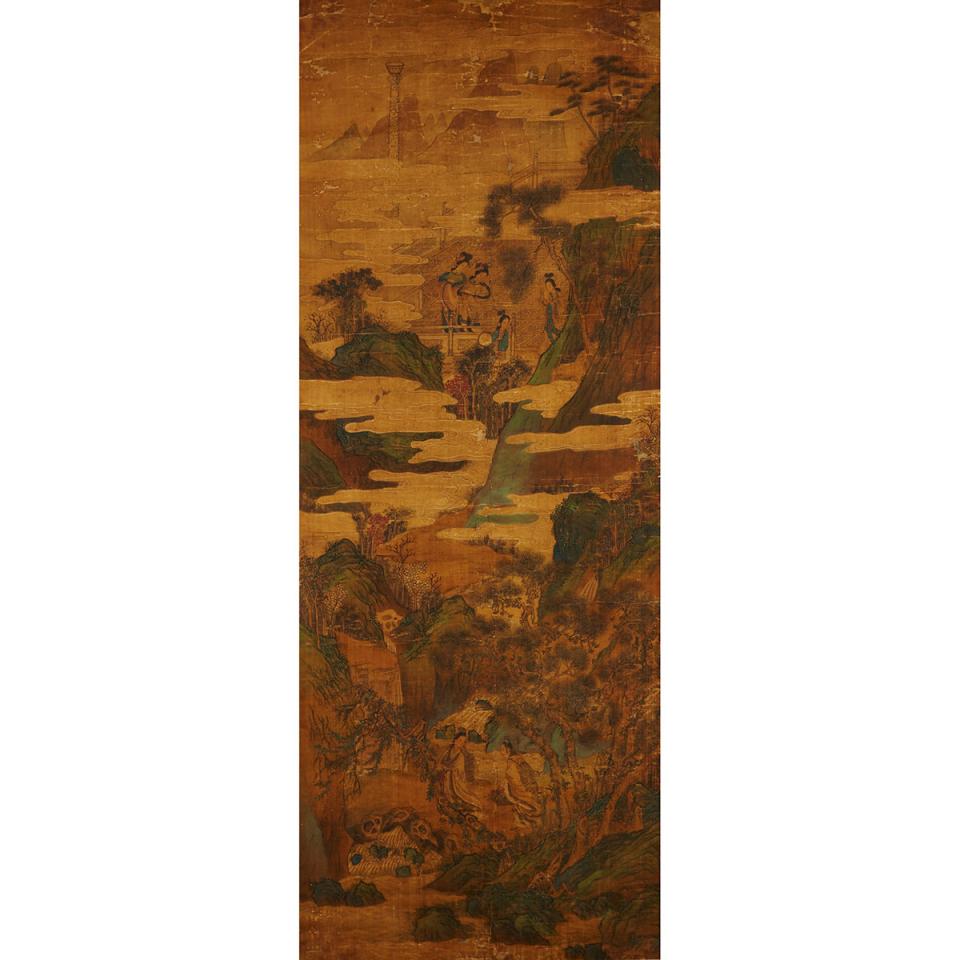 Scroll label states the work was remounted on August 1937, with signature Shen Deqiu