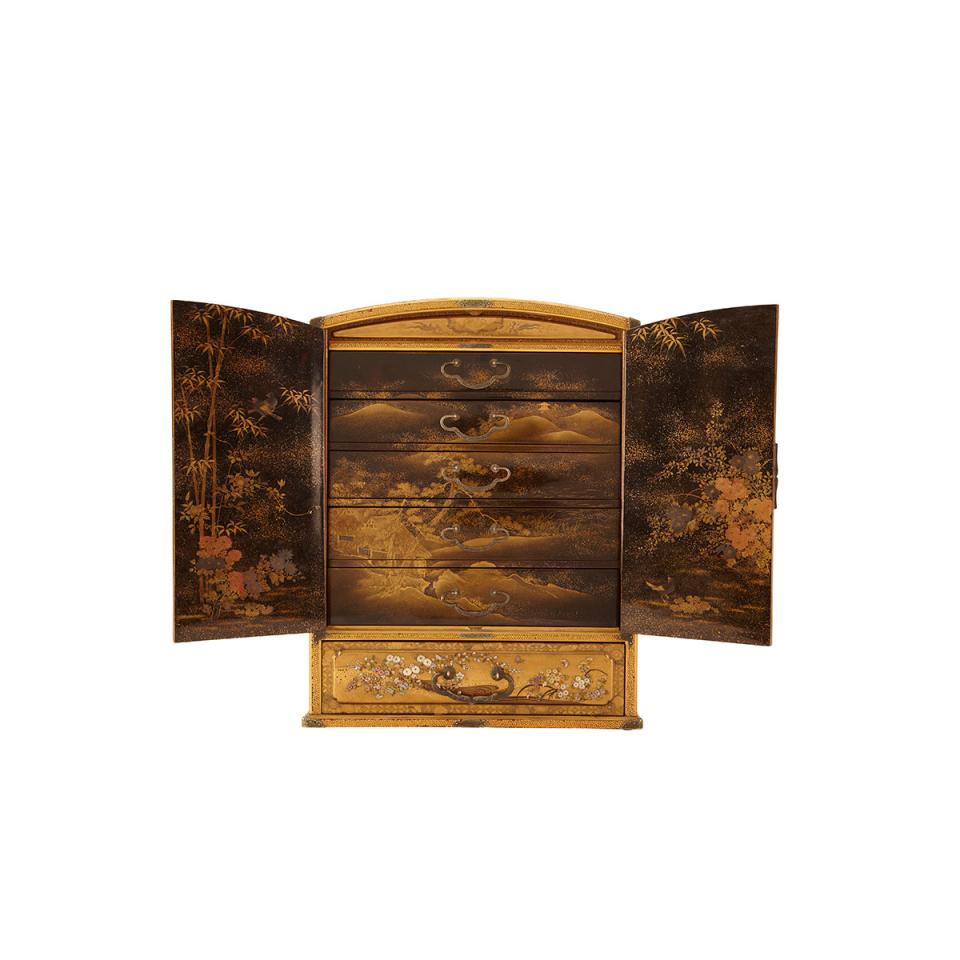 Finely lacquered in gold hiramaki-e and hirame and decorated with a garden scene including sparrows, peonies, chrysanthemum, and baskets of blooming flora along the hinged doors which open to reveal a splendid landscape rendered in gold takamaki-e and hiramaki-e against a roiro ground, the interior bearing five individual pull-out drawers with a larger compartment beneath, floral bursts, dragon and phoenix medallions worked in nashiji, fundame and hirame complete the remaining sides while a pair of phoenixes decorate the arched top
11.4" x 8.7" x 4.3" — 29 x 22 x 11 cm.

Lacquer ware has a long and rich history in Japanese art. The works can be grouped into one of three distinct styles, which include the classic or aristocratic, neo-classical or town studio style, and Shibayama or inlay style. The Shibayama style drew inspiration from a variety of resources including early works of Japanese art from the Edo period as well as Chinese export furniture, both of which incorporated shell, ivory, and other materials in their work. As in the present example, the Shibayama style was highly ornamental and relied primarily on floral motifs, birds, and human figures for decoration. The combination of the meticulously rendered inlaid scenes against the brilliant metallic ground became increasingly popular throughout the Meiji period and works from this time are highly coveted.

Acquired by the owner’s grandfather while visiting Japan in the 1880’s, thence by descent within the family. The box moved to Ottawa from Muenster Germany in 1953.