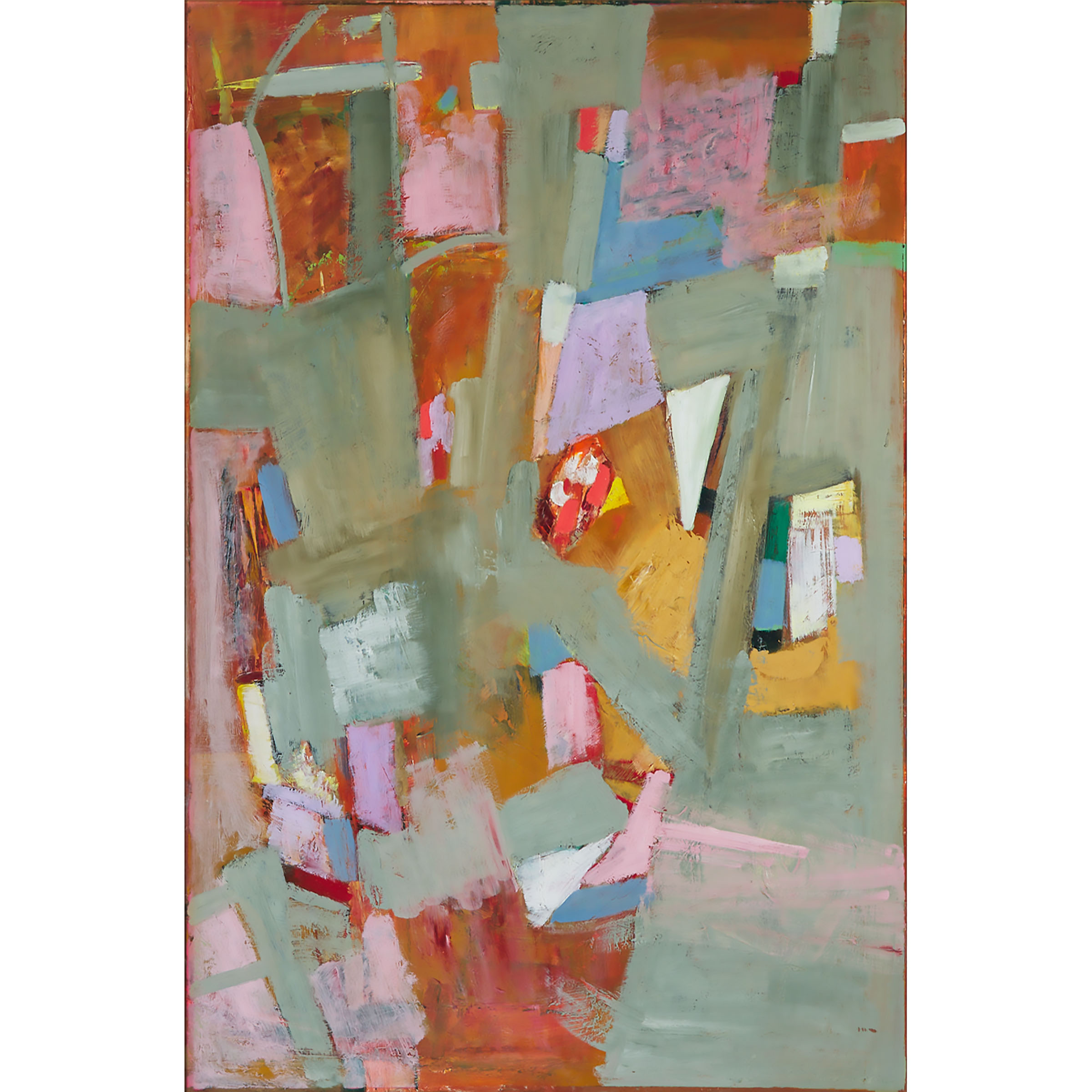 Alexandra Luke remained an autodidact until 1945. From 1947 to 1950 she spent some summer weeks each year in Provincetown so that she could train at the Hans Hofmann School. By 1952, Luke made the impressive move of organizing The Canadian Abstract Exhibition. It was the first nationally touring exhibition of abstract painting in Canada and it helped to spawn camaraderie amongst painters of non-objective art, and namely Painters Eleven to which she belonged from its inception until its end (1953-1960). Hofmann’s training made an indelible mark upon Luke’s painting practice. The pops of colour in fast but strong rectilinear shapes across this Untitled painting shows his influence. Her aim, she once wrote, “is toward a powerful creative aesthetic element resulting from a spatial concept of controlled abstract expressionism, arriving at three-dimensionality through two-dimensionality by deep consideration of the negative space and shifting planes of the subject…”

We thank Dr. Sarah Stanners, art historian, curator, and Director of the Jack Bush Catalogue Raisonné for contributing this essay.