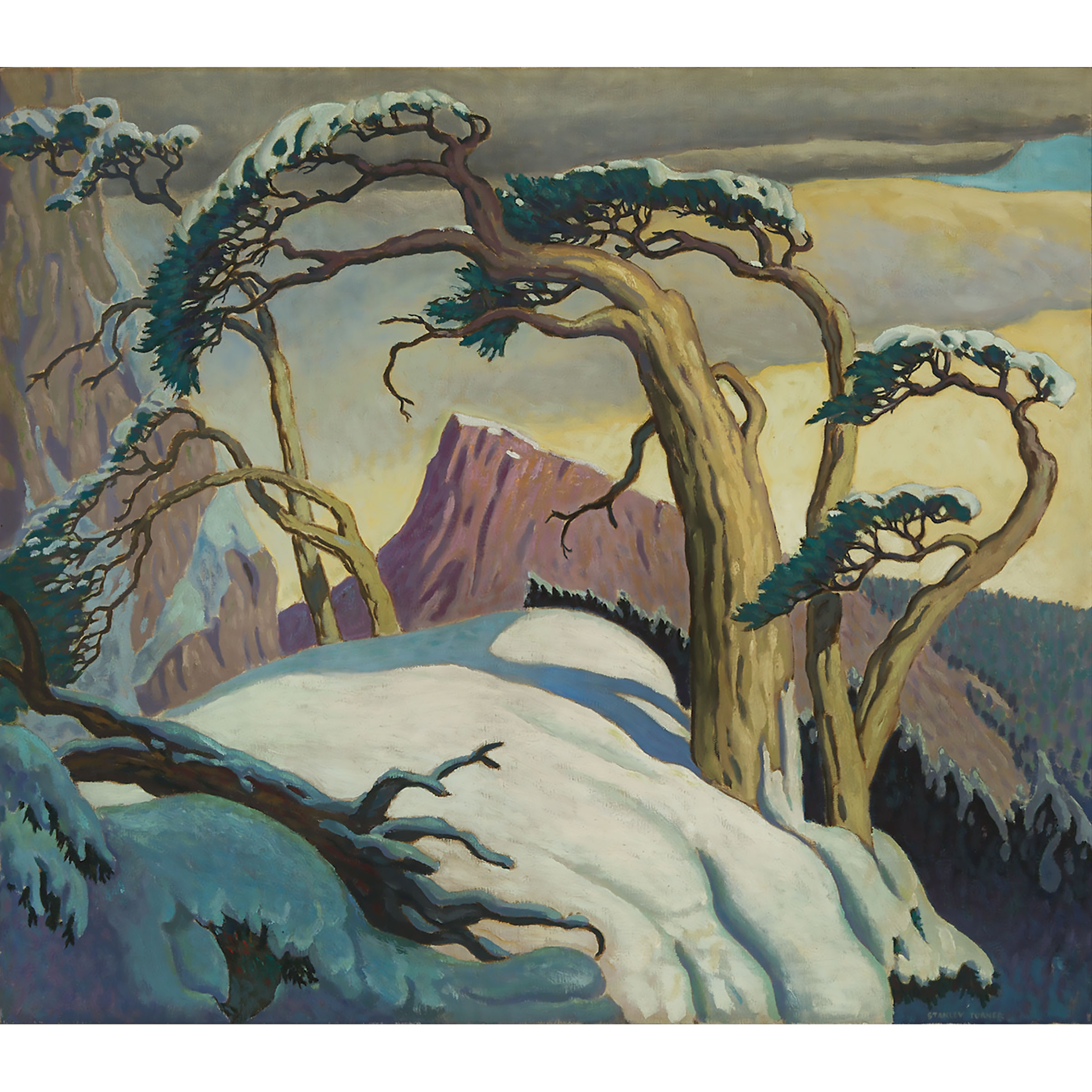 Coincidentally, both paintings by Stanley Francis Turner in this auction happen to feature trees bent to the will of nature. In Timber Line, Turner paints branches twisted by wind and weather, shaped into extraordinary curvilinear forms. In Heavy Snow, it is the languorous draped effect of deep winter on evergreen branches that caught Turner’s eye.

Turner was born in Aylesbury, England in 1883, immigrating to Canada at the age of 20. He began farming in Saskatchewan while continuing to make art. In 1911, Turner moved to Toronto to work in the advertising department of the Timothy Eaton Company. Seven years later, he would switch firms, joining Rous and Mann Press Ltd, where he would work under Franklin H. Carmichael, one of the founding members of the Group of Seven. A.J. Casson, who would join the Group in 1926 at the invitation of Carmichael, was also working at Rous and Mann at the time. Turner also studied at the Ontario College of Art in Toronto, where he was taught by George Reid and J.W. Beatty. These influences, combined with an interest in Japanese prints, can be felt in the works showcased here.