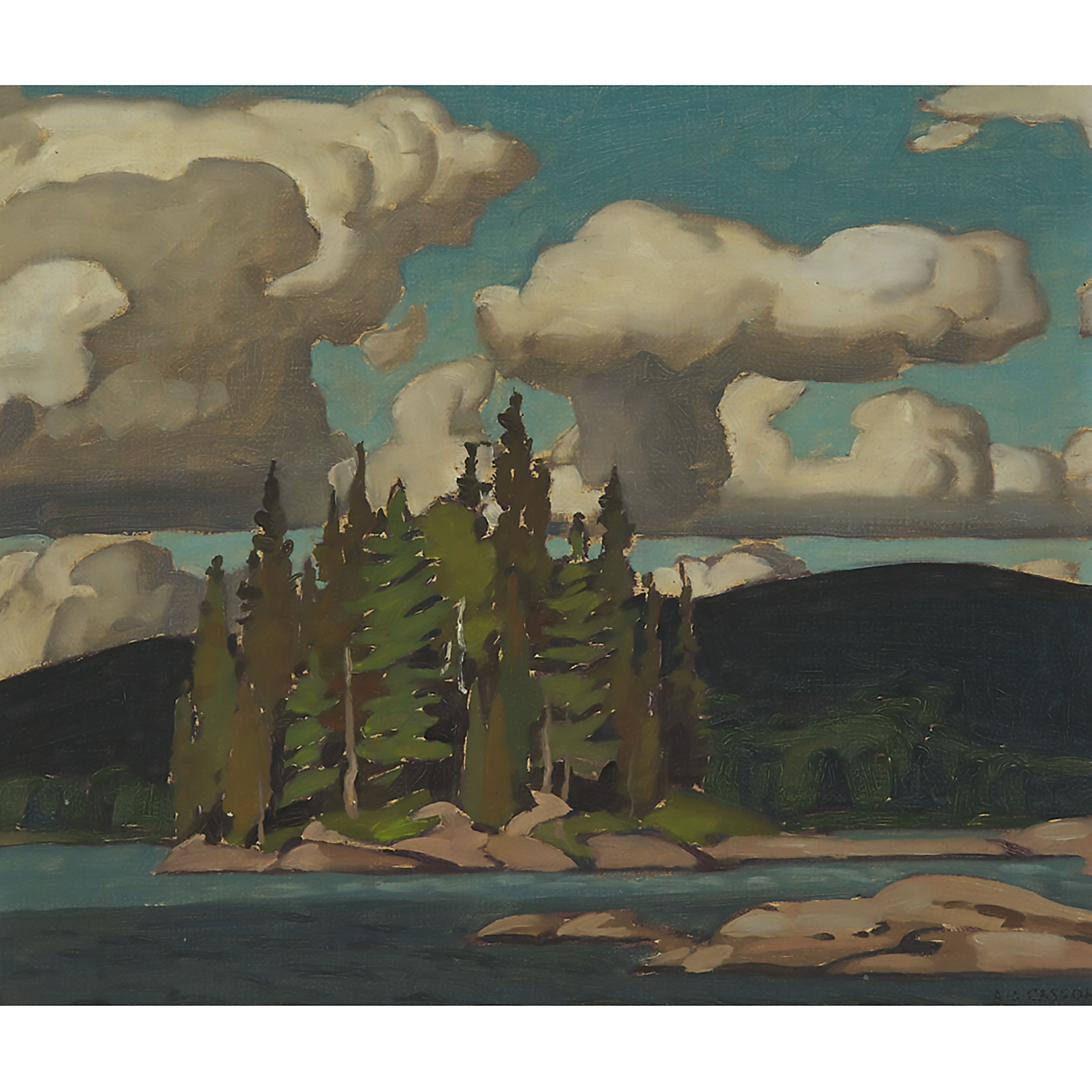 Lake of Two Rivers is in Algonquin Park. The park has been a source of inspiration for many Canadian artists, including A.J. Casson, since its establishment in 1893. Casson visited Algonquin Park many times throughout his career and was particularly active there from 1942-1945. Here, an island under changing skies is illuminated in sunlight while the treed hills behind are covered by shadow. As Ian Dejardin notes, Casson’s contribution to the Canadian canon is work that “is always hugely attractive and technically adept, while steering clear of any rough edges.” This painting was purchased directly from the artist in 1953 by Alice and Charles Matthews, of Sampson & Matthews, Casson's long time employer from which he retired in 1958 to paint full time. It's interesting to note the support on which this painting was done seems to be a part of a WWII poster, possibly created at Sampson & Matthews, as warplanes and the word "Fight" can be clearly seen on the reverse.

Gifted to the consignor's parents from Alice and Charles Matthews
By descent to Private Collection, Ontario