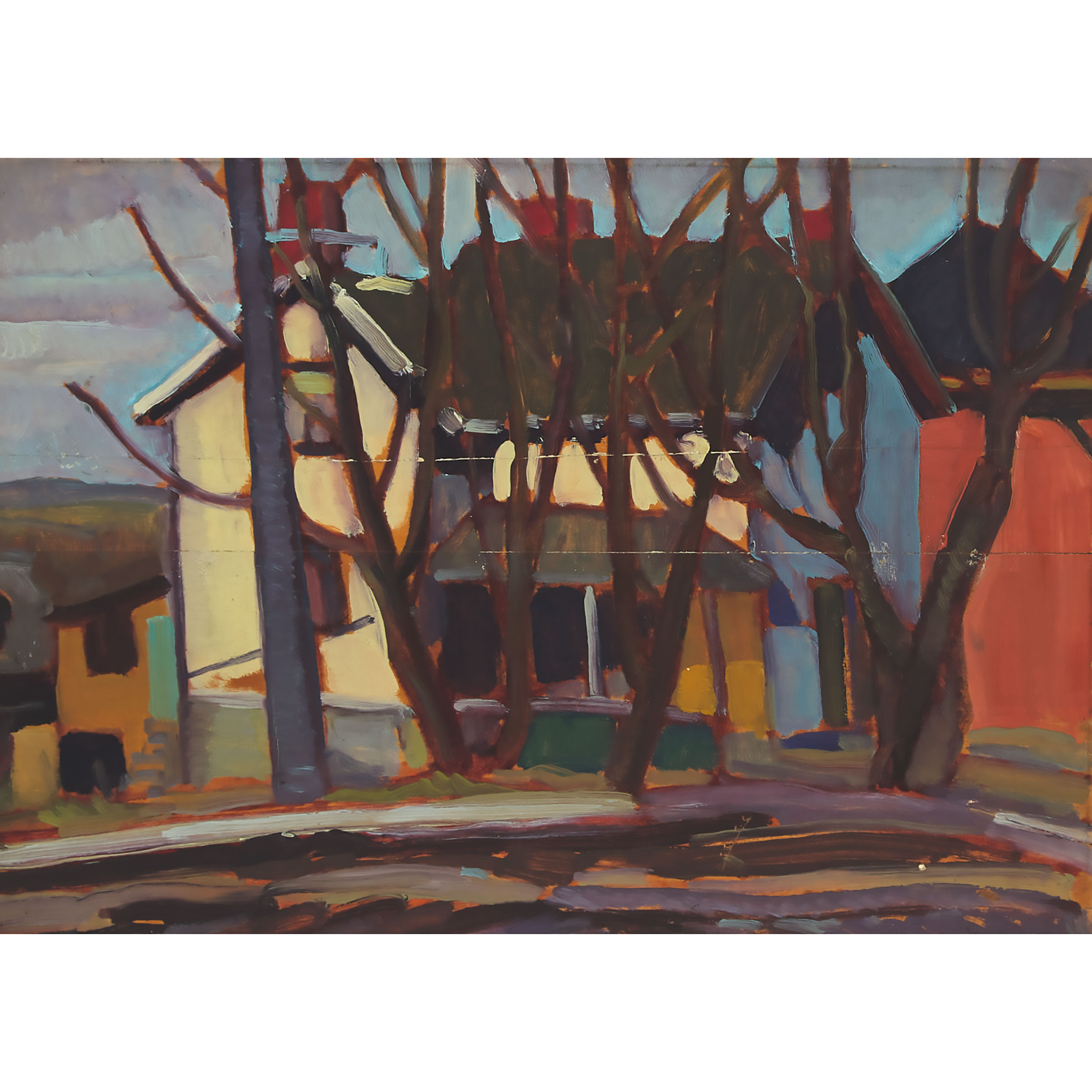 From 1924-27, Gordon Webber studied at the Ontario College of Art under Group of Seven painter Arthur Lismer, and took from his influence an interest in the expressionist treatment of colour, simplified forms, and dense, focussed subjectification of vegetation and landscape. Webber would later explore many of these themes in further detail in his abstract works, but earlier scenes such as this show his nuanced development of a Canadian painterly language. Often, Webber would explore the synthesis between the built and natural environments: trees seem to phase into structures, even as they obscure or conceal them. Here, the screen of bare trunks seems to blend in with the shingled roof, while the buildings nearly dissolve into the vibrant, liquid colours of the late afternoon sun. The scene is anchored by the verticality of the telephone or electrical pole to the left - a concession to modernity, perhaps, preventing the house from being entirely reclaimed by nature.

Family of the Artist, Kitchener, ON