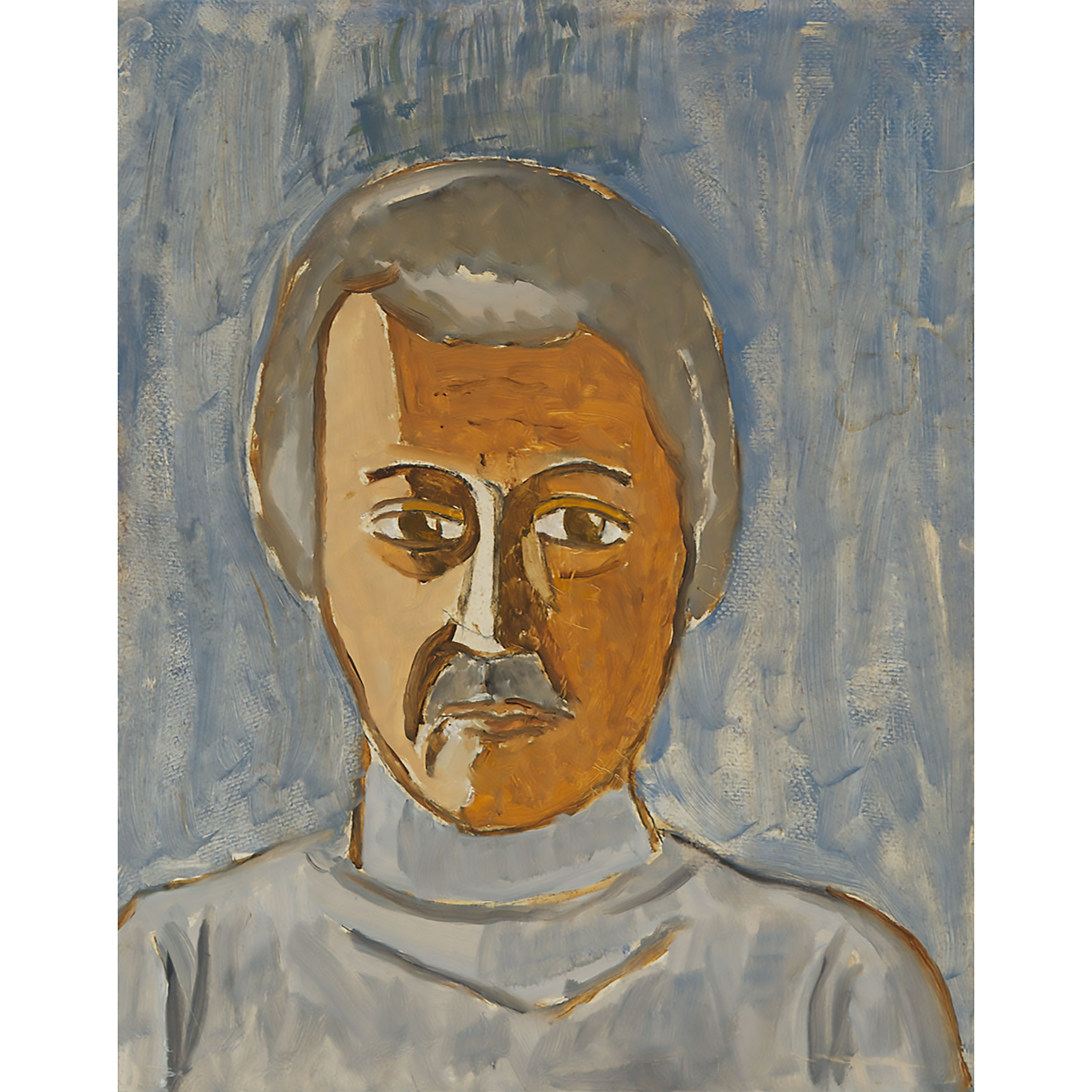 The riddle of the identity of Fairley’s sitter, Sepp Simon, remains moderately unsolved. A sports stadium in Bavaria shares the same name, though who its namesake is a subject for deeper research. “Sepp” is often a diminutive for the name Joseph, which might suggest that Josef Simon (1930–2016), a German philosopher and professor of the University of Bonn, might be our elusive sitter. Fairley, in addition to his painting career, was a fiery and inspiring teacher of German literature and one of Canada’s most renowned scholars on Goethe, which might explain how the two men crossed paths.

Fairley was known for his interest in extracting the essence of his sitters, searching for an aspect rather than photographic likeness. He was quick to paint, finishing his paintings alla prima, asking subjects to pose only for a few hours. In this instance, the finished effect is assured, confident, focused and emblematic of the period in which it was painted.