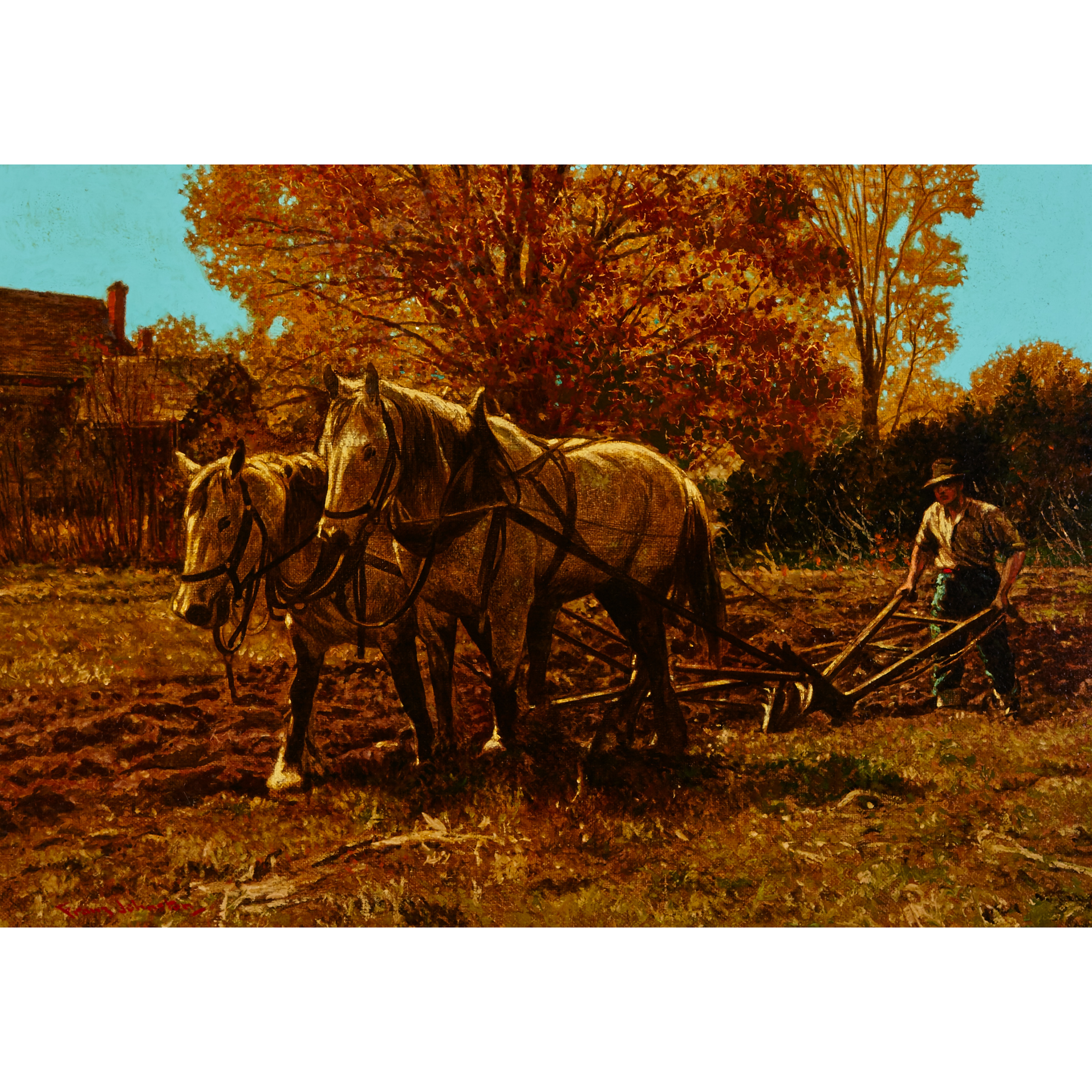 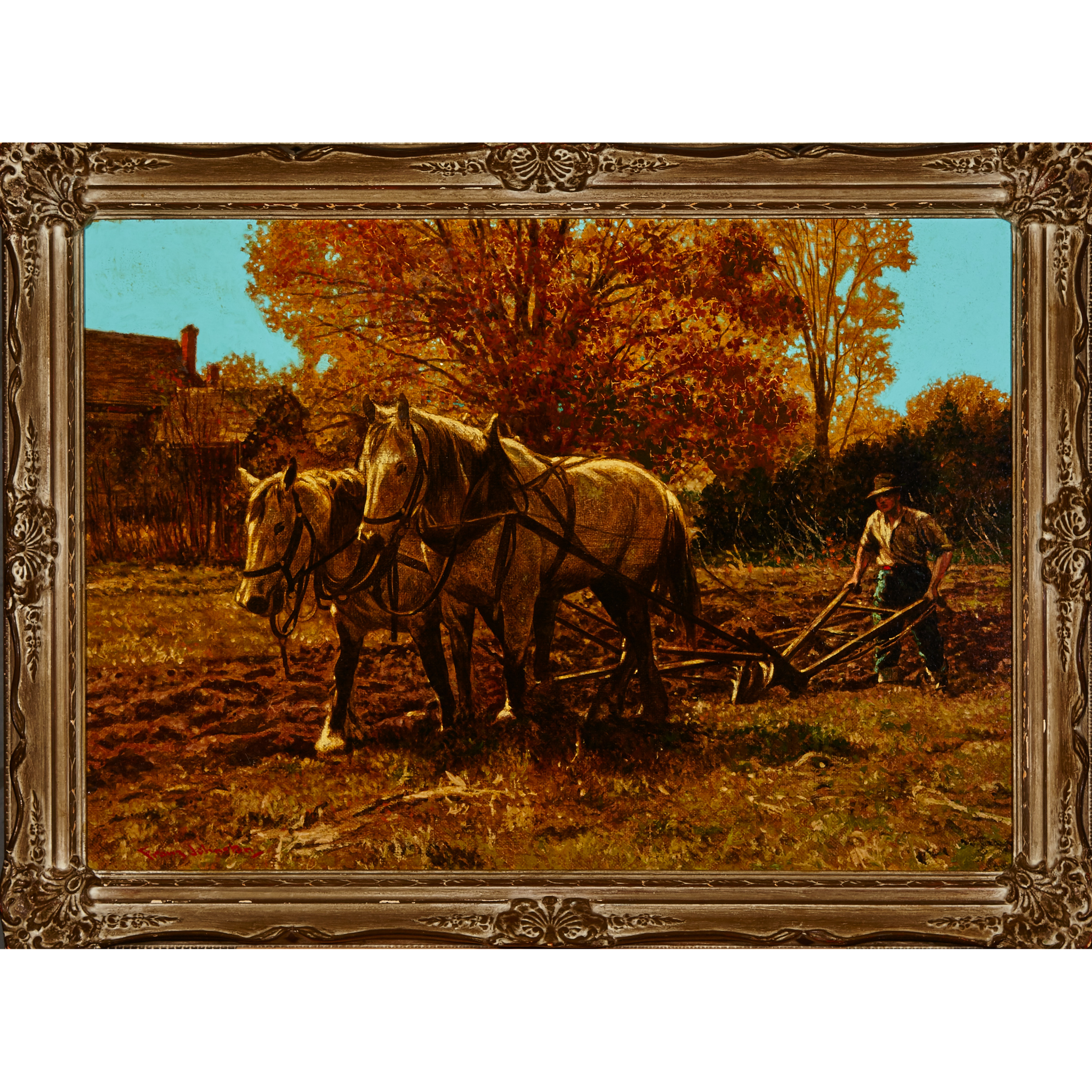 Ross King writes: "After leaving the Group of Seven, Frank Johnston put geographical as well as artistic distance between himself and his former colleagues," thereby earning a number of detractors. These were primarily fellow artists, who felt that Johnston had committed, in King's words "a kind of apostasy" as he ventured away from the more prescribed style of the Group. But with a family to support, Johnston gambled that he could succeed as well, or perhaps even better, on his own. It was a gamble he won, which may have rankled the Group.

In fact, Johnston enjoyed tremendous commercial success. His paintings of pastoral subjects such as this lot were, and remain, enormously popular. As proof of this, Burford notes "that of the eighty paintings (Johnston) exhibited in the Eaton's show of 1943, more than half sold in the first three weeks at prices ranging from fifty to one thousand dollars..." But it wasn't exclusively economic success that Johnston enjoyed; his paintings were critically popular, too. Burford writes that the Globe and Mail's critique of Johnston's 1944 exhibit at Eaton's College Street enthused that "the workmanship was utterly remarkable,” a truth, says Burford that "even Johnston's greatest detractors had to allow of his work.”