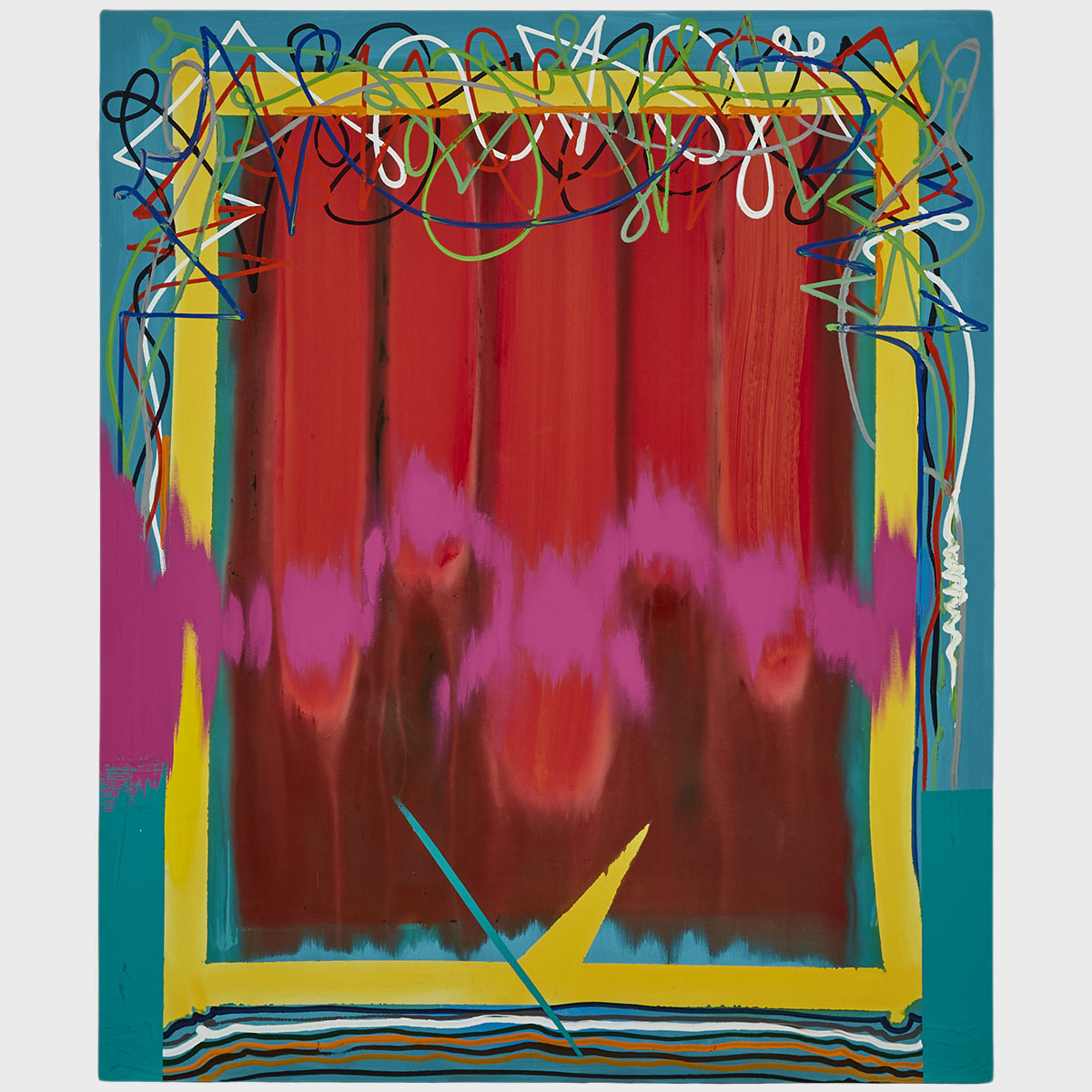 THE MUSIC OF THE BILL SMITH ENSEMBLE

Gordon Rayner (1935-2010) first appeared on the Toronto art scene in the late 1950s at a time when Abstract Expressionism had captured the imagination of young Toronto artists. Beginning as a commercial artist, Rayner was introduced to painting by his friend, Dennis Burton, with whom he shared an interest in jazz. Jazz was an integral part of the Toronto art scene, and Rayner (a drummer) became part of the long-lived Artists’ Jazz Band along with three other local artists. In the 1970s, Rayner made multi-media collages whose compositions were unified by passages of painting, and in 1978, a book on oriental carpets that he received as a gift was to have a significant impact on his work. In 1980, visiting critic Donald Kuspit detected a “Persian sensibility” in Rayner’s work. The Music of the Bill Smith Ensemble, painted in 1980, the year the ensemble was formed, recalls some of Rayner’s earlier work: the collage-like quality, the stained portion of the canvas from his post-painterly period, and a passage of expressionistic painting (applied directly from the tube). The dominant central motif, framed by decorative bands of bold colour, may be the influence of oriental rugs and of his travels through the East. Rayner has effectively captured the diverse quality of the sounds produced by the instruments in Smith’s ensemble: the rich red background could be the double bass; the pink sound waves, the violin; and the expressive web of lines festooning the top of the yellow frame—Smith’s saxophone or clarinet.