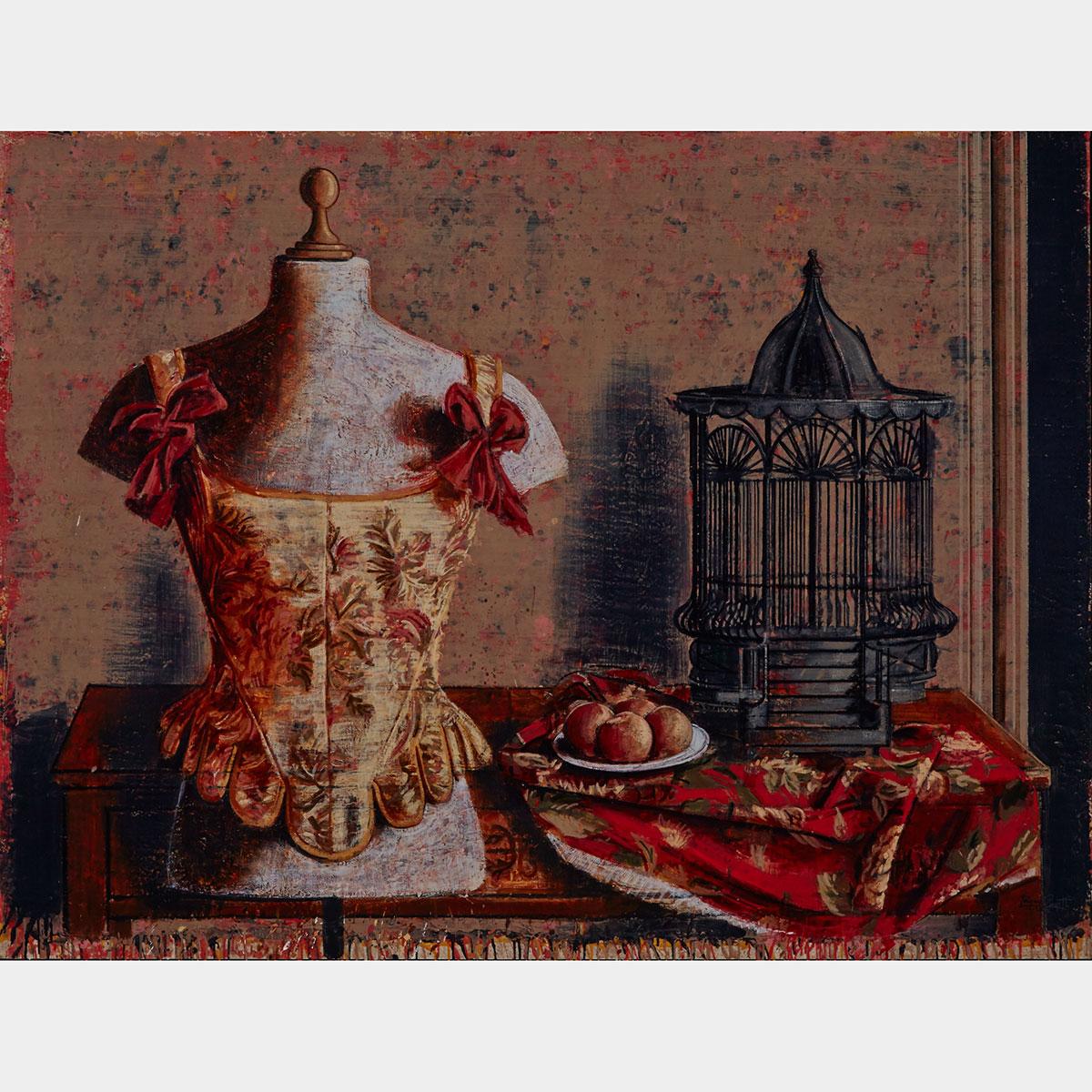 Jacques Payette was born in Montreal in 1951. A self-taught artist, he began exhibiting his work in the early 1970s in Montreal and subsequently throughout Canada. His work is characterized by its quiet and moody ambience with layers of encaustic paint, creating rich transparent colour for a dream-like effect. Payette is known to paint portraits of his wife and daughters but also frequently includes historic objects and costumes from the 18th and 19th centuries for which he holds a fascination. The duality of the physical and metaphysical is an underlying theme in his work, which for Payette is a way to better understand and appreciate his surroundings. Says the artist, “Our senses can only perceive what they are made for; maybe art enables us to transcend these senses and see farther into the horizon.” In 2011, the Musee des Beaux-Arts in Montreal held a retrospective exhibition of Payette’s 30-year career entitled “Capturing Time.”