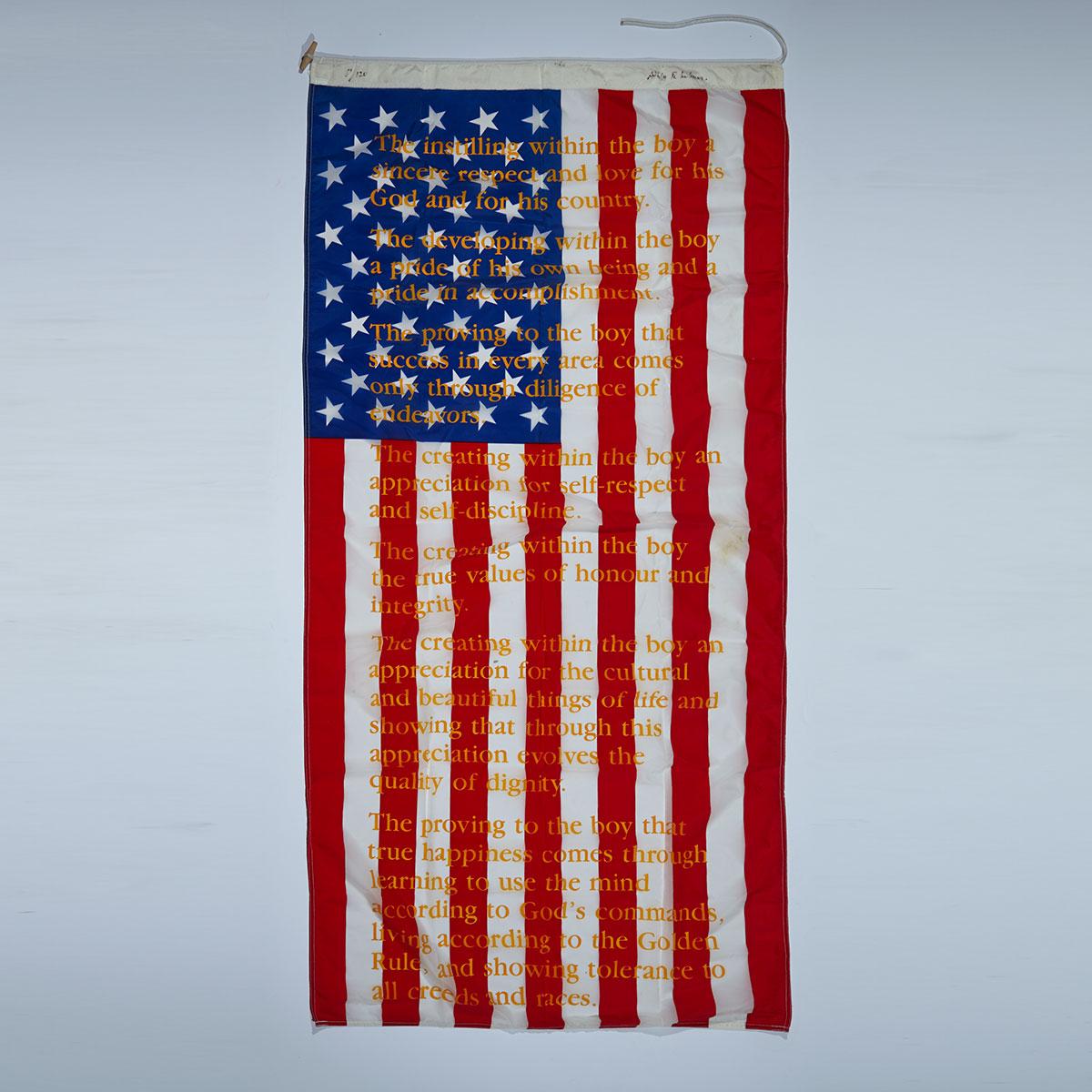 Attila Richard Lukacs is known as a pioneer in the Canadian Contemporary art scene and is highly revered for his ambition and international success. As a spontaneous and outlandish multidisciplinary artist, Lukacs turned heads in the early 1990s with his portrayals of sexual aggression and social deviance through painting and photography. Keenly interested in the neo-Nazi subculture of West Germany, he launched his career once he arrived in Berlin, inviting young skinheads into his studio and turning fascist symbols into sex objects.

Lukac’s success stems from his ability to document history from a perspective that others were afraid of or simply hesitant to explore through art. American Flag Edition (1990) is a silkscreen American flag, from an edition of 120 that originates from the artist’s military series. The work examines the various institutions that recruit young men, and attempt to build character and instill discipline by authority. Through the use of text, Lukacs references the undeniable powers of persuasion associated with the conscription process.

Originally from Calgary, Alberta, Lukacs attended the Emily Carr institute of Art and Design and graduated in 1985. His work is included in many public and private collections including the Vancouver Art Gallery, Museum van Hedendaagse (Belgium), Musee d’art Contemporain (Montreal), the Belkin Gallery (Vancouver) and the Art Gallery of Nova Scotia. He remains a driving force in the Canadian art community, currently residing in Vancouver, British Columbia.