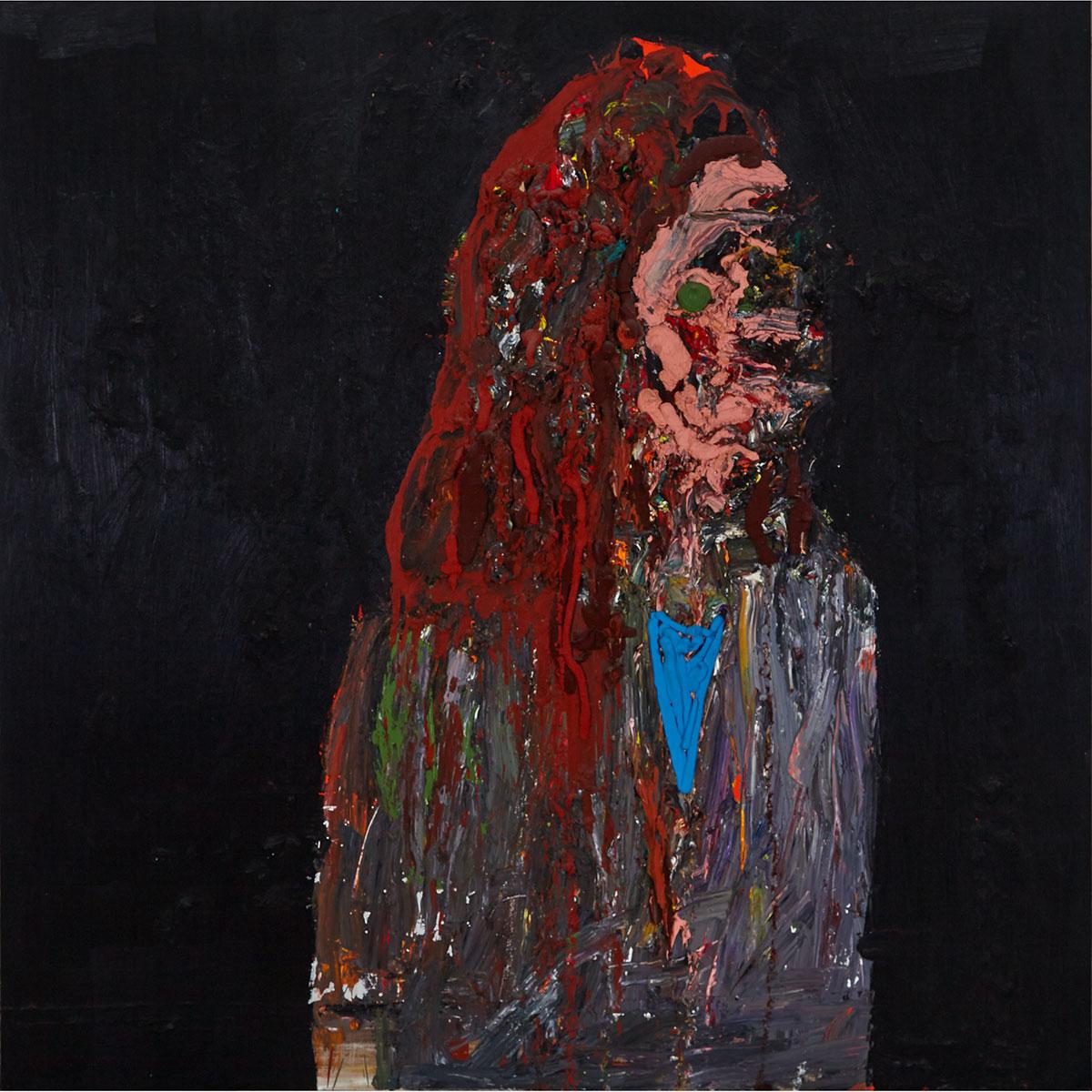 A painter of extremes, Kim Dorland’s artwork is an instantly recognizable fusion of intense colour, copious amounts of paint and psychological narratives. Drawing his inspiration from the likes of Tom Thomson and the Group of Seven, he takes the rich tradition of Canadian landscape painting and infuses it with contemporary imagery such as spectral figures that seem alienated in natural settings and colour combinations that transfix the viewer’s gaze. In Dripping Dream #2, (2013), Dorland depicts himself sitting deep in the woods making the first brushstroke on an otherwise blank canvas of neon pink. “This painting came from a photo of me painting outdoors at the Emma Lake workshop in 2009…I wanted to make a painting that used this experience but twisted it to give it a sense of claustrophobia and a hallucinatory feel.”

The sitter for Sad Girl (2008), from Dorland’s portrait series About a Girl, is his wife, Lori. The massive scale of the painting and the seemingly violent rendering of the subject are at first disconcerting. Viewers are left pondering the psychology behind such a depiction, but the artist insists that first and foremost, his works are about the creative process, his near obsession with colour and his powerful and intuitive relationship to paint.

Dorland studied at the Emily Carr Institute of Art and Design as well as York University where he received his Master of Fine Arts in 2003. His works are exhibited globally and are included in the collections of the Montreal Museum of Fine Arts; the Musee d’art Contemporain de Montreal; the Glenbow Museum (Calgary); and the Museum of Contemporary Art (San Diego).