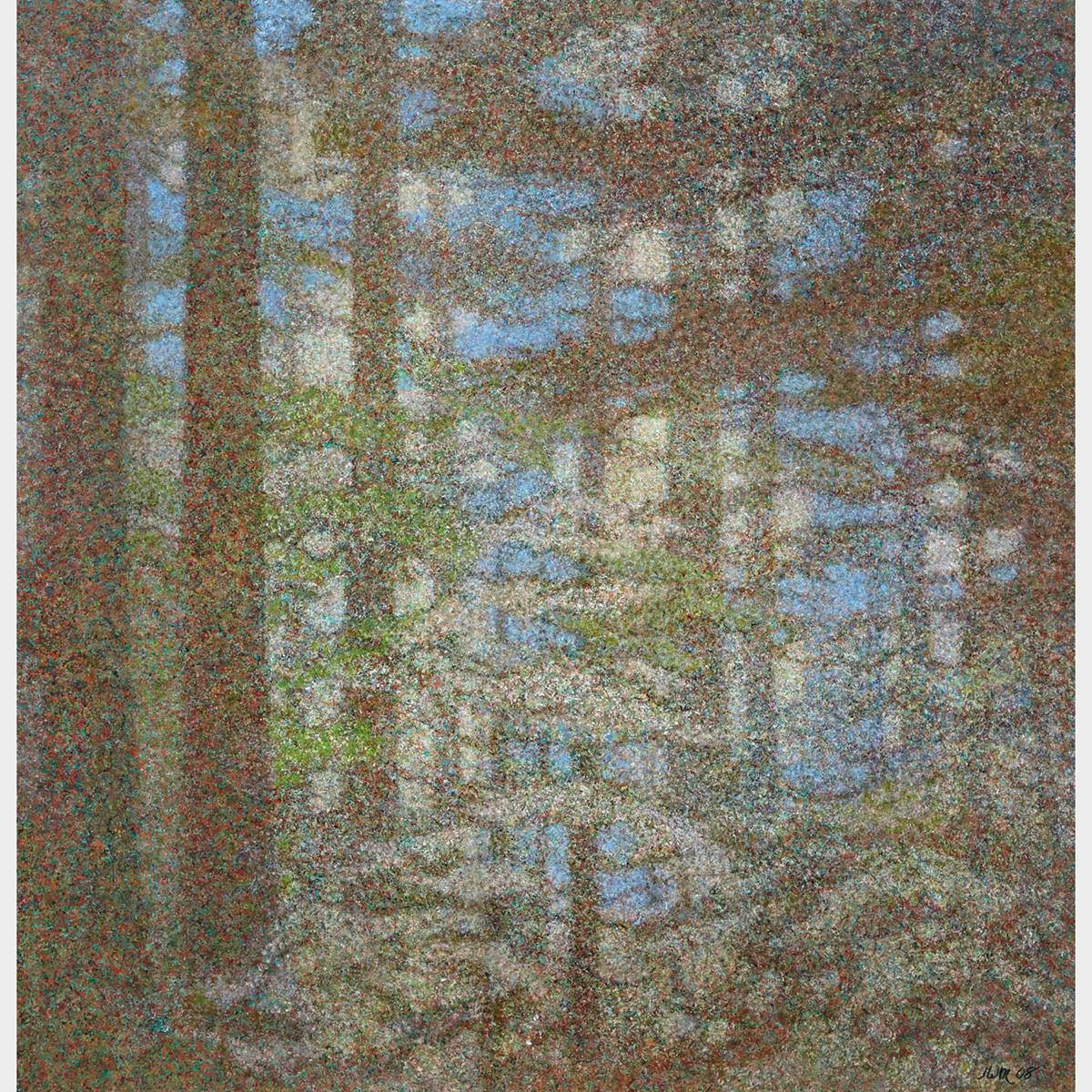 “Willsher-Martel’s work is not so much the result of reasoning as an instinctual feeling for the place in which she grew up… What we see is mystical intuition: she is an heir to the Romantic tradition, and her work is part of a larger quest for the spirit.”

Born in Victoria in 1925, Joan Willsher-Martel moved to Toronto in 1952 with a view to become an abstract artist. Willsher-Martel developed her own artistic style inspired by the Painters Eleven and Emily Carr, infused with Pointillism and Impressionism. Her works are romantic and meticulous, resembling four-colour process inks in a Gaussian blur. Often depicting the trees and landscapes of British Columbia, Willsher-Martel’s mature works are an otherworldly homage to her birthplace.

It is not uncommon for artists to re-consider aspects of their work, as is the case with this painting, which was originally executed in 1977 and re-visited by the artist in 2008.