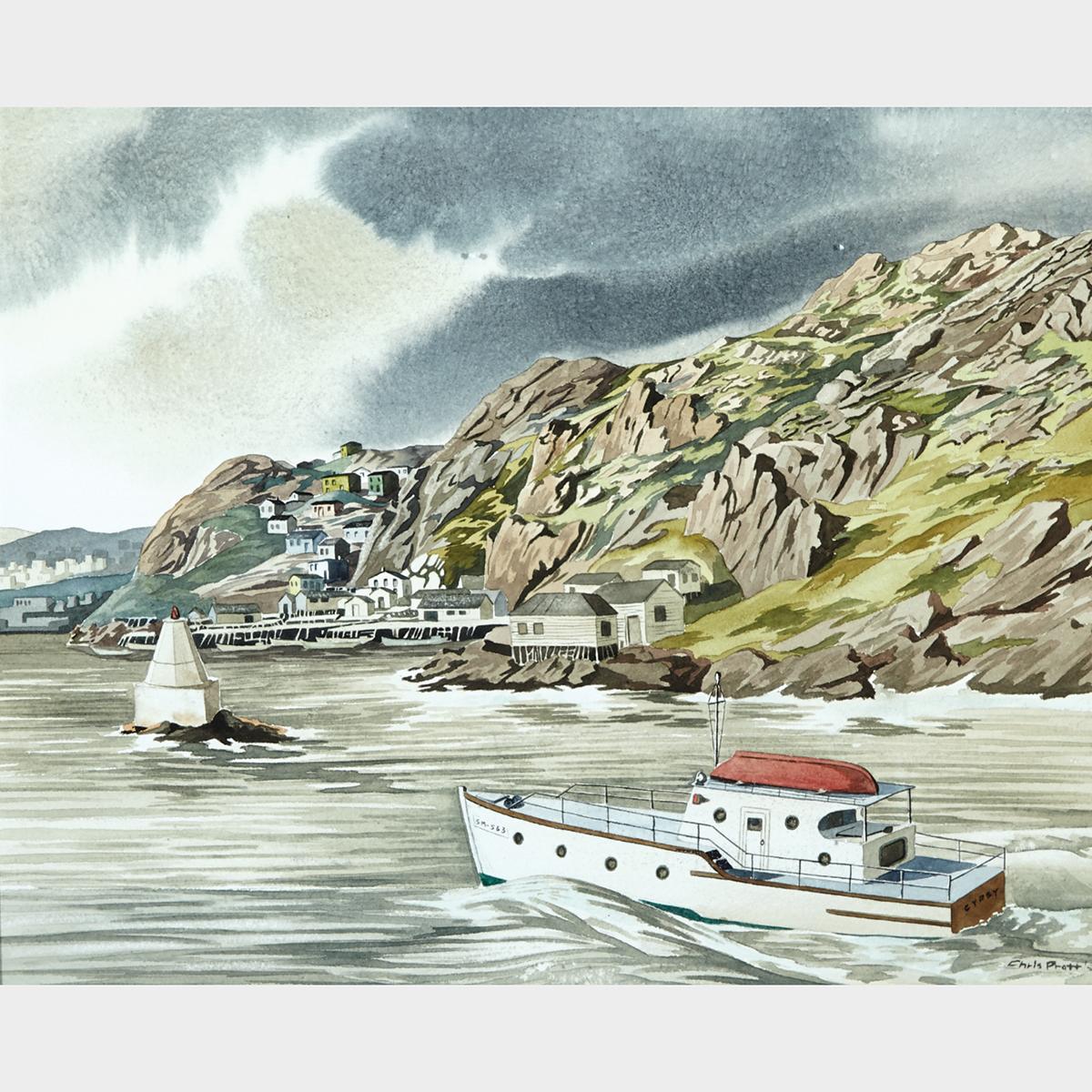 THE GYPSY ON THE NARROWS

“During the winter of 1956 I did several watercolours that were concerned with the look and feel of St. John’s, romantic subjects that yielded easily to techniques I had learned from reproductions of paintings in American magazines…”

Created before Pratt’s shift to hyper-realism, this painterly work is rooted in a regional geography. Unlike his later works, which aim for the sublime, it is the personalization of this watercolour – the non-fictional infusion of time and place – which makes the impact. That Pratt has called the east coast home for all of his life makes him an authentic narrator of its vistas. The Narrows is the only entrance to the St. John’s Harbour, a passage between the Southside and Signal hills.

The story of the work’s acquisition from the artist by the original owner is playful and intriguing. Upon leaving the artist’s studio, the gentleman caught a glimpse of a work depicting The Narrows. He jested with the artist, stating that if Pratt would only paint his boat, The Gypsy, into the scene, he could consider it sold. The artist accepted the challenge, and this work is the result of that exchange.