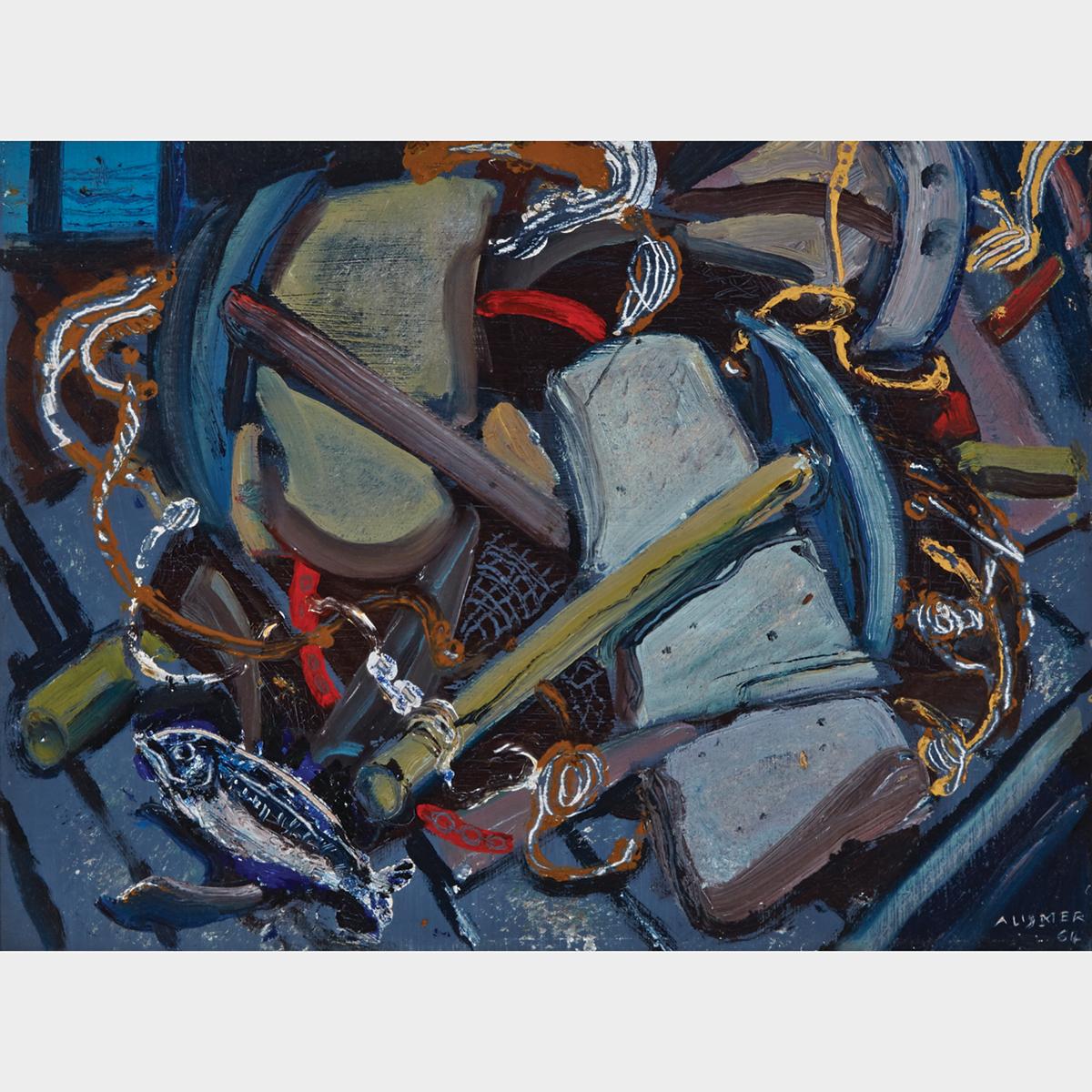 In 1940, at the age of fifty-four, Arthur Lismer moved to Montreal to take up the position of educational supervisor at the Art Association of Montreal, which commenced in January 1941. He also began teaching fine arts and aesthetics at McGill University on a sessional basis that Fall. This change of location was to have a noticeable effect on his art, for in Montreal, Lismer was able to observe how Modernism was developing in Quebec through the work of the Contemporary Arts Society and the Automatistes around Paul-Émile Borduas. Also, beginning in 1945, Lismer began to make sketching trips to Cape Breton Island (in addition to Georgian Bay and later, Vancouver Island) up until 1954. Killicks was one of several small pictures that resulted from that final trip.

The paintings that Lismer made in Ingonish and Neil’s Harbour on the east coast of Cape Breton differ significantly from his earlier, better-known work at Georgian Bay. In this picture, the focus of the tightly knit composition is the dock litter that he encountered —barrels, buoys, killicks (stone anchors), etc. The maritime landscape appears only in the upper left corner through a window. Lismer was drawn to the well-worn, hand-made objects as subject matter because they had “the same feeling of weather as pine trees,” as well as “a human quality.” They also symbolized the fishermen’s resourcefulness in crafting objects which they could use to make a living from the ocean.

The influence of contemporary Montreal painters can be seen in Lismer’s selective use of thickly applied paint (here, confined to the netting, rope and patch of sea) in which the artist has drawn with the end of his brush to create details descriptive of water, netting, fish scales, etc. The close-up focus has an abstracting effect; it forces us to appreciate the abstract interplay of shapes and colours—blues and greys, punctuated by touches of brown and amber, and a red rope for contrast. Lismer never abandoned the subject in favour of pure abstraction, but a work such as Killicks clearly demonstrates that he had an affinity for it.