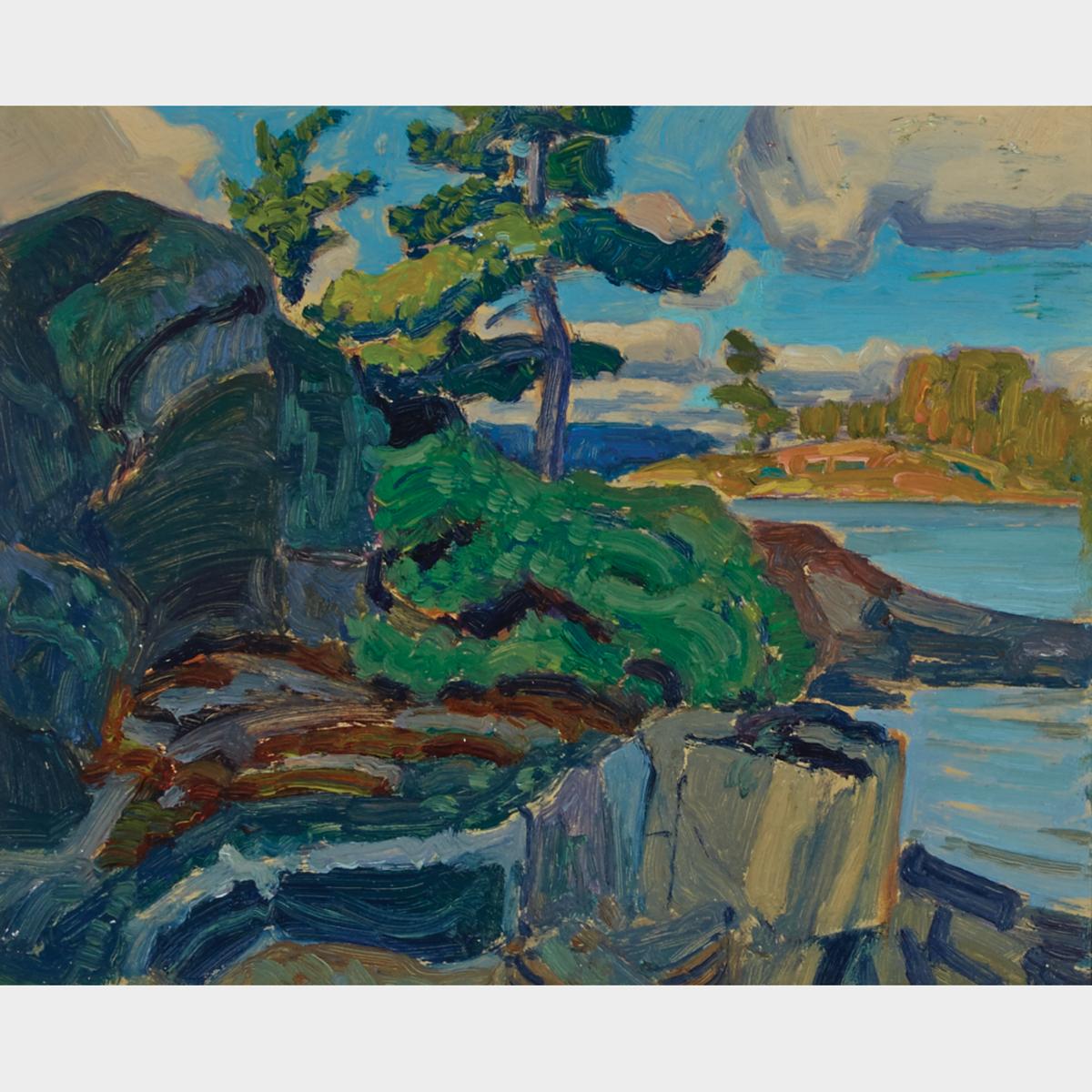 J.E.H. MacDonald was never a prolific painter and by the end of the 1920s his professional responsibilities at the Ontario College of Art (O.C.A.) restricted his output further. He remarked in a letter to the O.C.A. Council of “teaching & its associated troubles” and there is no doubt that he was frustrated by the fact that his job left him little opportunity to paint.

While MacDonald continued to participate in major Group of Seven shows throughout this busy time, according to E.R. Hunter, MacDonald was exhibiting old canvases because the demands that had been placed on his time precluded him from producing new work – which makes a painting like this lot, dating from this period, exceedingly rare.

Furthermore, MacDonald’s health, which was never robust, worsened toward the end of the 1920s. In 1931, on his doctor’s advice, he travelled to Barbados for rest. However, following his return to Canada, he still felt compelled to travel once more to a place that had been almost sacred to him – a place to which he had taken many trips with his son from the early nineteen-teens to the end of his life: Georgian Bay.

Situated among the 30,000 Islands of Georgian Bay just south of his beloved Algoma, Sturgeon Bay offered to MacDonald an expressive setting of rocky shorelines and wind-swept pines.

The works considered to be among MacDonald’s greatest outside of his Algoma period were the mountain subjects, which the artist executed during the last few years of his life – including Snow Fall, Lake Oesa. MacDonald’s early biographer, E.R. Hunter calls it “an irony of fate” that in these last pictures MacDonald “returned to the simple search for truth and entered the threshold of a other period of promise.” It is interesting to consider that, in this work, MacDonald chose not to paint the low horizon line featured in some of his best Georgian Bay scenes. Perhaps significantly, he focused on building up a mountain-like form in the left foreground, lending a sense of majesty to the composition.