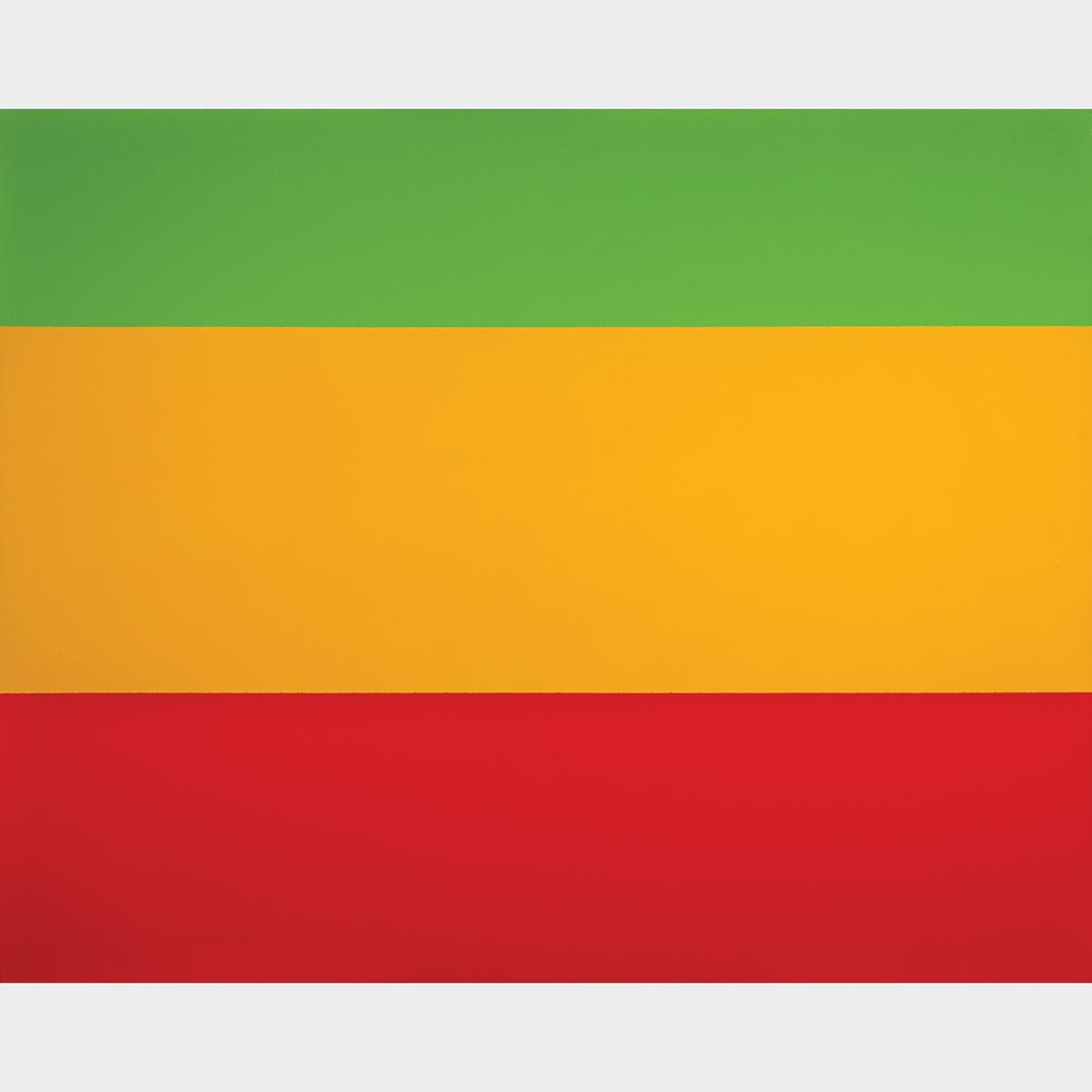 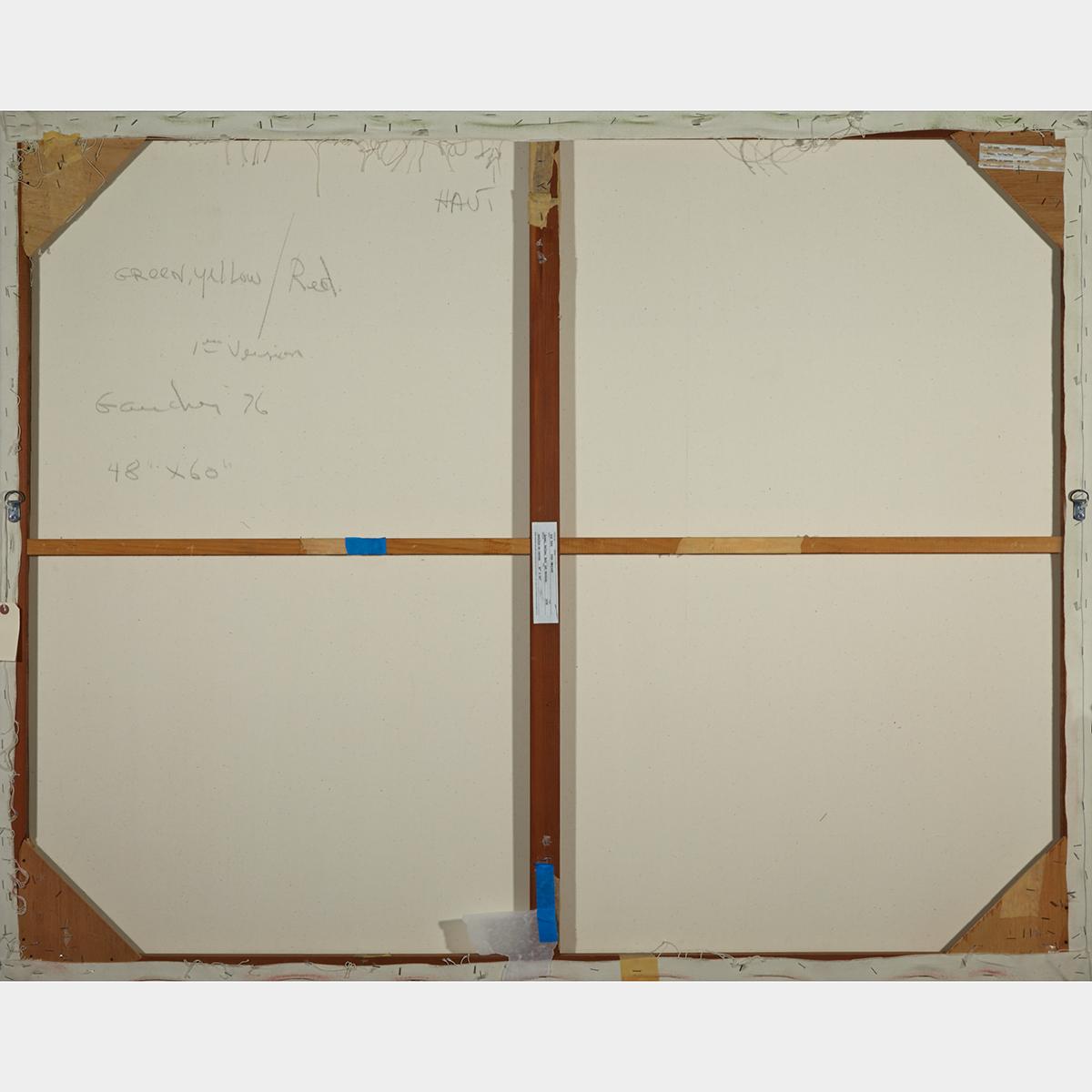 Gaucher and Molinari are often considered together as their paintings appear to have much in common at first glance. However, unlike Molinari, Gaucher's paintings must be viewed as one single object as opposed to a sequence of visual experiences.

Molinari's stripe paintings are meant to be considered sequentially, to be read from one side to another, each field of colour in relation to the one adjacent. Accordingly, the orientation of stripes arranged horizontally in this work, as opposed to vertically as in so many of Molinari’s paintings, is not whimsy, but compels the viewer to consider the work holistically.

Prior to 1970, Gaucher worked from drawings which allowed him to scale up his ideas more easily. However, after 1970, Nasgaard writes: "When structure and colour became inextricably linked, drawings were at best an initial step in exploring ideas. There was no predicting how a particular balance of yellow, red and grey at drawing size would work blown up to 9 x 15 feet.”  With respect to his practice, Gaucher will do a number of works using similar colours and even similar ratios, but of different sizes.

Nasgaard continues: “Gaucher may start at the largest size but his common working procedure is to work up to the final size. Often several sizes in the same series will be worked on simultaneously." At least one other version of this lot exists: a larger version measuring just over 9 x 15 feet.

Nasgaard quotes Gaucher explaining his painting process: "The physicality of working on a big painting, and the scale, is very different from a smaller one. I like to bounce between the big and small, on the same premise basically, just to reassess where the problem is. Sometimes you get carried away with a very large painting and you try to convince yourself that it is working. But as soon as you bring the problem back to the small one you sense that there is something wrong which you have to settle in the small one before going back to the big one, or vice-versa. To work on more than one painting refreshes my head and forces me to keep it open in more than one direction."

In Green, Yellow and Red, Gaucher provides the viewer with what Diana Nemiroff describes as a “contemplative perceptual experience.”