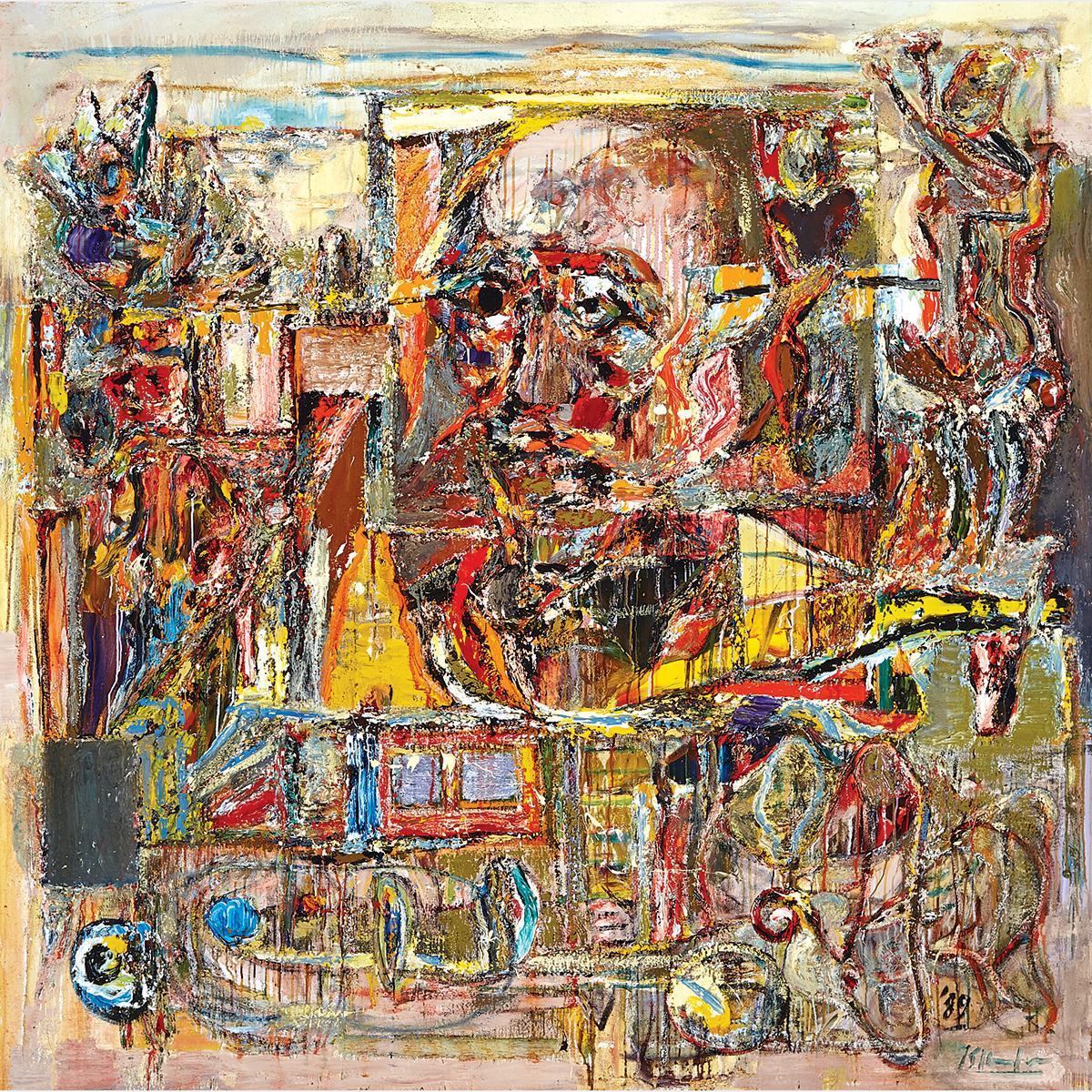 Born in The Netherlands in 1943, Harold Klunder immigrated to Canada with his parents in 1952. He studied art at Central Technical School in Toronto under Doris McCarthy, Charles Goldhammer and Virginia Luz. Klunder developed a diverse practice, working across a range of media including painting, photography, printmaking and performance.

When assessing the pervading influences on Klunder’s artwork, scholars often allude to other artists of Dutch heritage such as Willem de Kooning and Karel Appel. Yet Klunder himself defies rigid comparisons. He paints according to feeling: creating charged surfaces intuitively and freely – removing himself from the formal aspects of painting.

Through Klunder’s process, texture amasses in abundance. The sculptural forms created by his thick impastos carry as much life as the subject matter of the works themselves. Heavy paint pulsates with a buoyancy of colour. These are not works resulting from a quick slather; these are works that accumulate momentously, like geological formations.

Klunder’s paintings give a taste of the surreal despite being rooted firmly in real life. They are bohemian, musical and abstract, chunky.

In recent years, Klunder has increasingly explored self-portraiture of which this lot, The Geometry of Pain (Self Portrait I), 1989, is an example. Paralleling the process of personal development – which happens slowly, cumulatively, and over many years – Klunder works on a single painting for years at a time. The canvases gestate, forming over a duration as vivid and living, weighty with the human experience.

According to Clint Roenisch Gallery, the National Gallery of Canada purchased Klunder's monumental, 24-foot by 8-foot, six-panel painting Infinity On Trial (2005-2007) for the permanent collection in 2007. The gallery also notes that in 2014, CadillacFairview purchased Flemish Proverb (2012-2014) for the foyer of their new Deloitte building opening this summer in Montreal.