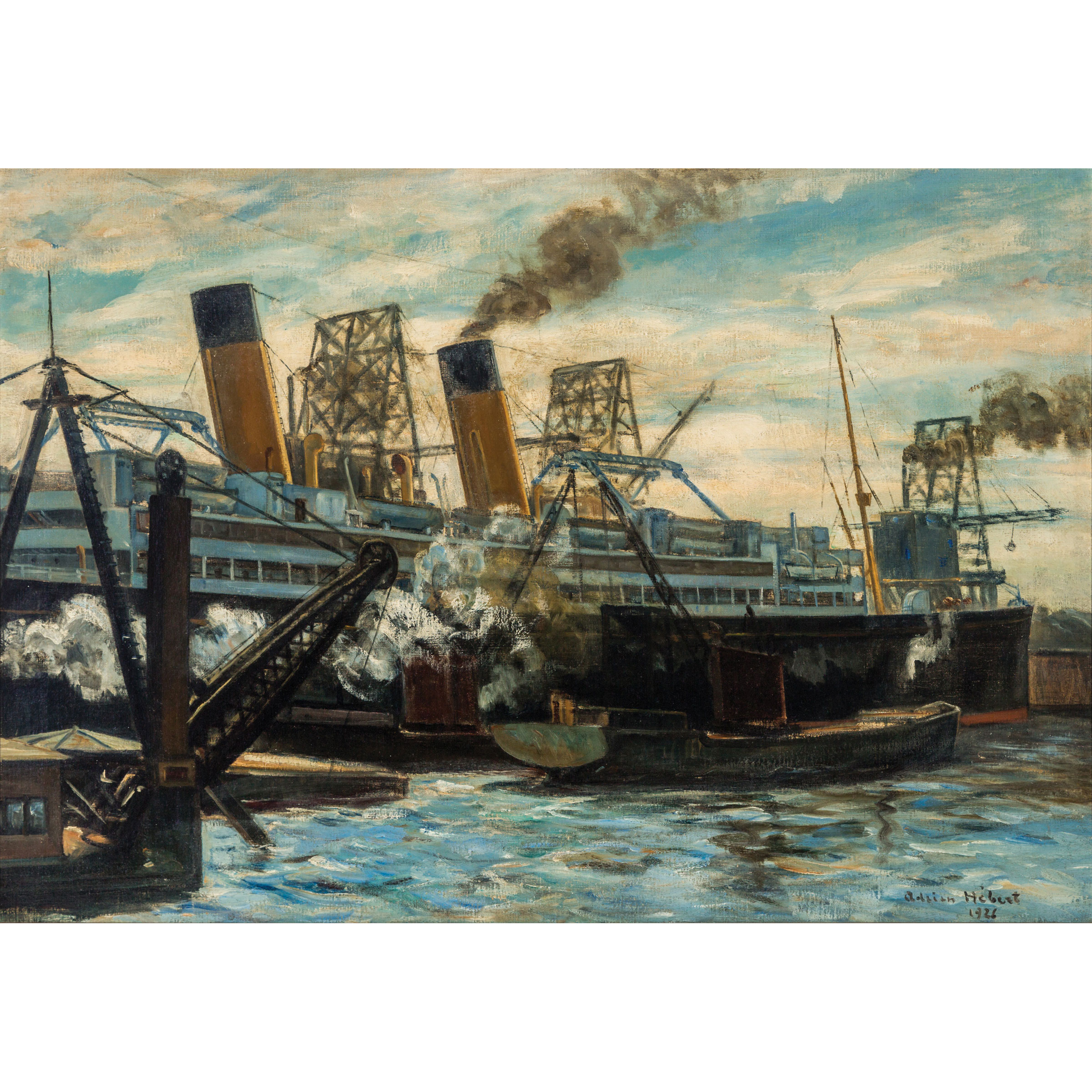 Harbours and ports were among a handful of subjects preferred by artist, Adrien Hébert (1890-1967). After several years in France, Hébert returned to Montreal in 1924, painting a small number of port scenes such as this lot and lot 25.

In contrast to many of his compatriots who viewed urban centres and commerical hubs like the Port of Montreal as a source of “doom and perdition”, Hébert celebrated the city’s “modernity, vitality and optimism”. Hebert was a cultivated, liberal intellectual who took a global view of the role Montreal could (and would) play.