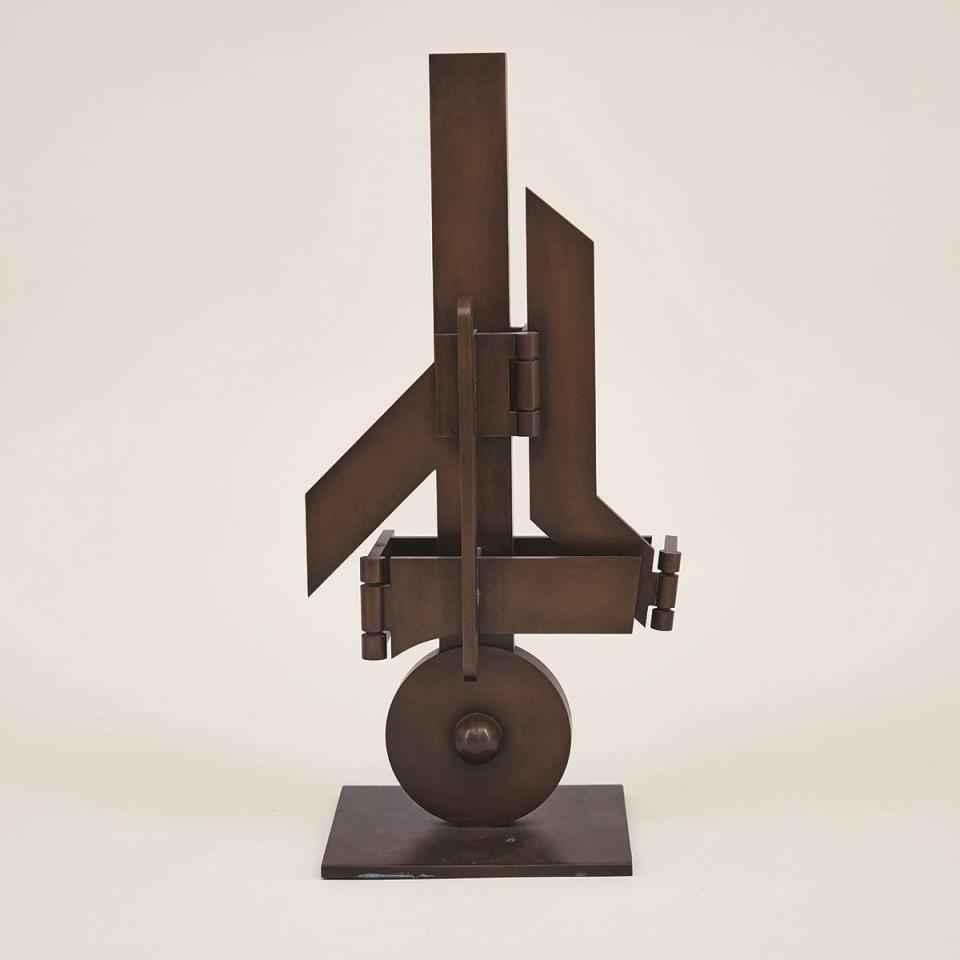 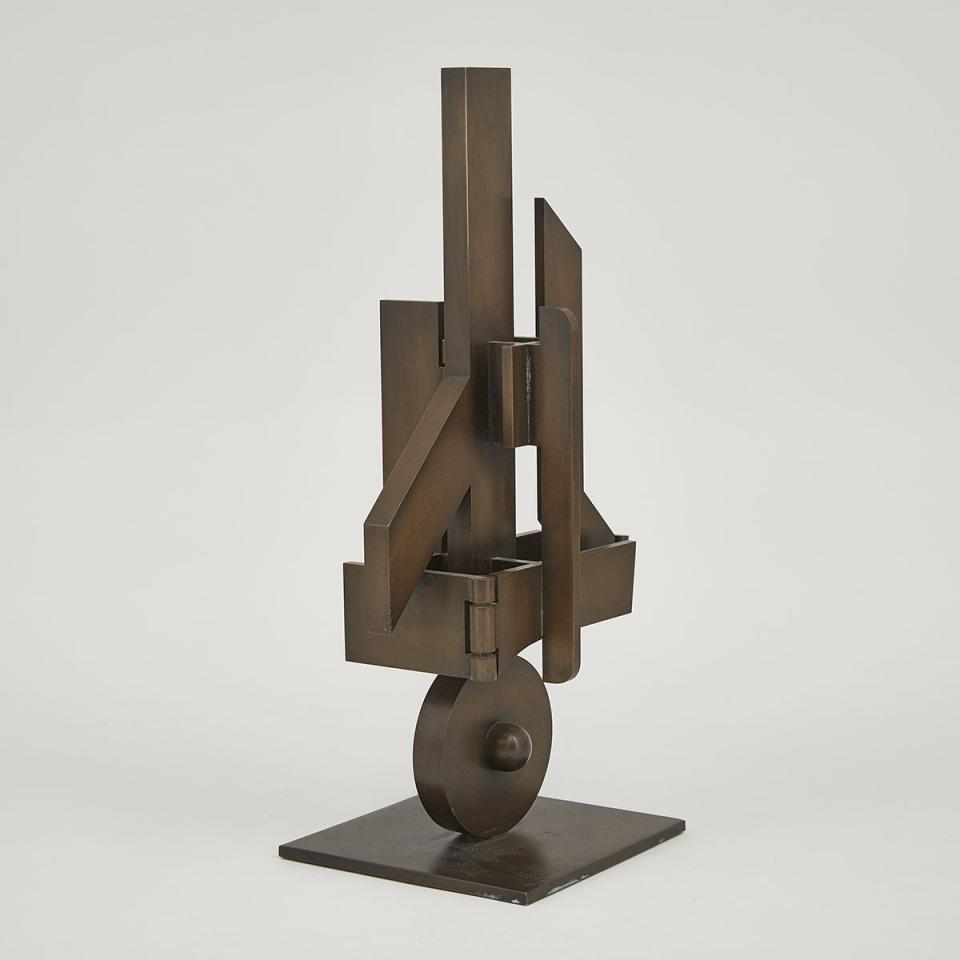 Ad Reinhardt famously described sculpture as what you bump into when you are looking at a painting.  While Sorel Etrog's (1933-2014) work may be found in museums - increasingly since his death and the generous donations from the estate that followed - many of us have encountered this late great sculptor’s work as a result of "bumping into them"  on busy city streets, office tower plazas, college campuses or public parks. Indeed Sun Life, the monumental work associated with this lot, is a major landmark on the edge of Toronto's financial district and is well-known to the tens of thousands of people who pass it each day on the way to their offices or en route to the entertainment district nearby.

This maquette was produced by Etrog as a gift to the Sun Life Assurance Company executive who commissioned Etrog's monumental sculpture Sun Life, situated at the corner of King Street West and University Avenue in Toronto, circa 1984.

The disc or sun at the base of the sculpture is an echo - albeit reinterpreted to reflect the aesthetic ambitions of this contemporary version - of the motif which Etrog used decades earlier for his famous Sunbird sculptures of the late 1950s and 1960s, underscoring a continuity or “ancestral link” to his earlier work.

Nolan writes that “(t)he flat hard-edged forms jutting from it (the disc) repeat shapes found in the buildings nearby; they signify the industrial or business world in all its striving for power.”