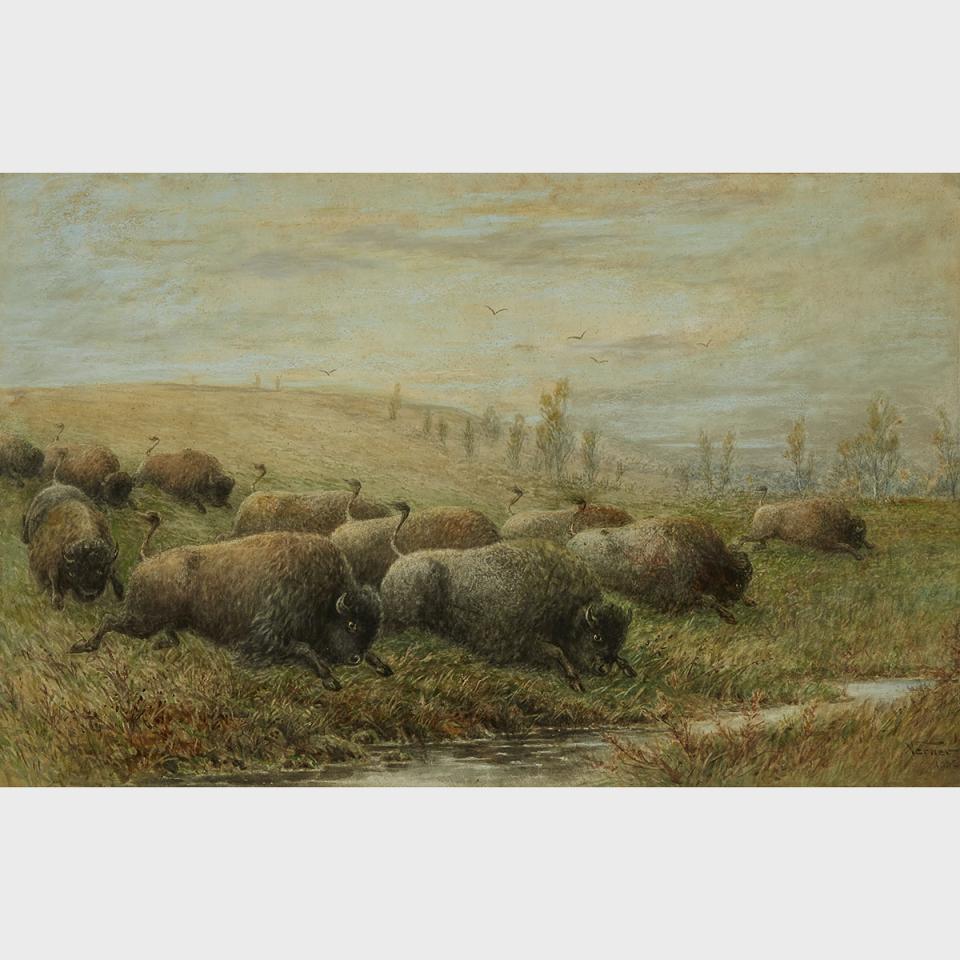 His works were seen as unparalleled and he himself was viewed as the obvious successor to Paul Kane albeit a more poetic and romantic interpreter of the land and its inhabitants. In fact, Verner and Kane met in 1862 and would become friends until the senior artist's death in 1871.  Like Kane he was of Anglo-Irish extraction, but was born in Canada. In an interesting and rare case of reverse migration, Verner emigrated to England in 1880 and except for three trips back to Canada remained there for the rest of his life. However, he continued to paint and exhibit and sell Canadian subjects while expanding his repertoire to include British scenes of thatched-roof cottages and abbey ruins. Joan Murray suggests that Verner's move to England "was an indication of the growing popularity of his work."

Verner's interest in painting buffalo can be quite precisely dated and in 1865 he painted his first rendition of buffalo stampeding. It would be another five years before he tackled the subject again and it would be another five years more before Verner began drawing buffalo from life. By 1877, according to Joan Murray, Verner's best work was executed in watercolour. This lot, executed in 1882, benefits from Verner's evolved facility in this vexing medium and increased understanding of the anatomy and mien of the large monarchs of the prairie which he had by then studied in the flesh. 1882 was a marquee year for Verner both professionally and personally. It is the year he married. It is also the year he was to sell several important paintings to her Majesty, the Queen.