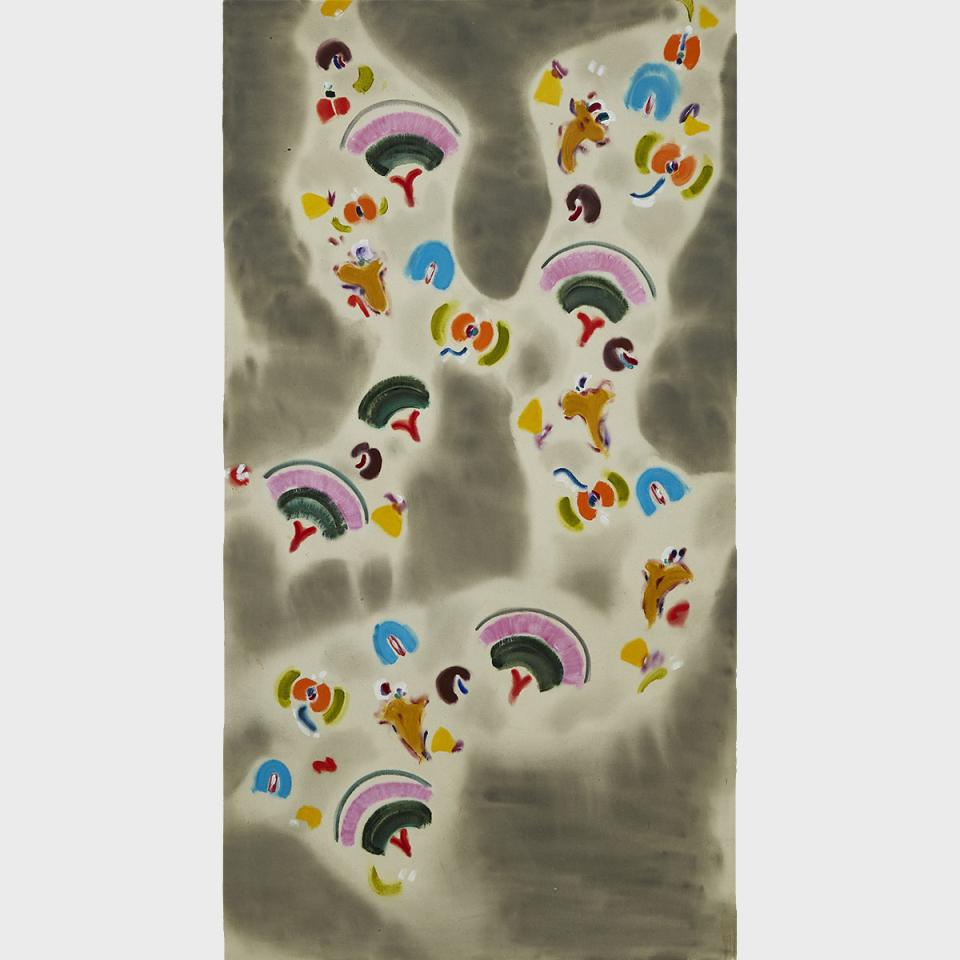 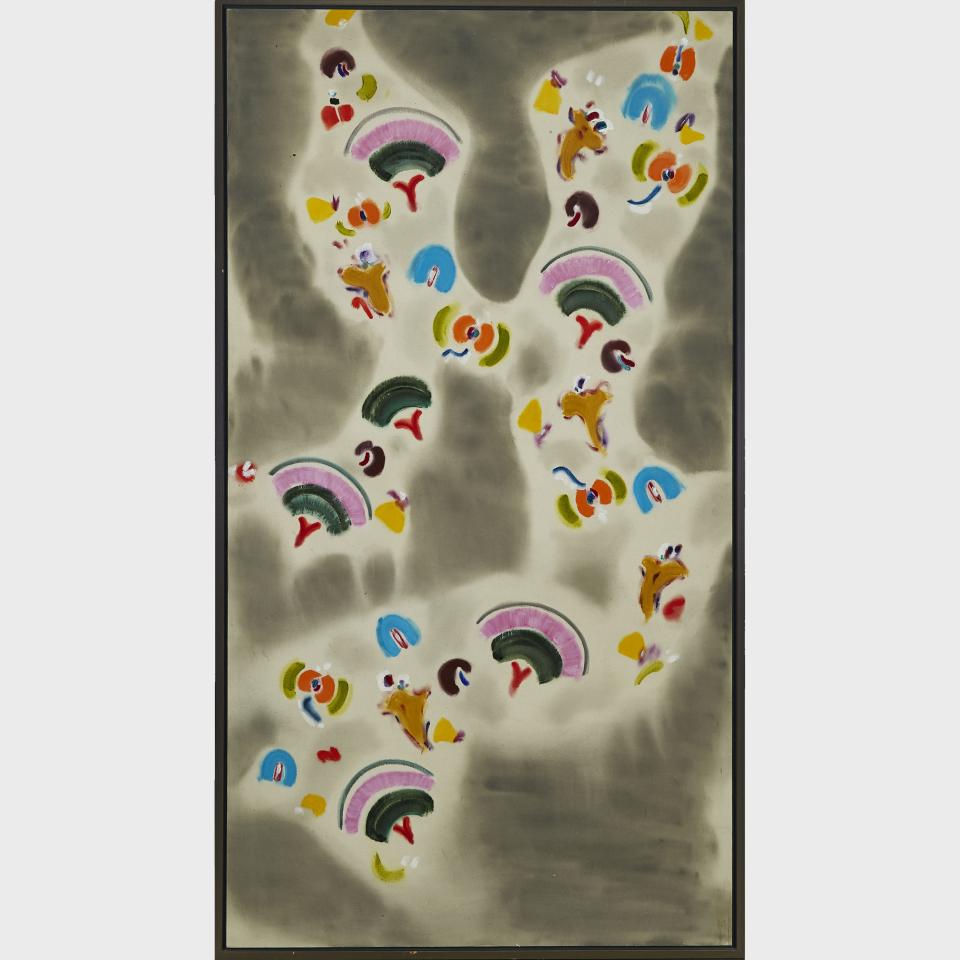 This vertically long and lyrical painting by K.M. Graham (1913-2008) is a prime example of a late modernist’s approach to the natural environment. Close-up and containing highly abstracted views of a world often hidden underfoot, Chanterelle 1 was executed during a period when Graham participated in several notable group exhibitions including the 1977 Fourteen Canadians: A Critics Choice (Hirshhorn Museum, Washington, D.C.) and the 1981 The Heritage of Jack Bush (Robert McLaughlin Gallery, Oshawa). Never entirely comfortable with the label of landscape abstractionist, this essentially self-taught Toronto painter strove to distill the essence of her engagement with and impressions of what visually moved her − whether seen in the far reaches of the Arctic and Newfoundland, the Algonquin wilderness or the more immediate surroundings of her beloved garden. Graham’s response was personal and intuitive with a debt to David Milne, Milton Avery, Henri Matisse, Morris Louis and her mentor, Jack Bush. A proverbial late bloomer – she didn’t start painting until 50 – Graham’s art is often linked to a generation of Canadian artists who emerged in the 1970s and early 80s such as David Bolduc, David Solomon and Milly Ristvedt. Another important link was with Toronto painter Paul Fournier whose work, like Graham’s was described in Burnett Schiff’s, Contemporary Canadian Art, as hovering “between colourfield atmosphere and colour drawing.” In 1984, three years after the completion of Chanterelle 1, Guelph’s Macdonald Stewart Art Centre organized a travelling survey of her art, K.M. Graham: Paintings and Drawings, 1971-1984.