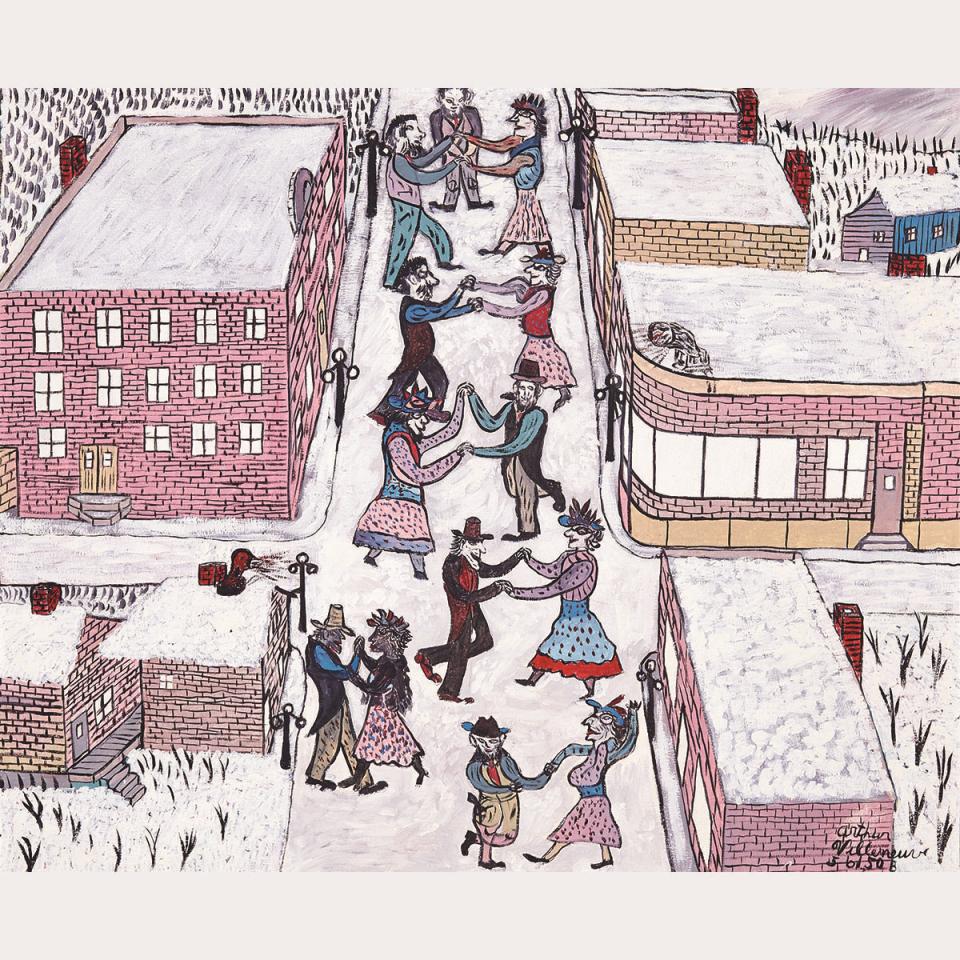 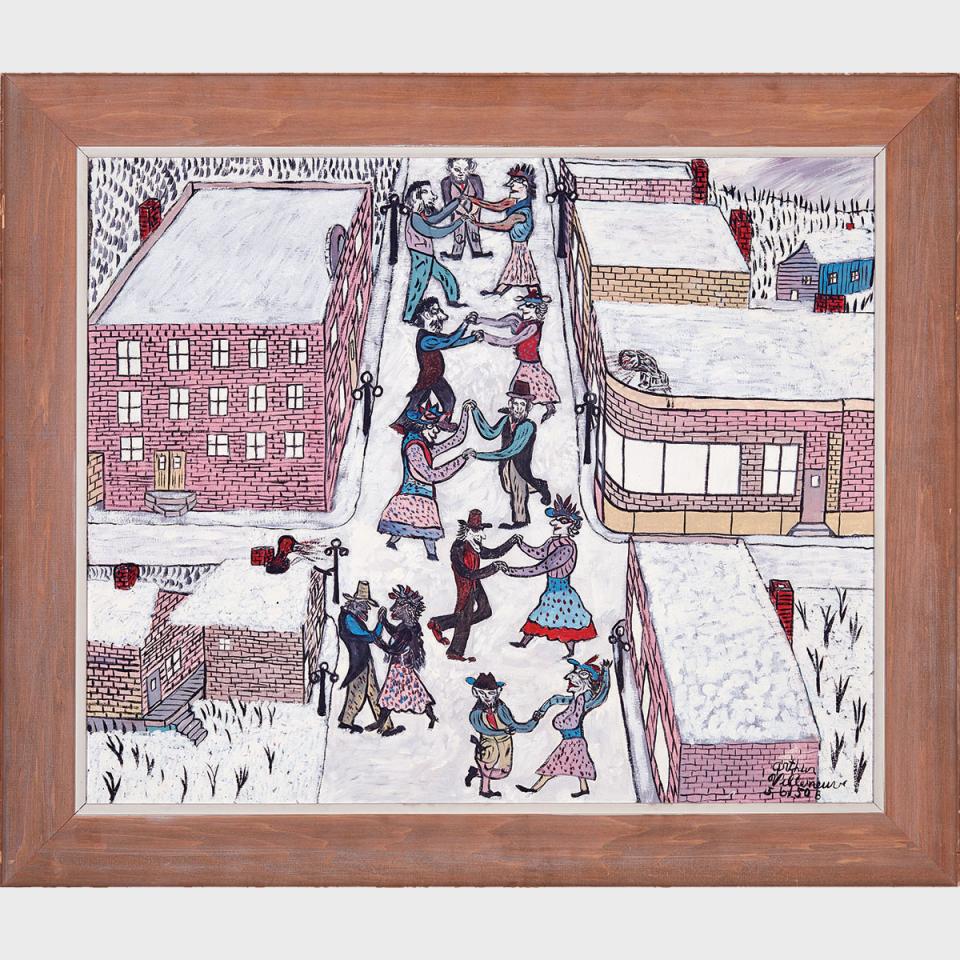 Carnivals are a centuries old tradition in the province of Quebec, where myriad towns and villages host winter festivals marking the start of the Lenten season. These celebrations can be traced back to the beginning of New France and occur in other northern countries where the winters can be arduous. Winter celebrations at Chicoutimi such as the one depicted here continue to this day. Arthur Villeneuve’s (1910-1990) painting illustrates a street party held annually during the week before Ash Wednesday, following the mayor's proclamation that “all should dress up, eat, have fun and live in the style of a century earlier.” At carnivals such as this one, music is an integral part of the celebration and revellers take the party to the streets, where they celebrate with lively dancing typically wearing masks with attenuated or exaggerated noses and mouths.